High Moon, Steve McSween And BtKIII Underneath Your Radar Screen

We had rain and even a little hail yesterday. Made for a stay inside around the fire day. As the first, big storm moved out late yesterday afternoon (we've got another one right behind the first one), the dispersing clouds revealed a high moon, above the fray. It was a beautiful sight at the end of a snugly weekend. 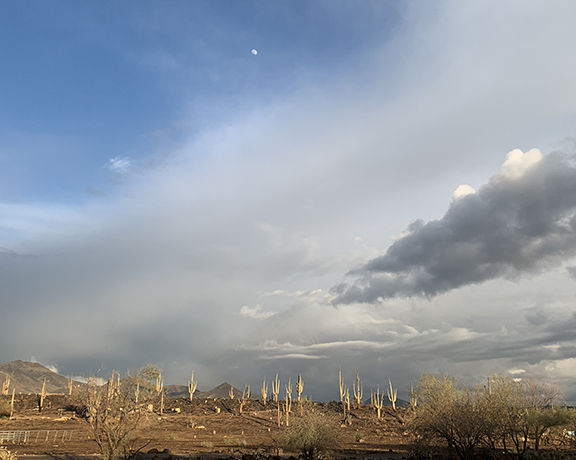 Meanwhile, it snowed today at two, and really came down, but it was almost gone when the sun came out. 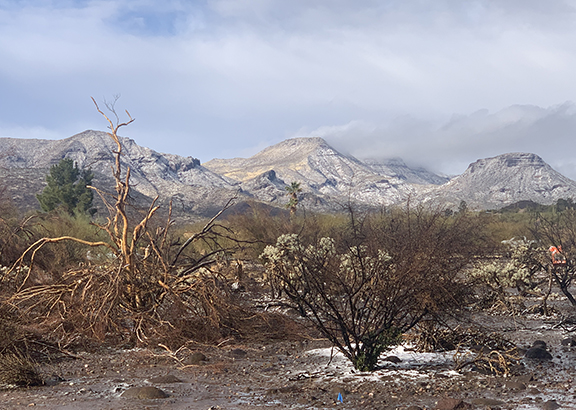 Looking North from our house

Actually, my neighbor, Tom Augherton got a better shot, which he calls "Swiss Chalet." 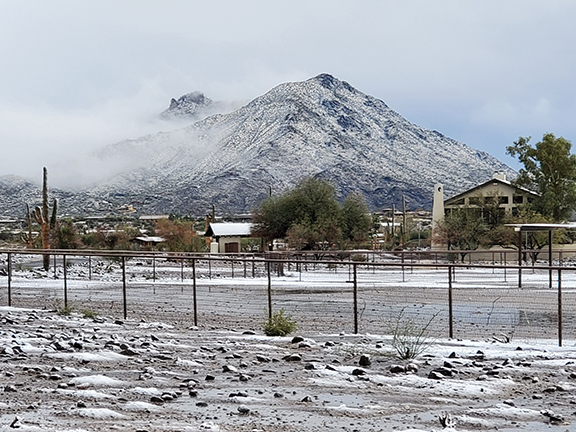 It's actually the Barro house at the end of
Old Stage Road and that is Black Mountain
in the background.

Two-hundred Billy the Kid hardbounds arrived at 4:15 today at the tail end of the above mentioned Arizona snowstorm! 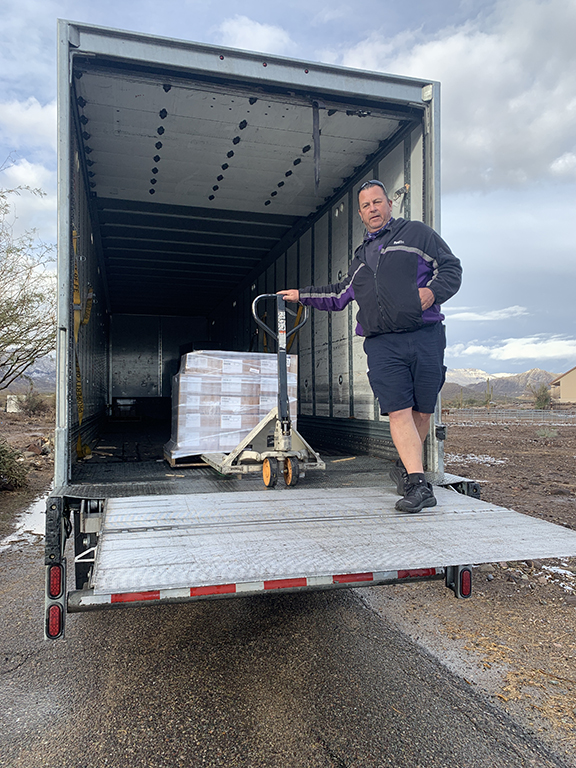 BtKIII Arrival
With the help of my wife Kathy, Uno and our neighbor Bob Hoss, who brought over a super dolly, we schlepped everything 50 yards and into the garage. And, of course, I opened the top box, took out the first one to gift to Bob Hoss (he wanted #75 because that's his age), and I took a gander at every page and it looks perfect. My hat is way off to the printers, Josten's.

Last night we watched "The Thomas Crown Affair" (1968) and I had forgotten all of the split screen, multi-panel cinematography the Steve McQueen vehicle employed and it dawned on me that this hipster-driven split-screen-phase didn't last, and I wondered why?

In the beginning (1900s), commercial films were dominated by, what is now called, the "Cinema of Attractions," which is those goofy looking, mundane shorts, with titles like, "The Arrival of A Train," and "Workers Leaving the Factory" and "Demolition of a Wall." The attraction was to pay admission to witness this new technology and see it in motion. This amused paying customers for awhile, but it was rather quickly overtaken by the "seamless narrative" where "visible craft" is seemingly erased to give the viewer the "transparent and immediate pleasure of a story." In other words the narrative feature film became the mainstream cinematic form. Fast forward to the late sixties and TV was draining off movie goers like crazy so in some ways The Thomas Crowne Affair with the split-screen effect is trying to one-up the TV experience with something that would not play well on the small screen. Or, at least that was the thinking at the time. Unfortunately the split-screen pays too much attention to itself and totally breaks the suspension of disbelief and the commitment to narrative. So it never really caught one, but incredibly, it still is used in some modern films. Can you name them?

"Like Steve McQueen, all I need's a fast machine, and I'm gonna make it all right. Like Steve McSween, underneath your radar screen, you'll never catch me tonight."