Vente Or Veinte, Uno Is Going to Come Either Way

So it was a shower miracle that gave the pandemic puppy his final nombre de hombre. Kathy came out of the shower two nights ago, dried herself off and said, "He's a 2021 dog, so we should call him 'Vente, Vente Uno' or just Uno.'" That was enough for me. There was only one problem:

Paula McCue Ellis
"Vente" = Come! (You come!). Clever.
"Veinte" = 20
Okay, but it still works, either way. "You come! Uno!" or, "Hey, Twenty-Twenty-One. You come!"
Anyway, he is starting to answer to "Uno!" but I also like to confuse him with, "Vente, Uno! Vente!" Somehow, I think he's smart enough to figure it out, because there's a treat involved either way. 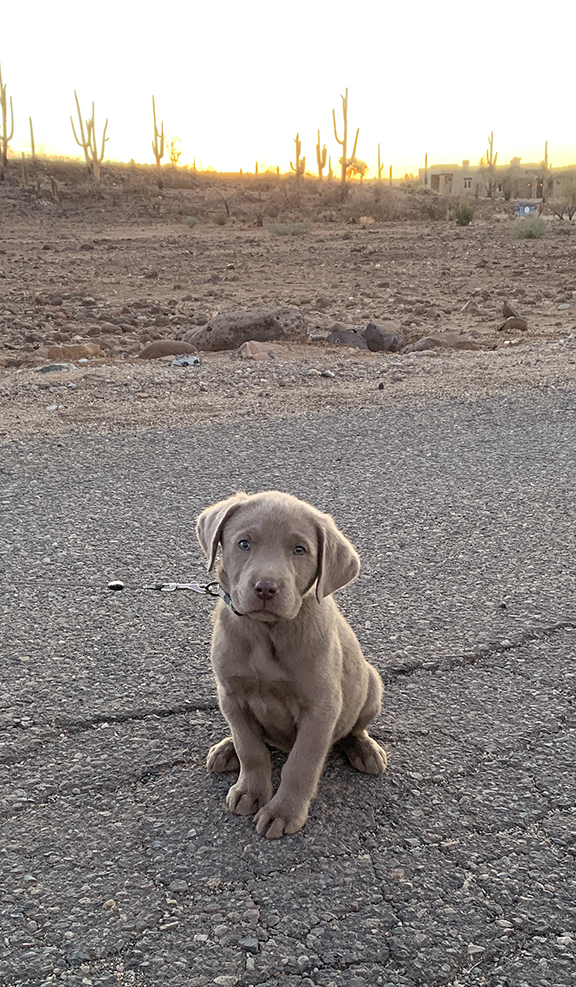 Veinte-Veinte-Uno On The Road Again
Kathy bought a new lemon tree for the back yard and a certain pandemic puppy got real excited about watering that certain tree. 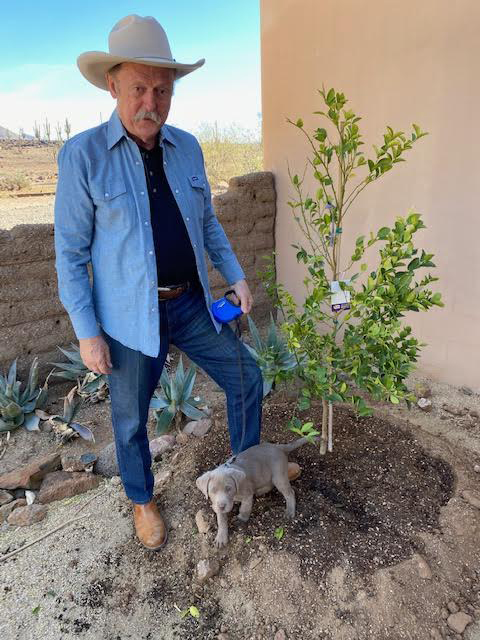 BBB and Uno Looking at
Watering Obligations
Should be fun. Meanwhile, finished up a final scene I wanted to do for the next CG. 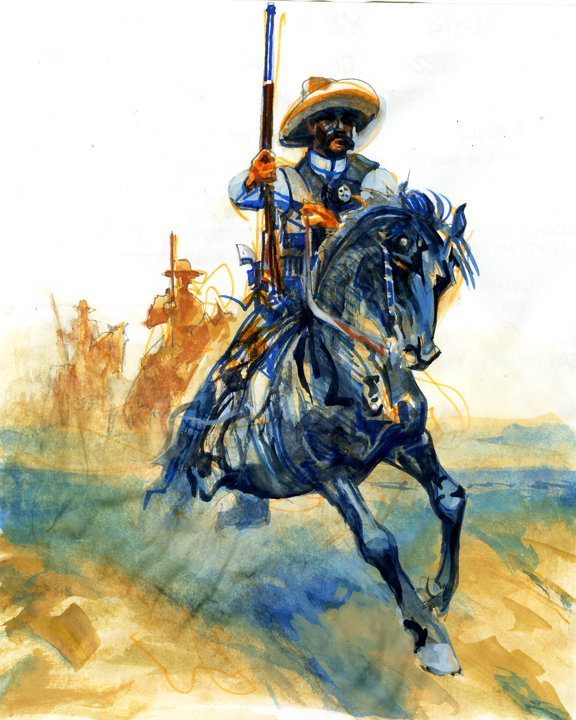 Daily Whip Out:
"Bass And Crew On The Hunt"
I've got a story I want to tell about this Black lawman and his faithful sidekick Larry, and I think it could be a cool way into a new kind of Western. On the other hand. . .
"Nothing stinks like a pile of unpublished writing."
—Sylvia Plath
Posted by Bob Boze Bell at 8:02 PM