You Can Expect More Cowbell From Mr. Bell in 2021

The very idea of "more cowbell" is now classic zane, thanks to a Saturday Night Live skit with Christopher Walken playing a record producer who comes out of the studio control room over and over, pleading with the band to add more cowbell to a fictional studio session for the song "(Don't fear) The Reaper" by Blue Oyster Cult. The skit is a send up of VH1's documentary series Behind the Music and was written by Will Ferrell, Donnell Campbell and Erika Perez. It aired on April 8, 2000 and is still worth a giggle, or two.

This is Will Ferrell at his very best, and I especially love the too short, hipster shirt that exposes his ample love handles. Just a hilarious and perfect detail to a hilarious send up of a zany band with a zany name and a zany tune. This bit about the weakest link in a drummer's kit has entered the culture as a catch phrase with instant recognition. How does something so small and so insignificant—a cowbell!—become larger than the genre it is, in fact, sending up? I'm not sure but frankly, I have some history with the instrument. 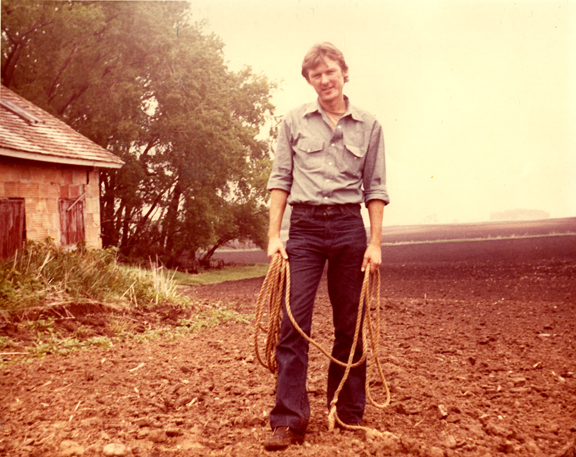 I've had a cowbell on virtually every drum set I have owned since 1964, but with the possible exception of "Honkytonk Women" by the Stones, which starts with a classic cowbell riff, I'm hardpressed to think of another tune we played that utilized one. 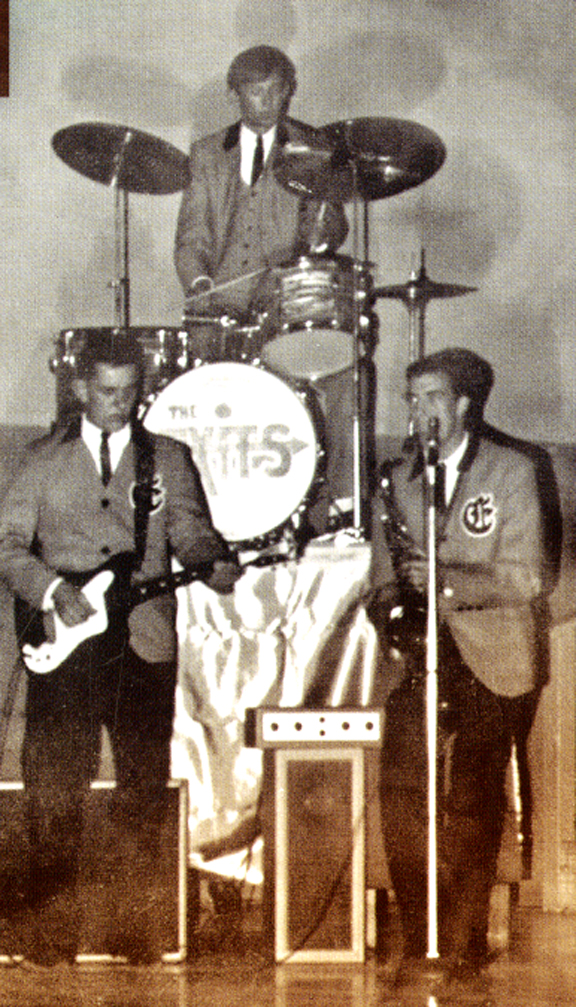 If you hadn't noticed, I get quite a bit of inspiration from Rockers. I believe this quote brilliantly sums up our current predicament better than any politician:

"I feel empathy for the people who have been so manipulated and had their beliefs used as political weapons. I may be among them. I wish internet news was two-sided. Both sides represented on the same programs. Social media, at the hands of powerful people – influencers, amplifying lies and untruths, is crippling our belief system, turning us against one another. We are not enemies. We must find a way home."

And this brings us to Leslie West and Mountain.

Leslie West, the Distinctive 'Mississippi Queen' Rocker, Is Dead at 75

I am inspired by two things in his obit. One is, his real name was Leslie Weinstein. When his parents divorced, he changed his name to West. Hmm, that was certainly a creative tweak. The second inspiration is the comment about the description of his playing style as "snarling lead lines" and guitar effects that are "uncommonly thick, with a vibrato that could shake with earthquake force." 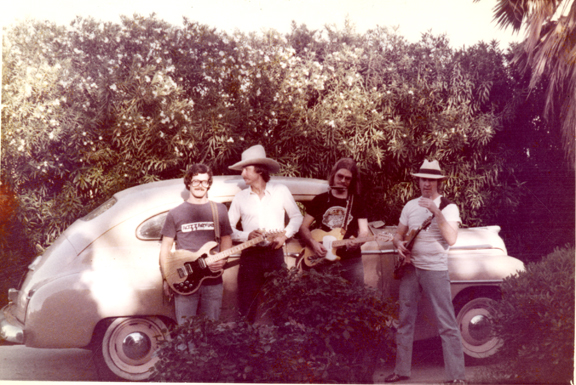 Mr. Jack Alves, at left, the lead guitarist
in the Razz Band, circa 1984,
had some major, snarly Leslie West
style crunch.

Here's Leslie to sum it up: "If you take a hundred players and put them in a room, 98 or 99 of 'em are gonna sound the same. The one who plays different, that's the one you're going to remember."

To me, this not only applies to music, but to magazines and books and Daily Whip Outs for that matter. 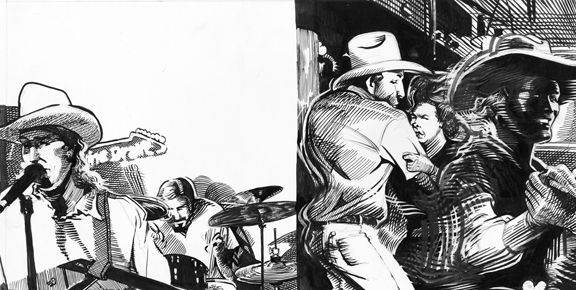 "Honkytonk Sue Gets Down at The Heatwave"

Notice the drummer in this early BBB strip is on his cowbell. Oh, the details! The moral of the story is, you can expect a whole lot more cowbell from Mr. Bell in 2021.