The Best Parts of The Worst Half of A Ridiculous Year

In celebration of the passing of the most ridiculous year in memory, here is the second half of my notes culled from the six sketchbooks I filled with scribblings and notes in the past 12 months. 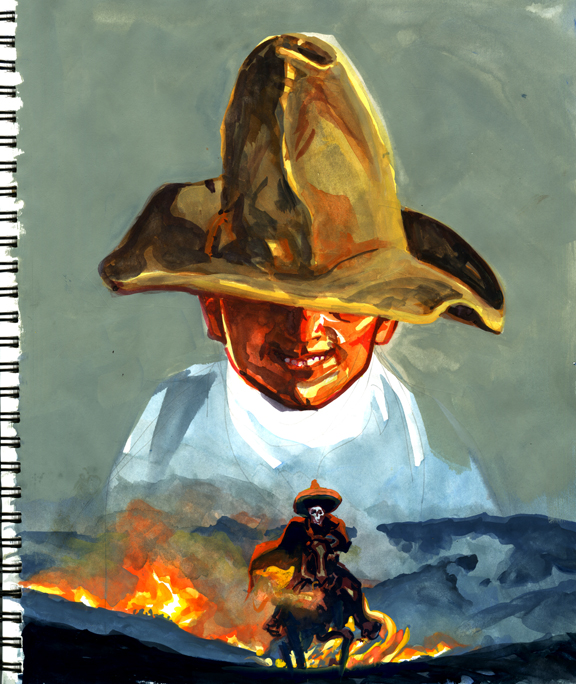 Just prior to the quarantine on March 13, I became obsessed with a certain Mexican character I have wanted to pursue for some time. 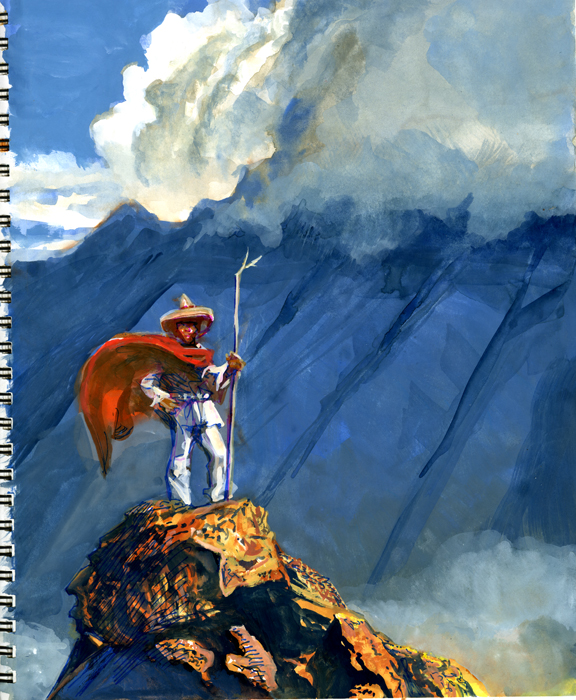 Daily Whip Out:
"Pendejo On The Peak"

Some of my New Mexican friends are a little mystified and troubled by my character's nickname (hello Lynda!) but I just think there is room in the graphic novel world for one bonafied A-hole. Not to be too crude about it all but I actually think a name for last year could seriously be, 2020: The Year of The Asshole. Or, is that too sentimental?

But enough about rectal matters. Let's get on to my reflections and concerns about being in the heart of the demo ripe for coming down with Covid-19. 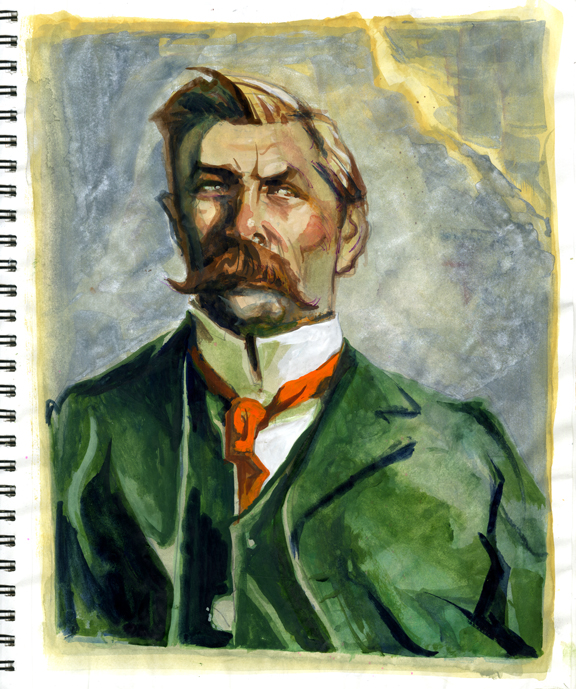 Daily Whip Out: "The Scowler"

• Whoever said one person can't change the world never ate an undercooked bat. 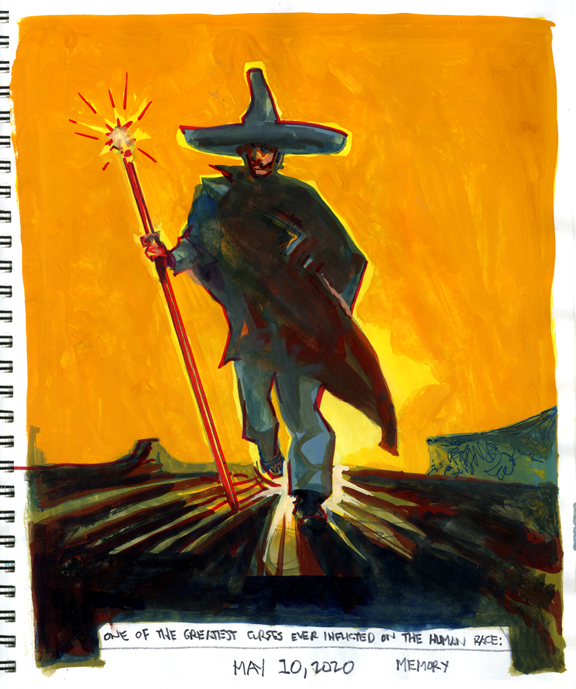 Daily Whip Out:
"A Walk Down Memory Lane"

• One of the greatest curses ever inflicted on the human race is memory. In the middle of our never-ending quarantine, for some reason I keep obsessing about a waiter at Victor's in NYC who spilled soup in my lap. I'm almost positive he did it on purpose and the restaurant paid to have my jacket cleaned but the real question is, what the hell was I doing to incite such hateful scorn? True, I was wearing a cowboy hat and I was probably talking loud and joking around and I was with The Top Secret Writer and my son Thomas, so, well, of course he must have had it in for me. Or, maybe it's all in my head (Kathy thinks it is). Ha. True, this was in 2006, but this was not a fun obsession to be dwelling on in the middle of a pandemic. Too much time to think about snotty New York waiters and a long forgotten dinner in a Cuban restaurant I will never go back to.

So, there was that. 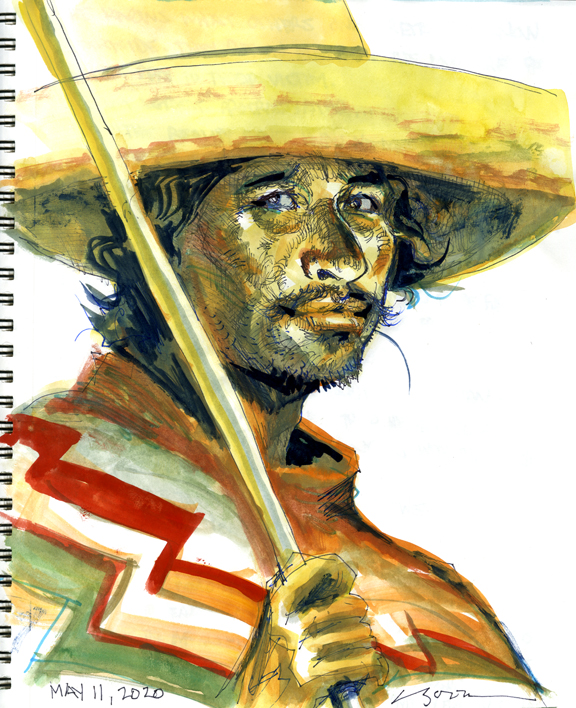 • The tiger and the lion may be more powerful, but the wolf doesn't perform in the circus.

• Now, in the middle of the pandemic, marijuana is legal and haircuts are not. It took fifty years but the hippies finally won!

• A wise man can learen more from a foolish question than a fool can learn from a wise answer. 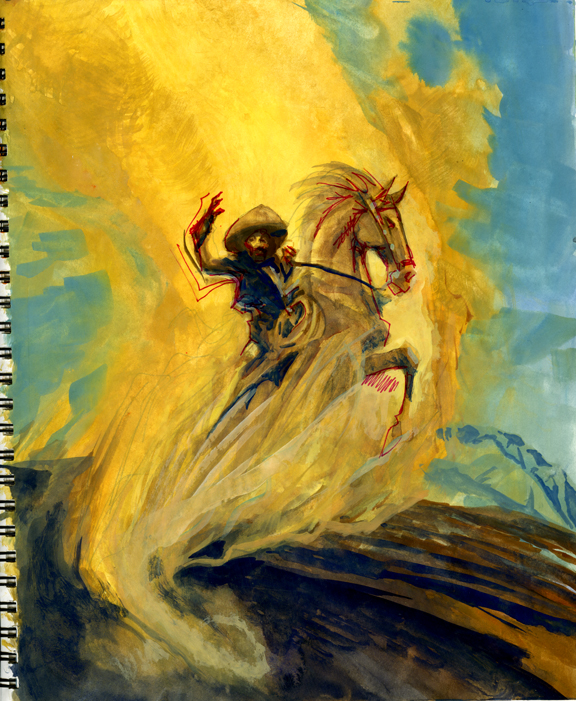 I did at least a dozen of these studies, inspired by two things: A plethora of dust devils I witnessed last summer and fall and the inescapable, metaphorical connection between these devious "devils" and the death and destruction of the Mexican Revolution, which I intend to marry in an upcoming project, or two. 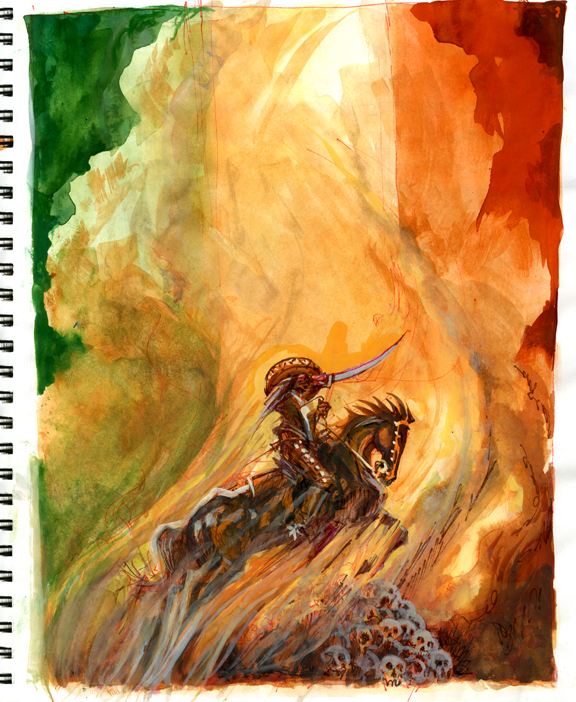 "Seeing ourselves as others see us would probably confirm our worst suspicions about them."

• During the daytime I don't believe in ghosts. After dark I am more open-minded.

"I hate the feeling of being nervous and when that verges on panic, I get great ideas. The more I feel backed into a corner, the more rewarding it becomes when I figure my way out of the corner."

"No matter how great the talent or efforts, some things just take time. You can't produce a baby in one month by getting nine women pregnant."

"What usually has the strongest psychic effect on the child is the life which the parents have not lived." 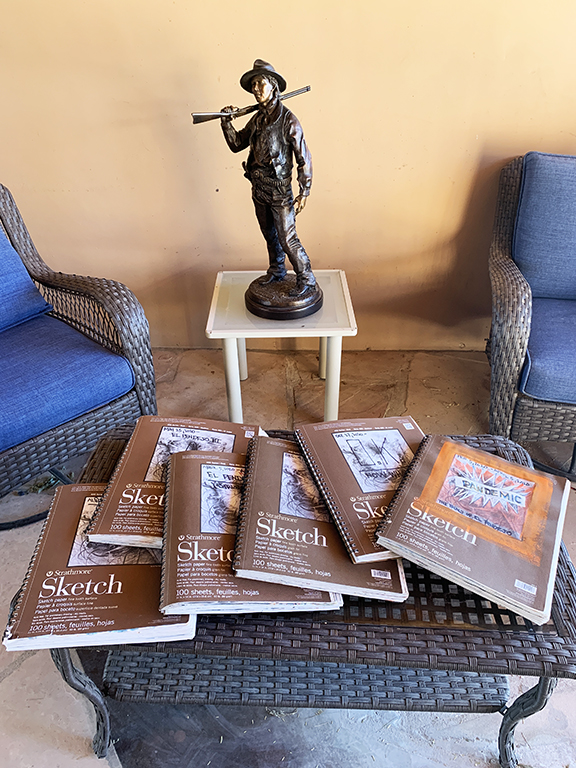 All Six Sketchbooks And The Kid

• Learning is a slow process but quitting won't speed it up.

"Your struggle is your strength. If you can resist becoming negative, bitter or hopeless. In time, your struggles will give you everything."

"Everything is bad for you. We're all dying. Being healthy is just dying more slowly."

• In failure, there is victory. In death, there is life.

"Difficulty is our plow."

• Pros are just amateurs who know how to gracefully reover from their mistakes.

"In 100 years much of what I take to be true today will be proved wrong."

"The secular has left us with no rules to break and, therefore, not more thrills to gain."

"Trump is, for better or worse, the foremost symbol of resistance to the overwhelming woke cultural tide that has swept along the media, academia, corporate America, Hollywood, professional sports, the big foundations and almost everything in between. To be blunt, for many people, he's the only middle finger available to brandish against the people who've assumed they have the whip hand in American culture."

• If your candidate lost it's because you didn't put enough flags on your truck. Blame yourself.

• Your call is very important to us. Please enjoy this 40 minute flute solo.

Yes, we just got our advance copies of BtKIII and this illio, above, appears on page 27. I have to say, it's the best book I have had the privilege to work on. Kudos to Robert Ray, Dan Harshberger, Stuart Rosebrook, Ken Amorosano and Beth Deveny. Just rich color on every page and the layouts are spectacular and thanks to Stuart and Beth the typos are nil. Of course, because of the pandemic we had to work over Slack (a cousin to Zoom) and it took about 90 extra days to finish the book. I did not enjoy that, but we had to do it, and we still brought it in at only two weeks late. I paid for that though. I'm too old to be doing this and I think I broke something.

"Turn loose now you sons of bitches, I'll give you a game!"

—Billy the Kid to the men guarding the Tunstall Store, February 15, 1878

"I spent so many years in the fourth grade they gave me tenure."

"Craziness down through history, has performed impressively."

• Be careful when you follow the masses, sometimes the M is silent.

"One of the advantages of being disorderly is that one is constantly making exciting discoveries."

"I haven't spoken to my wife in 18 months. I don't want to interrupt her." 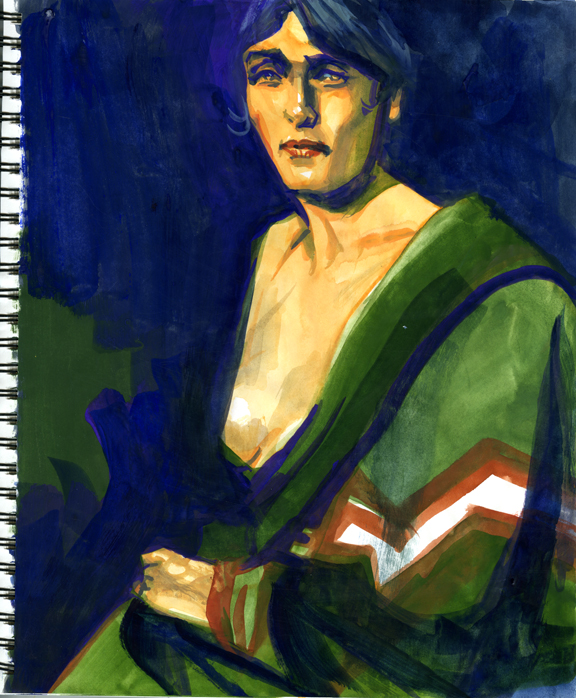 "The calamity that comes is never the one we had prepared ourselves for."

"Your religious and political beliefs don't make you a better person. How you treat those different from you is what makes you a good person."