When Ducatis and Mojave Shamans End Up In Happy Accidents

It's not easy to capture a dust devil on paper. Or, for that matter, in person. 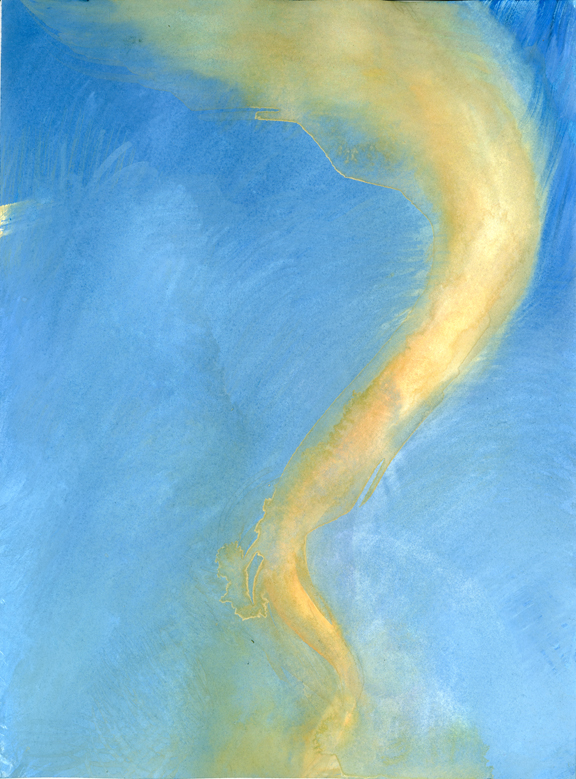 It is a subtle tease in both cases. I once watched, enraptured, as a Mojave shaman coaxed one onto the back of his Ducati. As he rode off laughing, he turned to me and said, "Be careful Batchuk, that is powerful peyote." 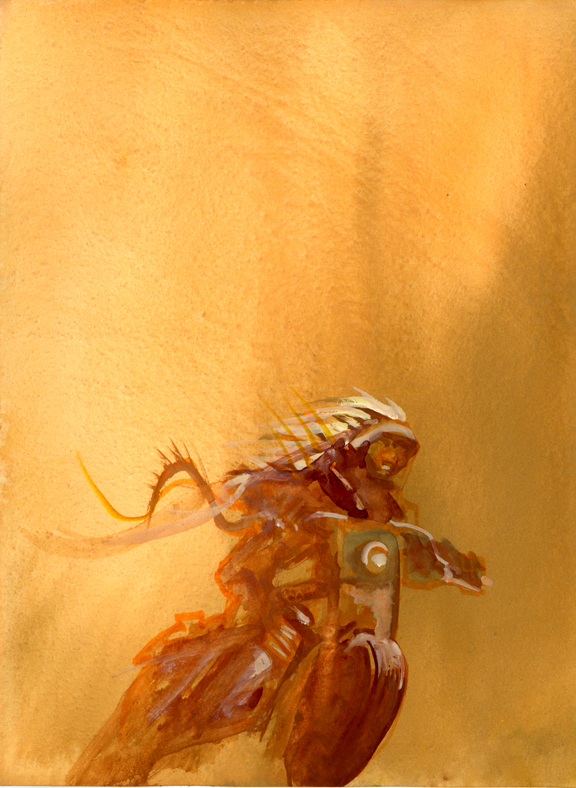 Daily Whip Out: "Mohave On A Ducati"

"Batchuk" is Hualapai for "Boy who makes us laugh."

But back to capturing a dust devil on paper. It seems like it would be easy: just draw a tube of brown air ascending up into the sky. But, actual dust devils aren't that sharply delineated. They are full of dust particles rising in a swirling, airborne mass of air. They are transparent, thus the many ghostly references of evil spirits coming out of the ground. I've done more than a few, with mixed success. 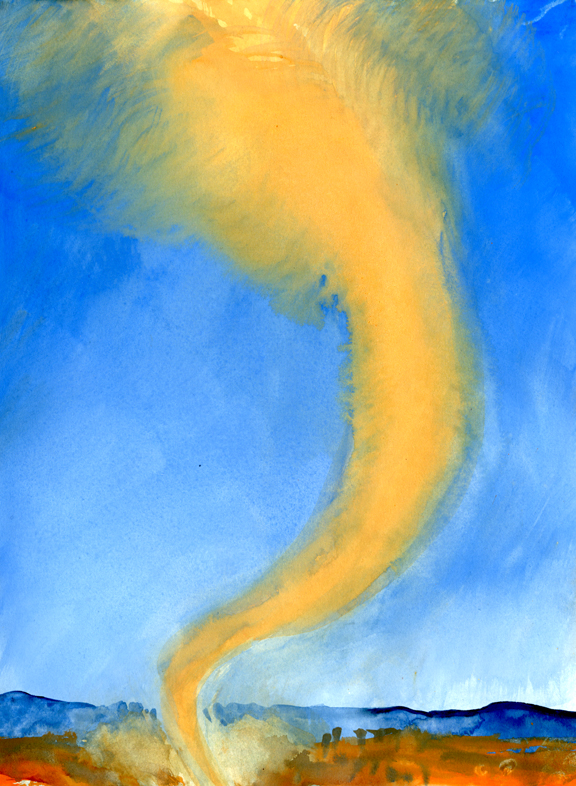 The oldtime Apaches believed these dust devils were evil spirits that emerged from the underground. To this day members of the Sinagua tribe take off their hats and place them on the ground between themselves and the approaching funnel. The Mexicans of Sonora call them "remolinos," the twisting clouds of dust are to be respected and those of the faith make the sign of the cross toward the approaching swirling mass. More specifically, some Sonorans believe the devil himself is busy underground making a commotion and his movements have seeped up through the soil into the air. 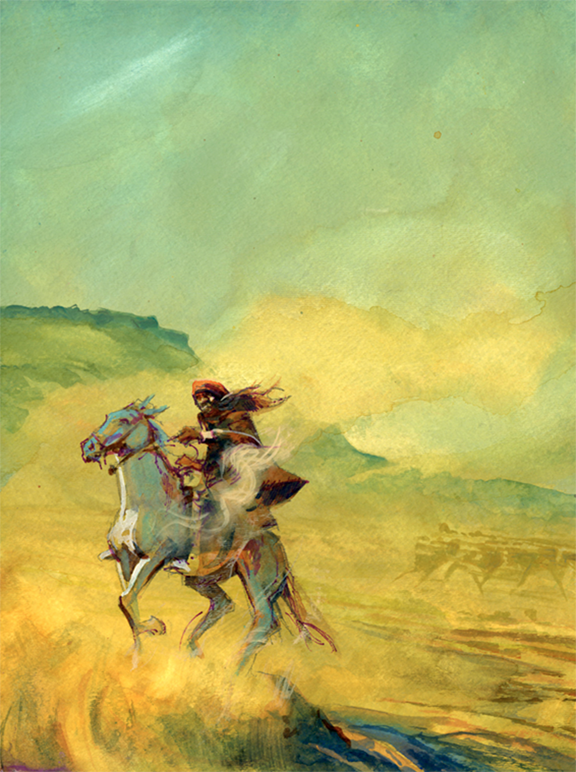 Daily Whip Out:
"The Last Place An Apache Wants to Be"

Whenever I have captured a dust devil (on paper), it has mostly been because of a Happy Accident. This is an artist term used to describe what happens when we are trying to achieve something and a completely different effect emerges, in spite of our best efforts.

"Most of the good stuff I did were gifts. It wasn't me. They pass through me. So if your soul is open to it, and you're ready, then it'll come through. Even if your technique sucks, somthing will come through."