Here's a final recap on the next issue of True West featuring Doc Holliday shooting "The Man With No Nose." Both Stuart Rosebrook and Henry Parke said they are reminded of the movie "Cat Ballou," (1965) where Lee Marvin plays Tim Strawn, who lost his nose in a fight, which is exactly what happened to Mike Gordon. 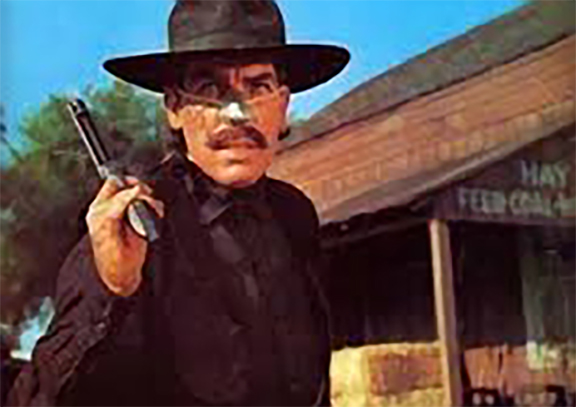 Lee Marvin as Tim Strawn in "Cat Ballou"
The movie is based on the book, "The Ballad of Cat Ballou" by Roy Chanslor. So, was the Strawn character based on Mike Gordon? Or, have there been other examples in the Old West where men lost their noses in a fight?
Well, just for grins, here is a news item from my hometown area that points to perhaps a wider realm of nose biting?

Mohave County Miner, March 23, 1901
(courtesy of Andy Sansom)
And, according to our Western Film editor, Henry Parke, "Sadly, the novelist and two screenwriters from Cat Ballou are gone, and cannot be quizzed."
Yesterday, was the third Facebook Live broadcast of "Thirty Minutes With Bob Boze Bell," and the broadcast was on Wyatt Earp In Hollywood. If you missed it, here you go:
Wyatt Earp In Hollywood. Did She Pose Semi-Nude?
Found this in my archives and thought it needed a couple tweaks. 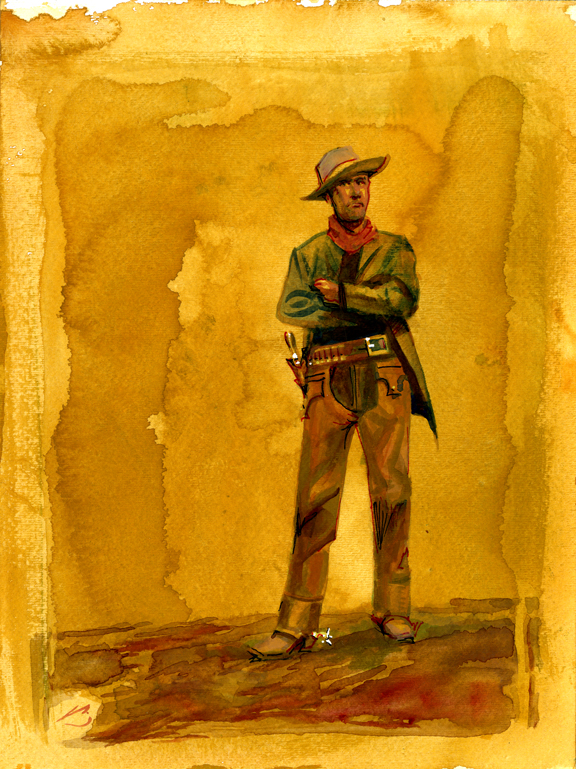 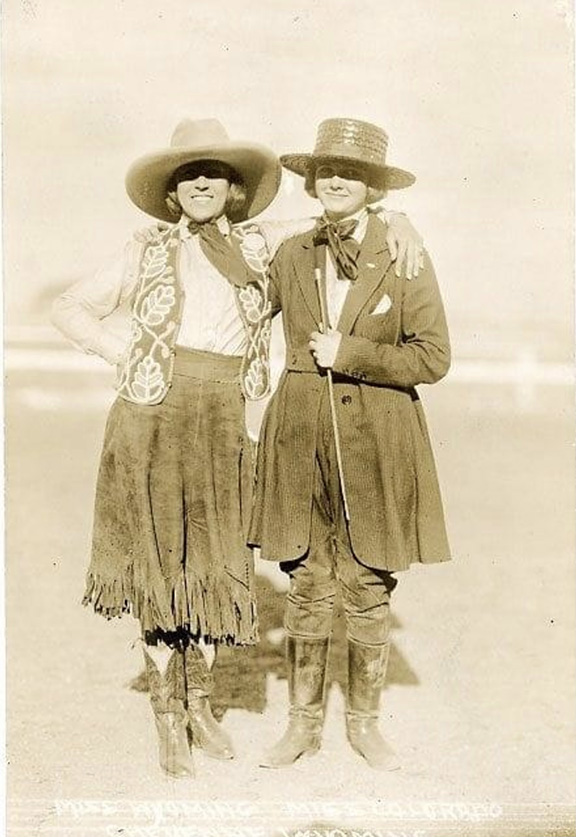 Westcoast Meets Eastcoast Cowgirls
circa 1915
"Wyatt Earp never made a dime on his story. That doesn't seem right, does it?"
—BBB
Posted by Bob Boze Bell at 11:35 AM