Honkytonk Sketches at The Hayloft Bar, Part I

Here for your consideration are the surviving sketches and notes from my long lost sketchbook about my Hayloft experiences in March and April of 1978. 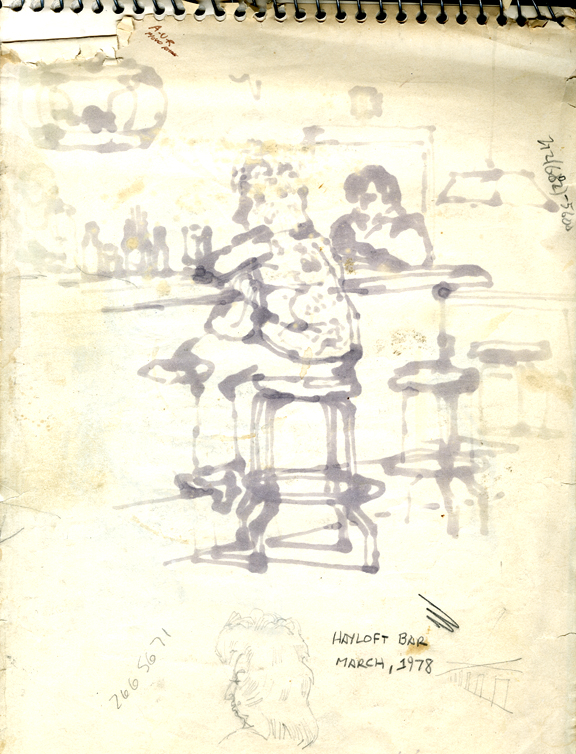 I would say the vast majority of studies I did involved drinkers contemplating the cosmos. 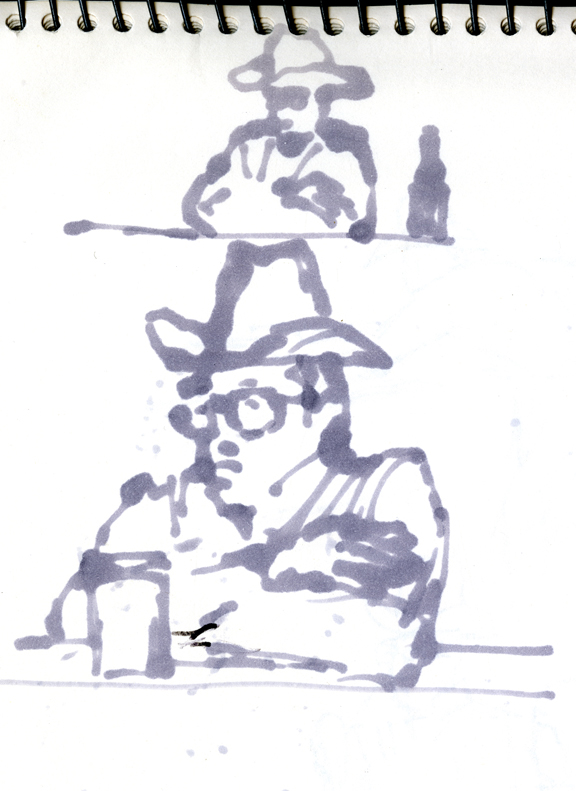 Hayloft Whip Out: "The Beer Drinkers"

Of course, I was interested in certain women who intrigued me. Probably the most historic sketches, to me, are these quick renderings of a trailer park couple who commandeered the eastside of the bar. The guy grabbed a chair with a back and mounted it on his bar stool so he could lean back, if he so wished. His date is wearing fringed moccasins and she had a pinched face and bleached white, wing-like highlights above her ears. She is the model for Honkytonk Sue's sidekick, Donna Jean. 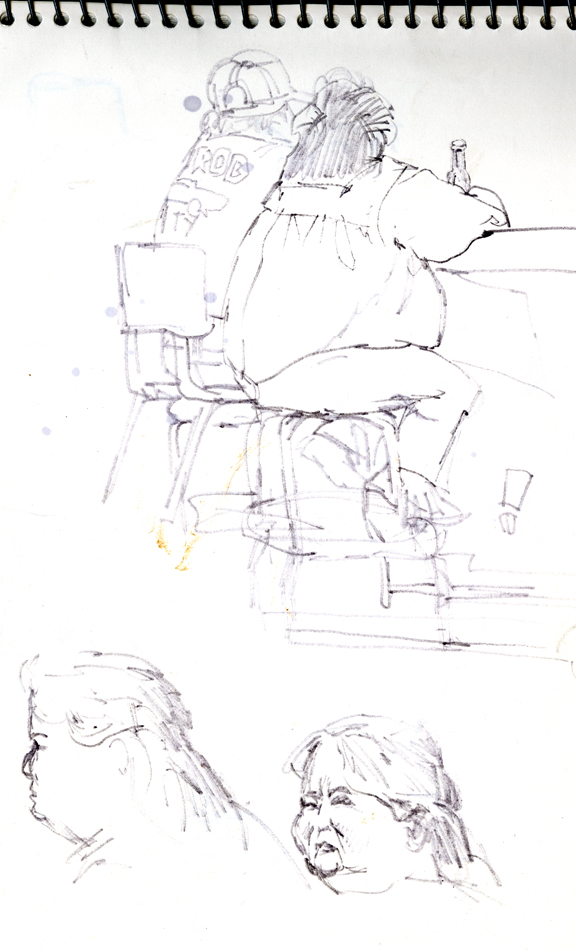 I also wanted to try and capture the number one activity in the bar. 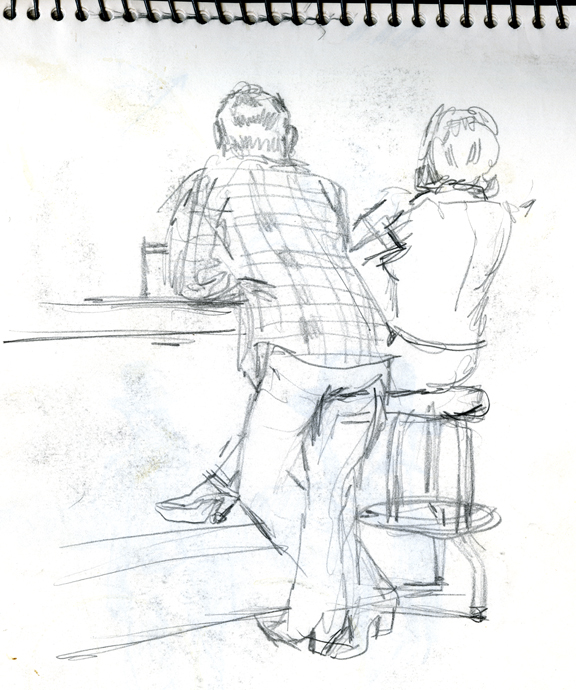 Hayloft Whip Out: "Hittin' On A Honey"

In every honkytonk I've ever played in, there is always this angry couple at the bar. Whatever the country is going through, they hate it and long for the days of old and when citizens actually loved the country as much as they do. 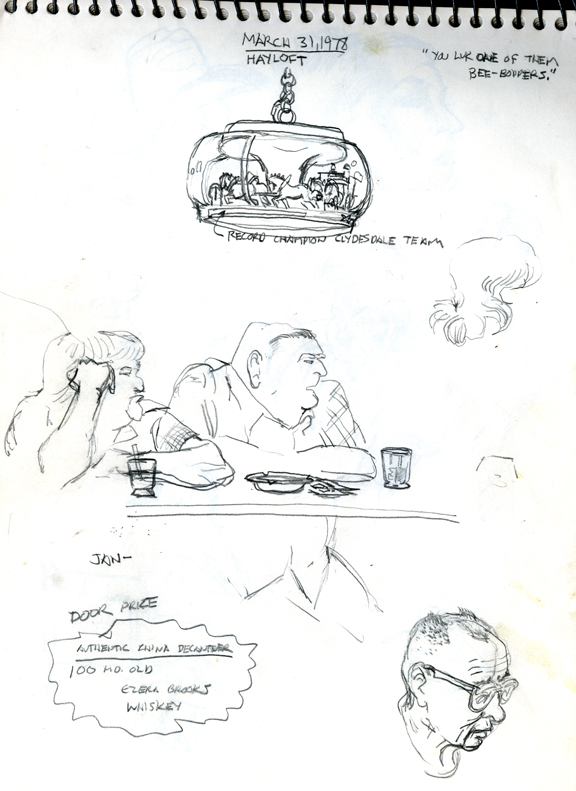 Hayloft Whip Out:  "The Angry Couple"

Of course, the Hayloft had a pool table and it was there I witnessed a scary and dramatic confrontation. 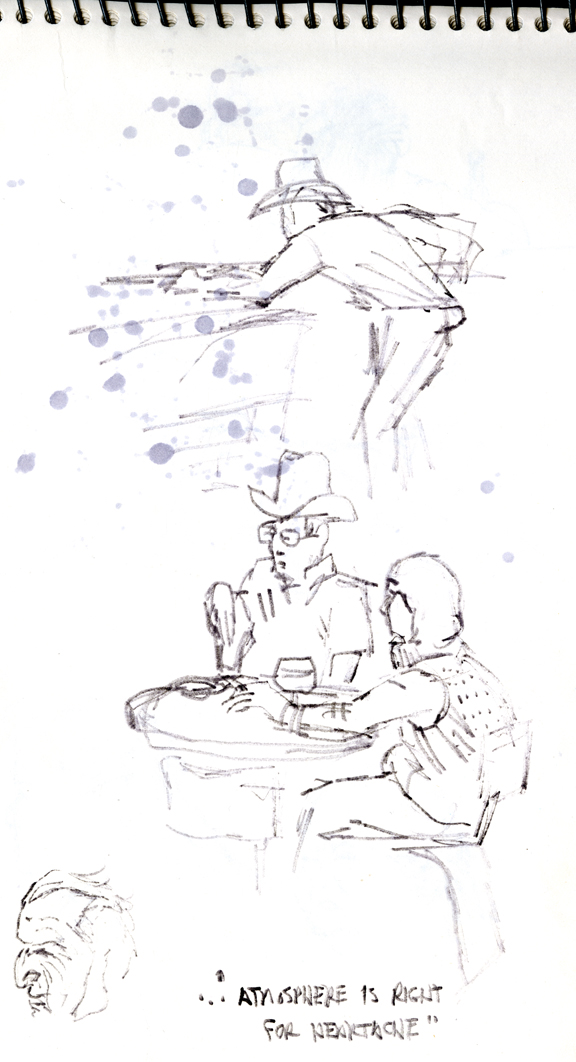 One night, on the band break I came around the corner of the bar where the pool table was and I saw a black cowboy playing pool. It was a tad shocking because I had never seen a black person in the bar, ever. Not more than a minute later, a young, rangy, redneck cowboy came up to him and they exchanged words. I couldn't hear but I knew immediately the gist of it. There was a tense moment and then I witnessed four or five other cowboys hurrying to the scene, knocking over chairs and setting down their drinks, and my heart stopped. I thought to myself, I am going to see someone get killed. One of the freshly arrived cowboys stepped between the two and pointed at the redneck and told him to get out. Mister Range Rider puffed up, of course, and made barking noises, but he finally did leave. The cowboys gathered around their friend and they all laughed and went on with their night. Don't tell me that all redneck cowboys are racist. 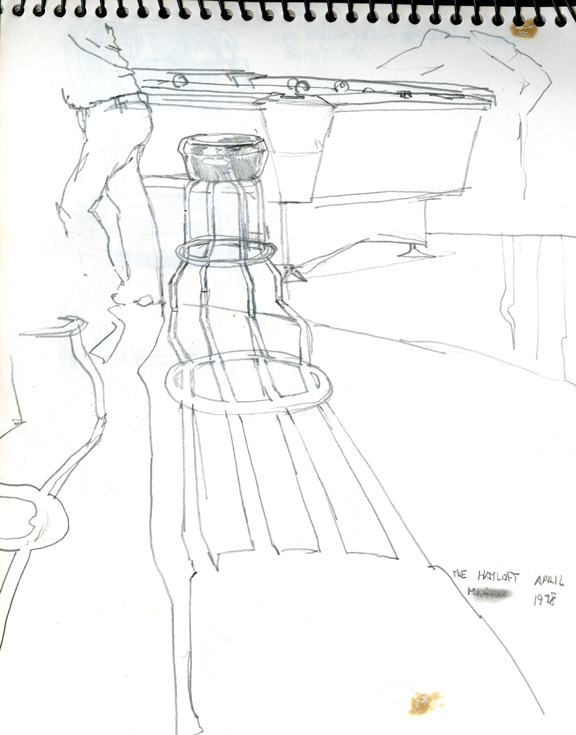 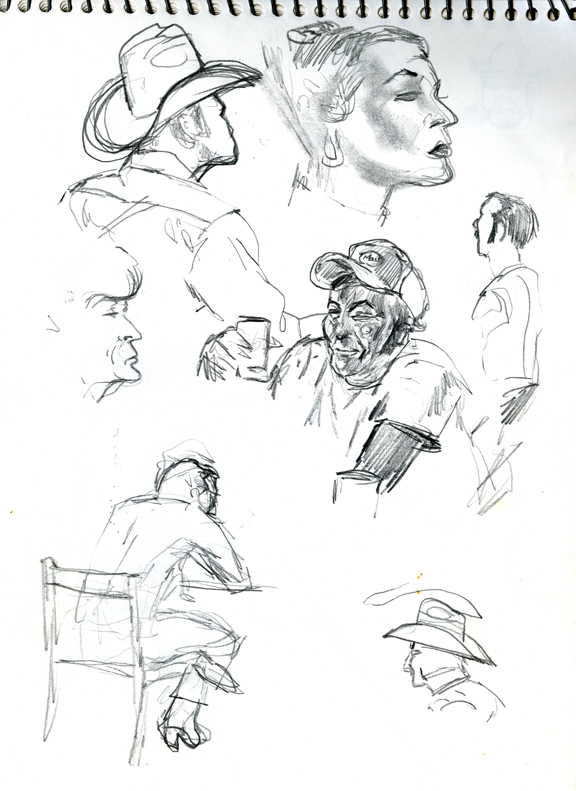 Hayloft Whip Out: "Snobs And Slobs" 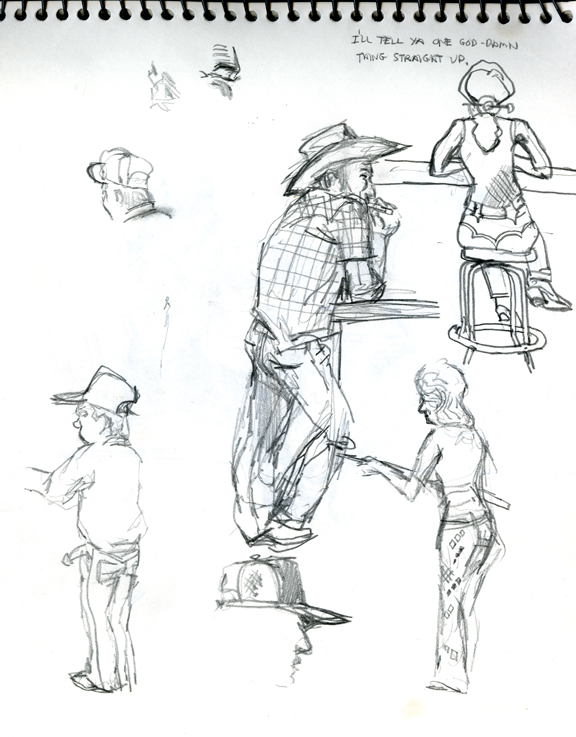 Hayloft Whip Out: "Straight Up"

Then there was the night we decided to play some Led Zeppelin, but I'll save that for tomorrow.

—A Hayloft regular, commenting on my sketching and my attire