The Stair Climber On The Stairway to Heaven

I have an upstairs part of my studio that leads to a Crow's Nest and a view of the surrounding area. Thank you Perry Nathan Becker, the architect who designed my studio with this as the crowning glory, so many years ago (1986). We were his first house and he did a wonderful job.

Yesterday I went upstairs to find a painting and when I turned around to come back down I saw Unocito, stuck at the bottom. He was looking up with fear and wonderment in his eyes. How did you get up there? he seemed to want to say.

So, of course, I invited him to join me. At first he was afraid and would only go up two steps before giving up and, tail between his legs (literally!), skulk back down. Eventually—with bribes—he would try to take another step but then he would look off through the stair slats, at left, and see how far he was up and chicken out. I kept encouraging him by placing a treat on the next step. Eventually he conquered his fear and made it all the way to the top. 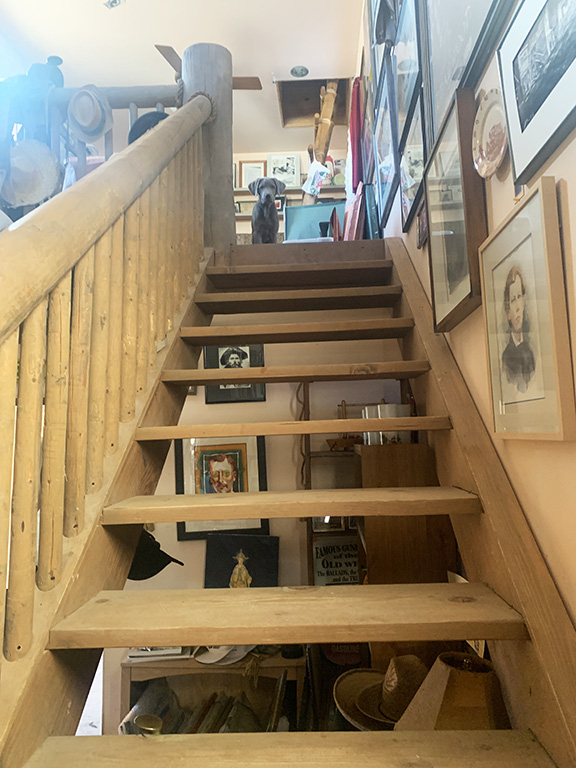 Yes, I know. Imagine all the trouble he's going to make for me now that he knows how to go up there!

Also, yes, that's a Billy the Kid as a boy painting, at far right, and that's the infamous Tucson outlaw William Brazelton peeking through the stairs in black and white and that is, believe it or not, a framed Theo van Gogh, below Brazelton. And yes, at the very top, is the ladder leading up to the Crow's Nest. Here's a closer look at the Stair Climber. 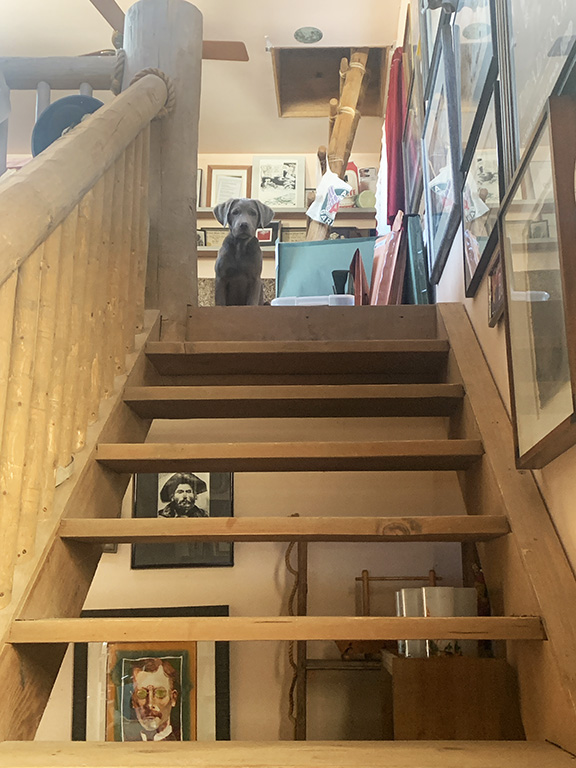 Oh, and here's the view from the Crow's Nest.

"And he's climbing a stairway to heaven."