Juni Fisher and I are hard at work on creating a certain old time cowgirl who has a thing or two to teach her surly, teenaged-granddaughter. Some would say "surly" and "teenager" are redundant, but in this case I would add the word "reprobate" (someone who is predestined to damnation, which in itself is redundant, since that is the definition of reprobate). And, not to get all nitpicky, but I shouldn't say "work" because work is only work if you'd rather be someplace else, and we are having too much fun to call what we are doing, work. Anyhow, the young punk she is mentoring is actually a punk. Maybe more Cowpunky, you know, like this. 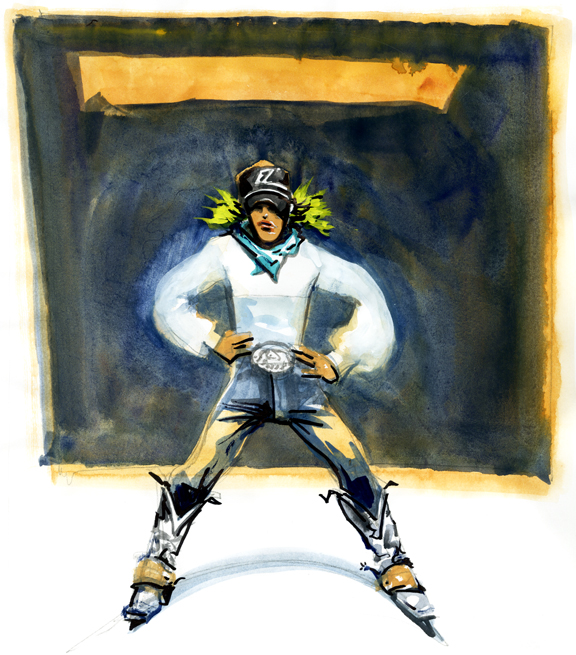 We want our young rebellious cowgirl to be more than a little Cowpunky and so I spent the morning working on a ballcap look: 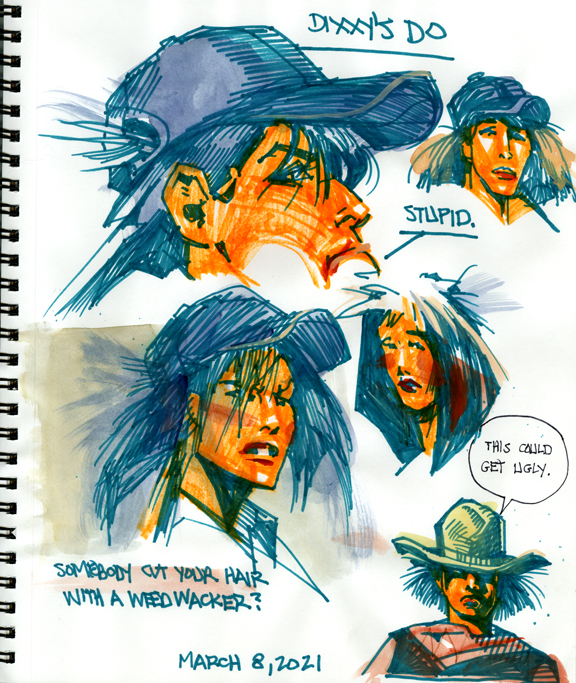 I was actually inspired by the legendary Los Bros Hernandez, who famously produced "Love & Rockets" in the nineties and beyond. I have several of their wonderful comics that feature numerous young girls in punk haircuts. Here is a classic splash page by Jaime Hernandez. 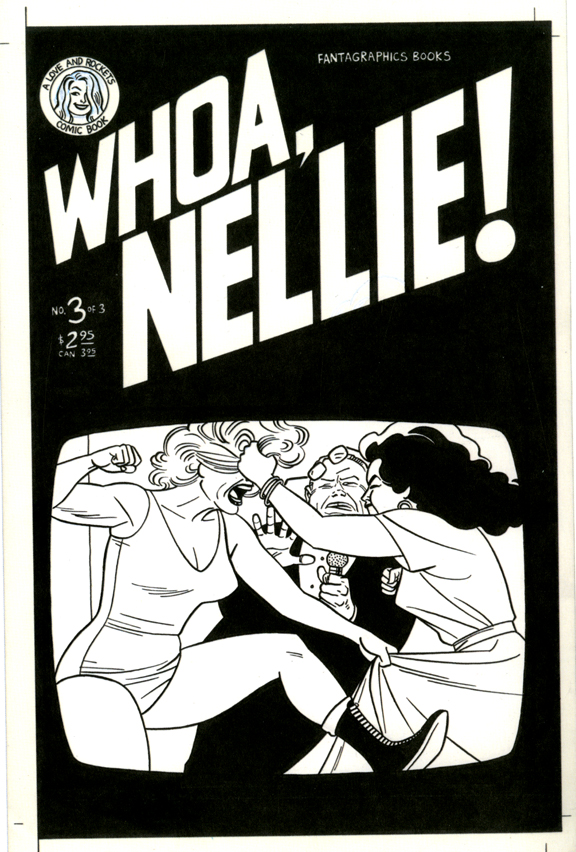 In fact, the title is what inspired me to reprise the old saying, "Whoa Nellie!" for our Nellie. Is that retro enough for you, or is it just too Jethro Tull?

Did you know there is a Whoa Nellie Deli at the base of Tioga Pass? Well, now you do.

Just got off the phone with William H. Cox II, who was the main model for my many BtK photo reenactment sessions. Thanks to my crack researcher, Gay Mathis, I was finally able to track him down in Mulberry, Florida. Here's just a couple examples of his righteous look: 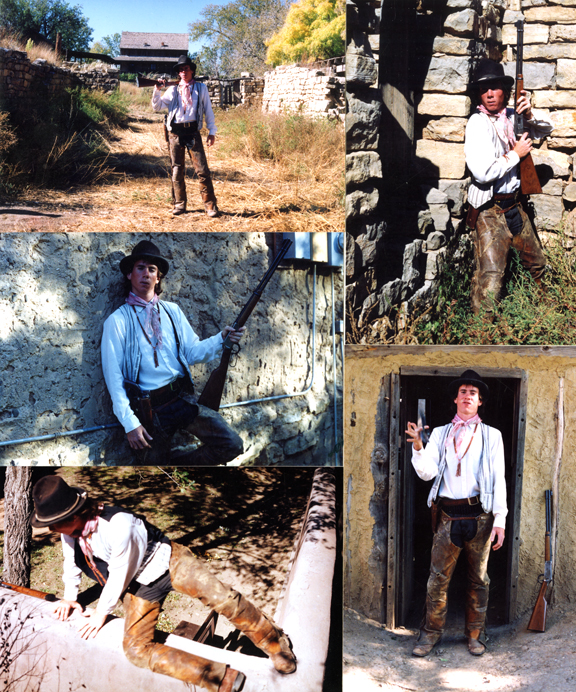 "Me and Billy the Kid never got along. I didn't like the way he cocked his hat and he wore his gun all wrong."