When I was younger I had this very vivid fantasy of going back to high school, armed with all the knowledge and experience I had accumulated AFTER high school, and reeking havoc on all the bullies and snotheads who gave me mental and physical wedgies. Of course, this revenge fantasy faded after my 25th reunion and disappeared completely by the fiftieth.

All that said, a good friend of mine is taking a graphic novel course in Prescott and he asked me if I wanted to dust off our Mickey Free character and apply it to this beginners class on how to create a graphic novel. I actually thought this was a great idea, but when I mentioned this to one of my family members, they laughed and said, "Wouldn't that be like a NASCAR racer taking driver's ed?"

Kindah, but here's the truth: something is definitely missing from my tool kit or I would be on, at least, my tenth graphic novel by now. I certainly have thought up enough characters: La Gata, Dick Matric, The Doper Roper, Honkytonk Sue, El Kid, Dixxy Diamond, El Pendejo, Nina Suprema and The Mexicali Stud, to name just a few. 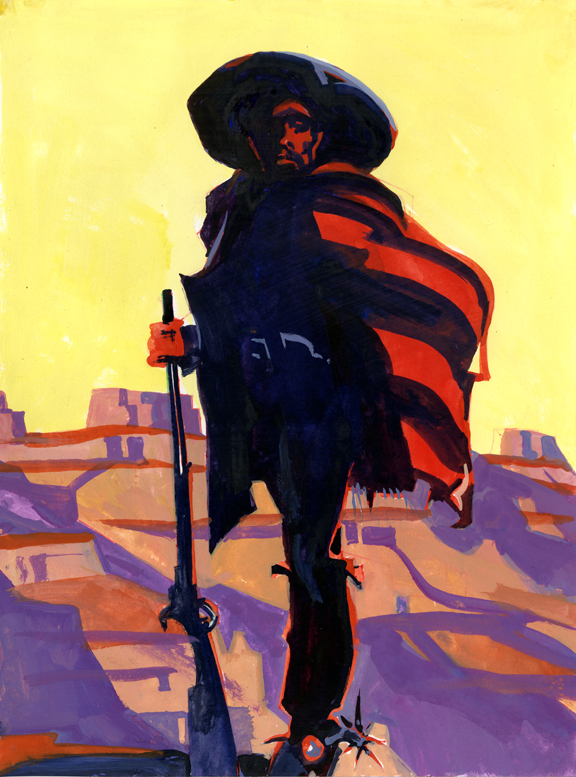 So, what stops me? Well we're about to find out.

1. Choose a single, action-heavy sequence and break down each page and panel and describe what is happening physically. 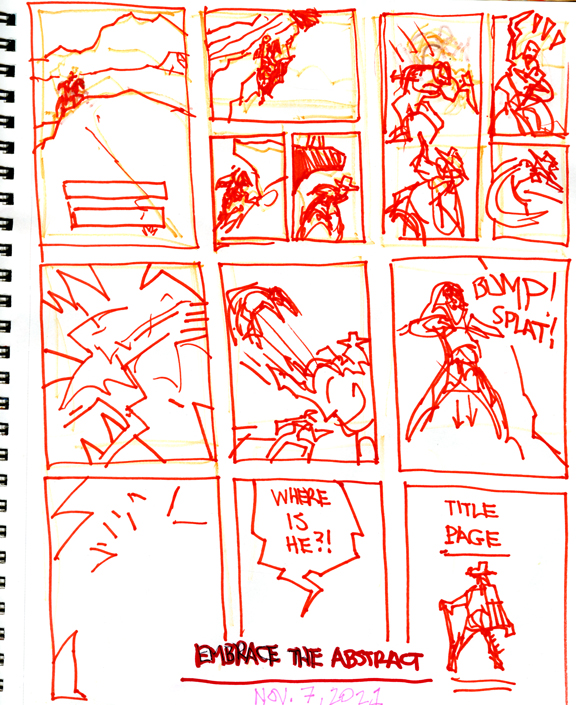 So, that's the rough layout, each one a page. Up next, the panel by panel breakdown:

The rider wrangles his rough mount with frequent slaps of his loose reins, and the Big Jack chafes at the commands and half bucks all the way up the trail. 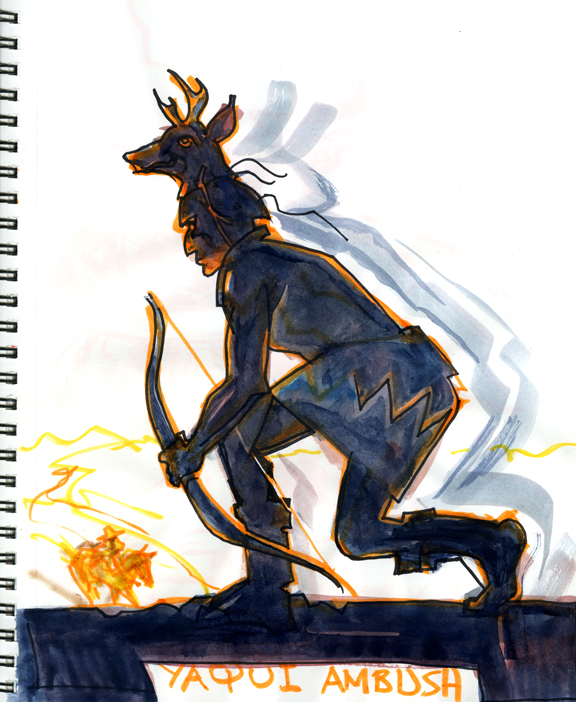 Cutting under a deep shelf at the head of the canyon the rider begins his ascent to the next chain of ridges, when a lone shadow from above jumps onto the rider's back and attempts to plunge a long knife into his throat. 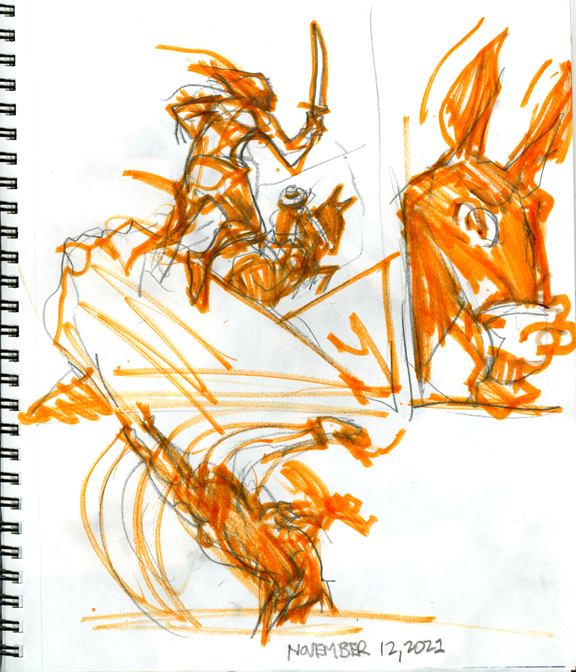 Startled by the extra baggage, the big mule really does buck this time sending both riders off into the dust, as two more Yaquis jump in from the other side of the canyon walls and join the fight.

"So, what happens next?"

—The Goal of Every Sequence