I don't know about you, but my dog likes a good story before he retires. He absolutely loves this new book co-written by my friend Jeff Mariotte. I call this photo. . . 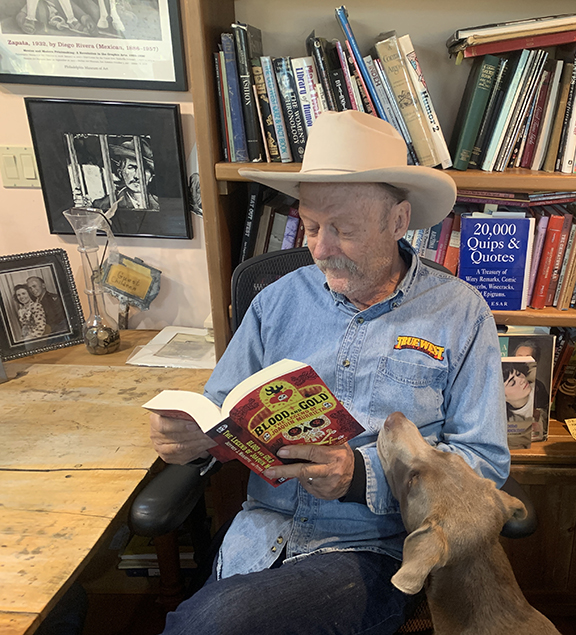 The new book is "Blood and Gold: The Legend of Joaquin Murrieta" by Jeffrey J. Mariotte and Peter Murrieta. Fun reading. I highly recommend it.

I love so many things in this photo and, frankly, that's why they are near my desk. At far left, is a photo of my parents on their wedding day in 1945 (they were married in Saint John's Methodist Church in Kingman which is the exact same location of Clark Gable's marriage to Carole Lombard in 1939). Next to the photo of my parents, is a coin jar half-full of silver dollars which Criag Schepp used to pay for a BBB painting with. Behind the jar is the temporary grave marker for the "Guest" children, which Sadie Pearl (Guess) Duncan gifted me when we replaced that temporary grave marker with an actual gravestone in 1991. The print is of a Mississippi river boat, The Helena, out of Harper's Weekly. Above the jar is an original BBB scratchboard of Wyatt Earp behind bars, and above that are the legs of Zapata and his horse, by Diego Rivera from the Philadelphia Museum of Art. My reference library, behind me, includes my cartoon heroes on the top shelf (Dick Tracy, M.C. Escher and Steve Canyon, among others), the second shelf contains more eclectic stuff (R. Crumb Sketchbook, Hal Foster and Burne Hogarth's Tarzan), and the lower two shelves are dedicated to books on quotes, slang and dictionaries. 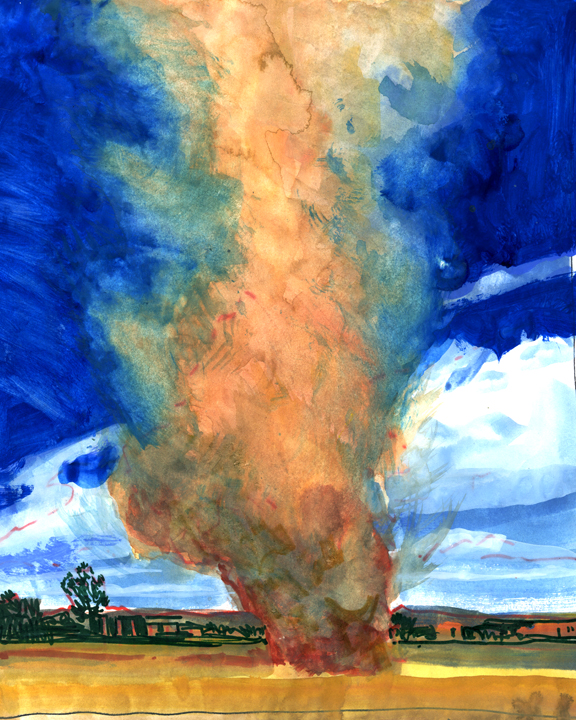 "In The Valley of Dust Devils" 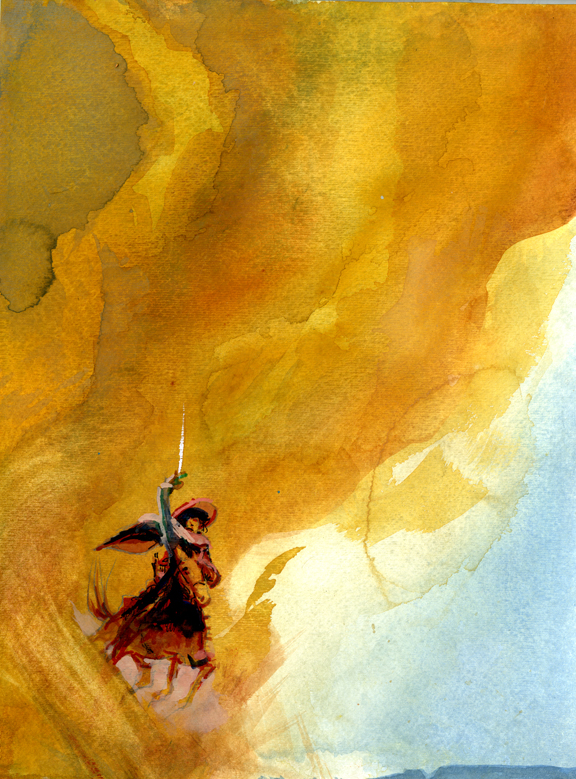 of A Dust Devil"

And here are some roughs for a cover of Ojo de Loco. Or, should that be El Ojo Loco? Crazy Eye? 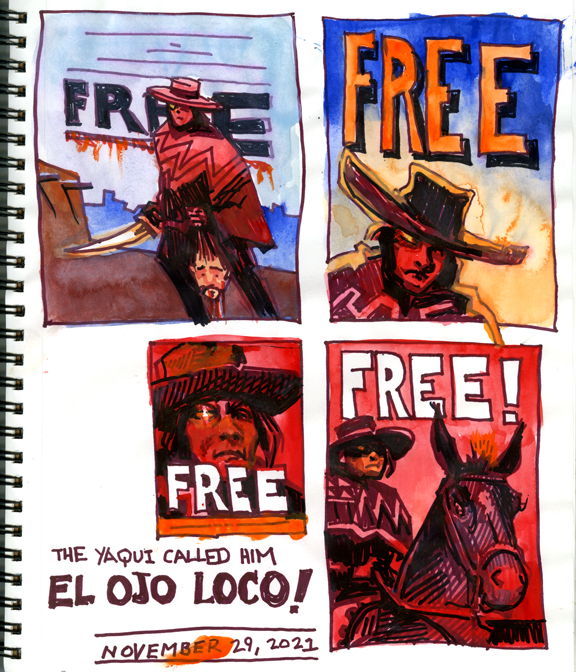 "Nothing is particularly hard if you divide it into small jobs."