Not So Gentle Criticism

I didn't see this when it was published last summer, but my friend, Greg Scott, sent me his issue this week and I finally got to see how the national statue controversy plays out as it relates to Arizona Monuments and Memory. 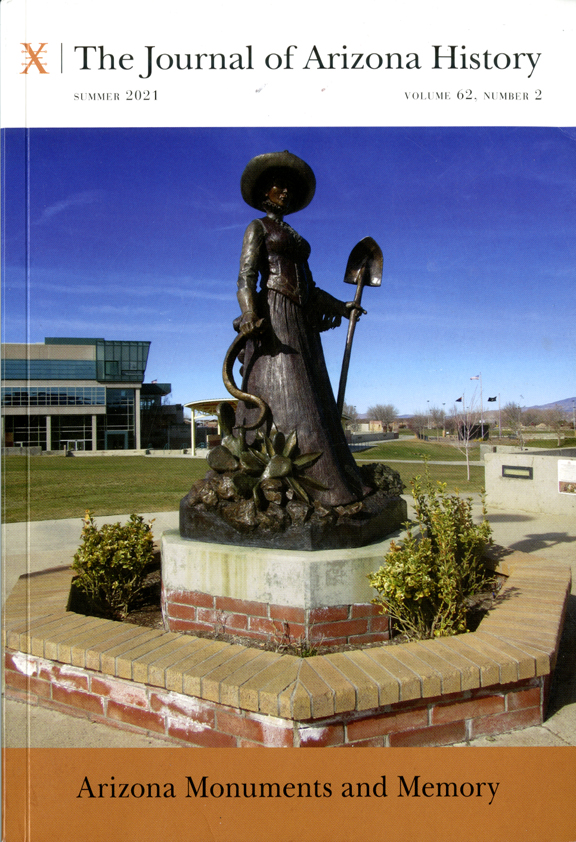 Not So Gentle Cover

As you already know, there is a national gnashing of teeth over many statues across the United States that are being targeted over the issues of slavery, racism and White Supremecy. My sculpture, Not-So-Gentle Tamer, in Prescott Valley, has been controversial for other reasons, and even before it was erected.

Inside the issue, Professor Cynthia C. Prescott takes on "Myths, Memory and The Limits of Inclusivity In Arizona Pioneer Monuments." After a thorough tour of Confederate and Mormon themed monuments, the stage is set when, in the middle of the Twentieth Century, "frontier commemorations shifted toward celebrating long-suffering pioneer mothers as embodiments of white 'civilization.'"

When it comes to my motives for the depiction of an Arizona woman dispatching a rattlesnake, Cynthia quotes me, from this blog: "That was the point of the whole deal, to honor the brave and tenacious women of Arizona who tamed the West AND the men." Then, she adds, "Its creator was subtly challenging. the 'gentle' label, but not the bigger message that women did indeed 'tame' the West and its supposedly wild men." Hmmmm, supposedly wild men? Has the good professor never been to a Kingman rodeo dance? 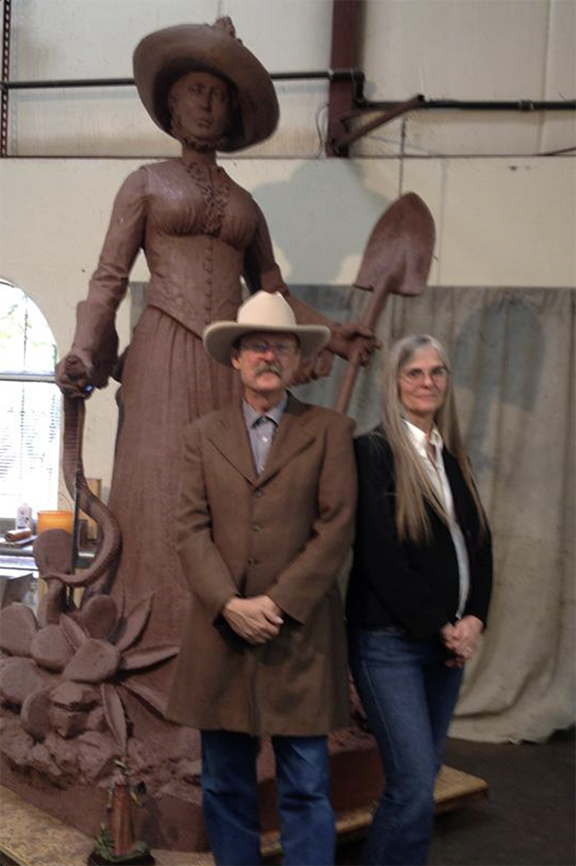 the bronze from my original painting.

Here we are at the foundary.

Defenders of The Diamondback Rattler

As for my depiction of the severed head of a rattlesnake, the author says this about my statue, "Her supposed act of self-defense against an indigenous reptile that was unlikely to strike her unless she threatened it, parallels in compelling ways justifications offered by ninteenth-century settlers for attacking Indigenous peoples whose territories they likewise invaded and transformed."

And, she ends with, "The Not-So-Gentle Tamer statue thus serves as a not-so-gentle marker of white dominance in Prescott Valley's civic plaza."

My Oh My, Said The Rattler to the Fly

So, will my White Women Power statue someday be taken down for being offensive to rattlesnakes everywhere? Of course it will. Haven't you been paying attention? In the end, everything is just a big, fat, cosmic joke.

". . .monuments and their meanings often prove to be less permanent than their builders intend. . ."