An Old Man Totters On Looking for Good Road Food

My curator, Kristi Jacobs, brought down a handful of semi-finished Whip Outs from the upstairs-crow's-nest area of my studio and I took a look at one of them and knew I needed to improve it. Ten minutes later, I scanned this: 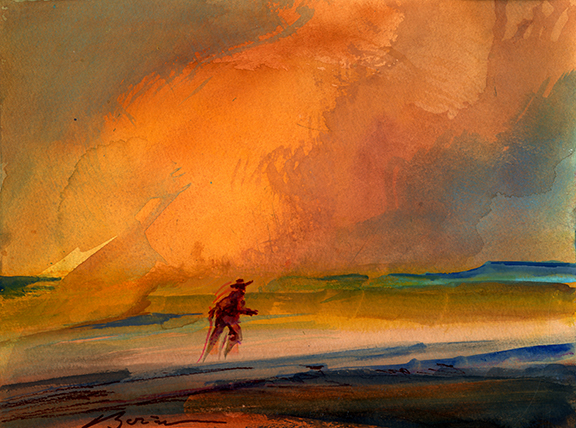 "An Old Man Totters On"

That's not how I look, but that's how I feel. Speaking of which, I had a couple walkouts at my history talk last Friday in Deadwood. Granted, they were old and they were women and perhaps they were just tired of hearing old stories, from an old man, about old outlaws. Or, maybe they had to pee. I know I certainly did.

Meanwhile, my framer, Guzal, came by as well, and we talked about the 30 pieces to be framed for our Real Women Art Show at the Phippen Museum in November. This is one of them. 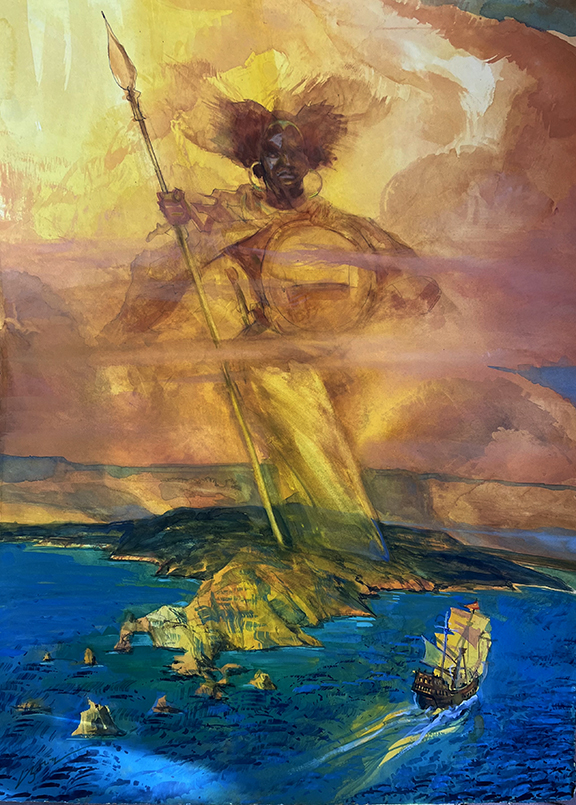 "Cortez Sees Califia Off of Cabo"

Death of the Local Family Restaurant?

One of the most alarming and depressing insights I had from my four-state-road-trip last week is seeing all the local mom & pop style restaurants that did not survive the pandemic. Every single small town I drove thu, from Cheyenne to Lusk, Wyoming to Hot Springs, South Dakota and, on down to Scottsbluff, Nebraska had more than one empty shell where a groovy looking little cafe once thrived. All the more reason to celebrate a major, rocking exception: Mariscos Playa Hermosa in Phoenix is such a thriving joy. A cozy, family run joint that serves up great food and is still thriving! Granted the big city version has a better chance of survival, but this old school place on 16th Street and Garfield has it going on.

And since we had our son, Thomas Charles, and his family coming in from Japan yesterday afternoon, they requested Mariscos as the first stop after the airport pickup. And that is exactly what we did. 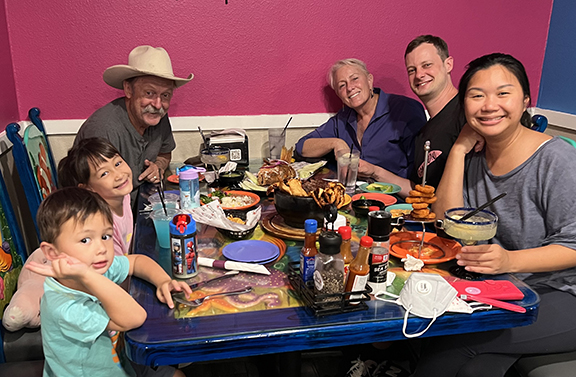 We had the signature molcajete, which is chicken, streak, shrimp and fish hanging out of a steaming lava bowl. And we also doubled down on the Huachinango (Red Snapper). Take a gander at their outrageous and super creative menu: 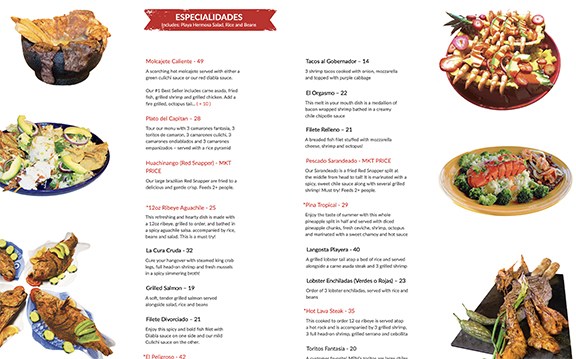 It gives me hope that the small town mom and pop cafe will return at some point in the future. Sure hope so. It's one of the main reasons I love road trips.

Another piece Kristi brought down from the Crow's Nest, was this one, which I also couldn't help but try and improve. 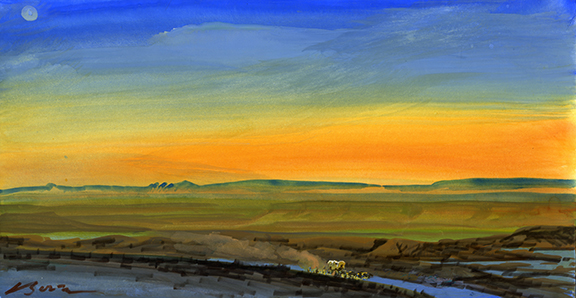 "And Then There Was Only One"

The Oatman family started their journey with 49 other wagons, but by the time they reached the Gila Bend, it was down to one.

"Laughter is brightest in the place where the food is good."