If I get out on the road before six it's still in the mid-seventies. And I get to see cool stuff like this Early sunlight on the Seventh Sister

Still trying to nail the scene of Sharlot Hall pulling a gun on Grover Cleveland. Here is an excellent photo of Sharlot taken at the Grand Canyon. 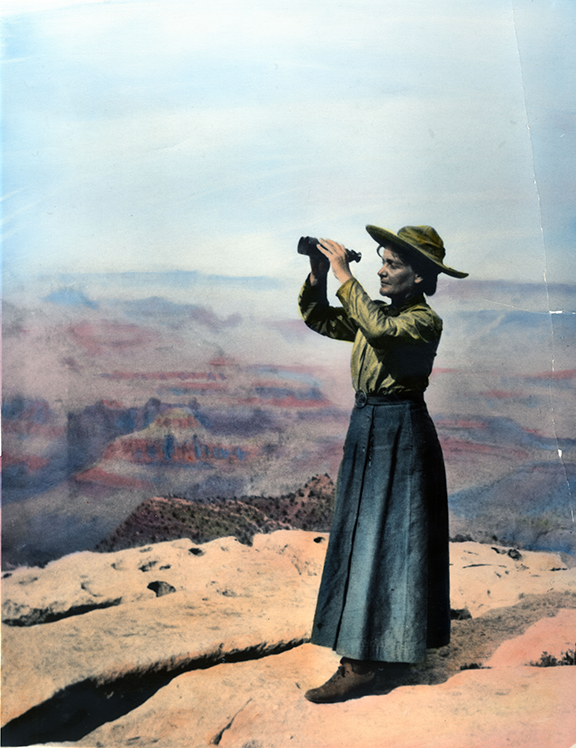 So, I am definitely going to give her this hat for the ambitious gun pulling episode I am painting for the book. This morning I coerced two local models to join me at a certain driveway on Cahava Ranch Road where there is a rickety old buckboard parked at the front gate of an unoccupied abode. I wanted to get this done before the heat gets nuclear, so we arrived at about seven when it was already 92 degrees out and the male model bridled at putting on a bomber jacket in the heat, but he ultimately complied. The female model has worked for me for decades and she knew exactly what I wanted. We shot this as quickly as we could. 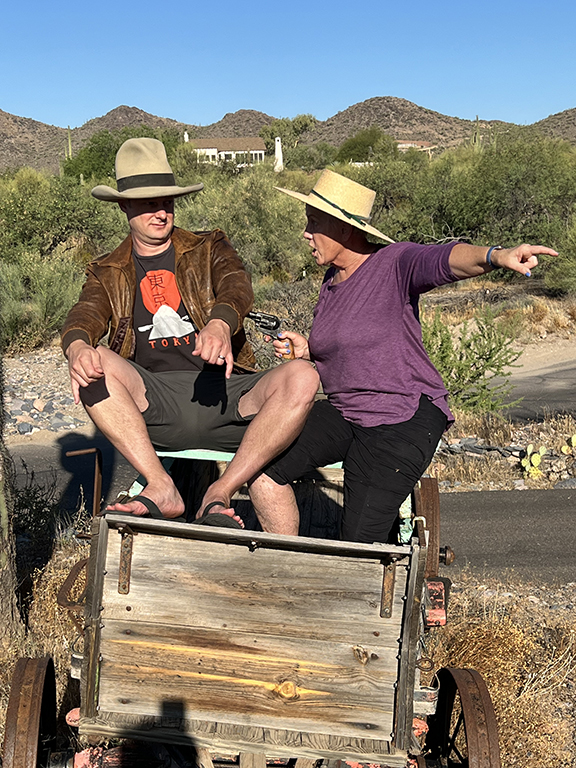 I was particularly interested in the position of the hands and feet on the narrow buckboard seat. This really helps me with the composition. An alternate title to this mother-son photo could easily be "Go Clean Your Room!"

In my reading of the facts in the gun pulling episode I have a hunch Grover Cleveland was being more practical, than being afraid. After all, Sharlot's macho version was a story she told to a female friend in Phoenix and that friend told her version to a researcher and then that story was interpreted by the author of the book on Sharlot. While it is true Sharlot was distraught about her mother being at death's door and in the hospital, and, it makes perfect sense she showed sand about getting to Winslow ASAP I'm still not convinced he was afraid of her.  I kind of lean towards the fact that he wanted to help her, period.

Looking Down The Long Nose of Contemporary Snobbishness

Got this comment on a recent blog post about the authenticity of swearing in shows like "1883": "Westerns rely on a lot of stereotype tropes, which can make them feel old-fashioned and painfully unrealistic."

—Every mother who has ever lived