The Tombstone Legend Who Brought Big-Nose Kate to Tears

It all started with a contentious question: did Big-Nose Kate really have a big nose? Some claim Kate Elder (real name Mary Harony) became confused with another Tombstone soiled dove, known as "Nosey Kate" and an old timer conflated the two. Another camp believes the moniker comes from Doc Holliday's paramour having a big nose. Period.

So did she have a big nose, or not? Here is what a noted Earp biography thinks:

"Nobody knows the answer to this question. All we can do is guess. To the best of my knowledge, Wyatt Earp is the one who called her Big-Nosed Kate (in an interview in 1896). Earp and Kate really disliked each other. In Tombstone, Kate blamed Wyatt for leading Doc down the wrong path, and Wyatt never forgave Kate for telling Behan that Doc was part of the stage robbery. Somehow, apparently Doc forgave Kate for that.

"Looking at her pictures, I do not think she has a big nose. What I think is that the term 'big nose' meant somebody who nosed into other people’s business. Kate certainly appears to have done that. I look at Kate and see one of the most interesting characters to inhabit the Old West. Wyatt hated her; Doc loved her. We get to enjoy her bizarre presence."

—Casey Tefertiller, author of Wyatt Earp: The Life Behind The Legend

Meanwhile, Casey also quotes Kate in the big opus: A Wyatt Earp Anthology, and we get a peek into her affections for a certain Tombstone legend.

"He was six feet tall, rather slim in build, although broad-shouldered, medium fair as to complexion with gray-blue eyes and light brown hair. His face was somewhat long. He was what might be called an attractive man. His attitude toward all women was gentlemanly. He must have been a gentleman born. Sometimes I noticed something wistful about him, as if his thoughts were far away on something sad. He would say, 'Oh, well,' and sigh. they he would smile, but his smiles were always sad. There was something in his life that only he, himself, knew about. . .He was always neat, clean, well dressed, showed that he took good care of himself. He never boasted of his deeds, good or bad, a trait I have always liked in men. [He] was a loyal friend. And he was noble, for he never fought anyone except face to face. . ." 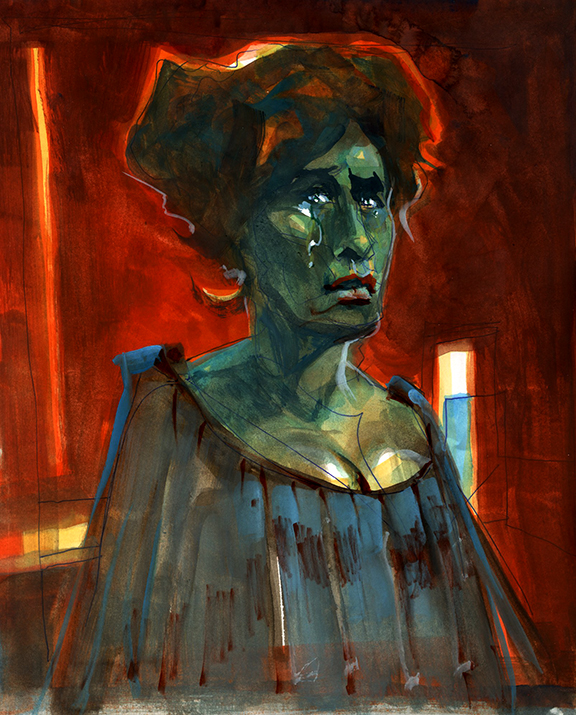 And, finally, the woman we know as Mrs. Doc Holliday, added this last sentiment. . .

"Every time I think of him, my eyes fill with tears."
—Mary Katherine Holliday (aka Kate Elder and Big-Nose Kate) remembering John Ringo
Posted by Bob Boze Bell at 12:05 PM