August 12, 2015
Got a nice shot of a very large sculpture in Santa Fe yesterday: 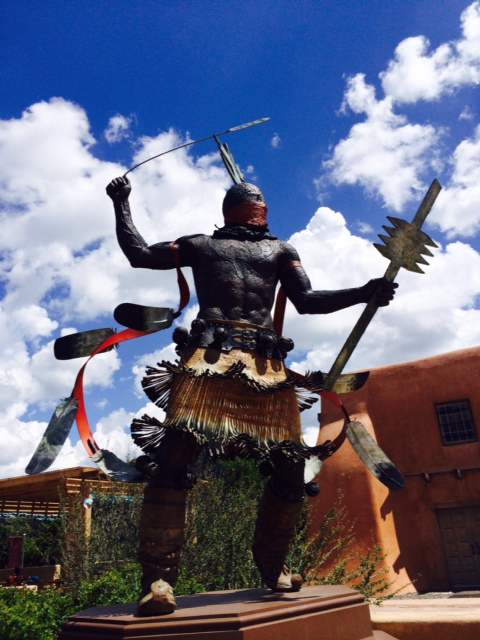 Spent most of the day in Georgia O'Keeffe Country. Spent last night at the Abiquiu Inn. 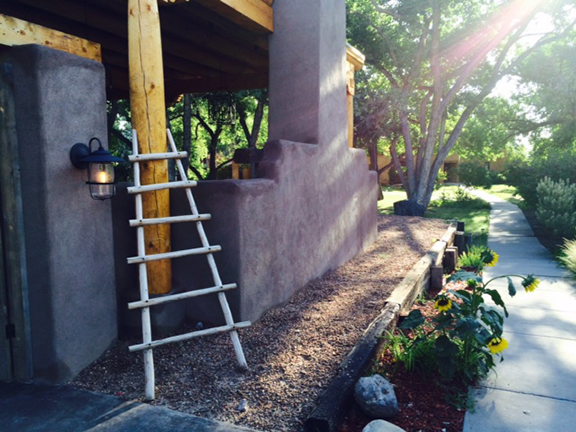 The courtyard of The Abiquiu Inn

Got up this morning and went on a tour of O'Keefe's Abiquiu adobe which was across the road and up the hill in the actual pueblo village. A very massive house, with a giant garden. We couldn't take photos inside, but this is a portion of the outside. 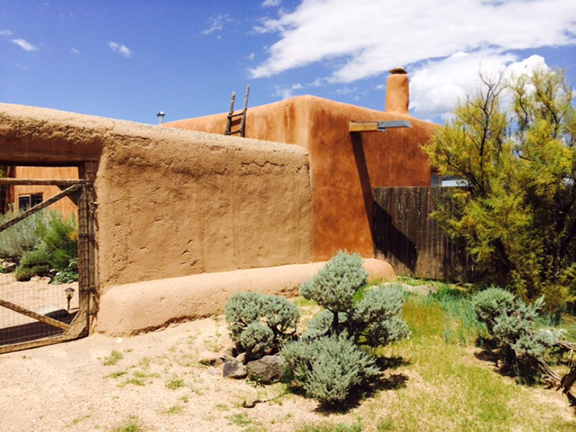 Now that I've seen her abode I became fascinated and went back to the bookstore and bought $80 worth of O'Keeffe books and art postcards to send to everyone I love.

From there, I motored up to Ghost Ranch where she had another home and studio. I had been through here once back in 1980 but didn't remember the canyons being so impressive. I always had the conceit that the distinctive Canyonlands of Utah-Arizona ended at Shiprock, but I was mistaken. 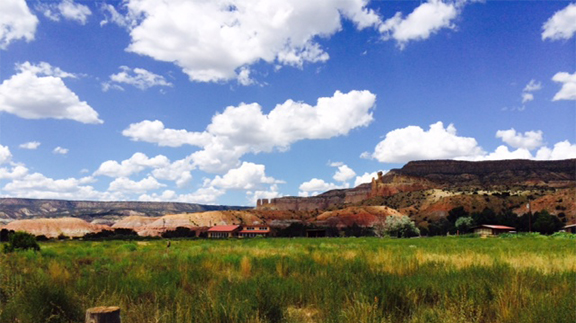 This stretches out my awareness—or mental map—of the spectacular swath of rainbow canyons that basically stretches from Vegas, Across Arizona and southern Utah to northwestern New Mexico. 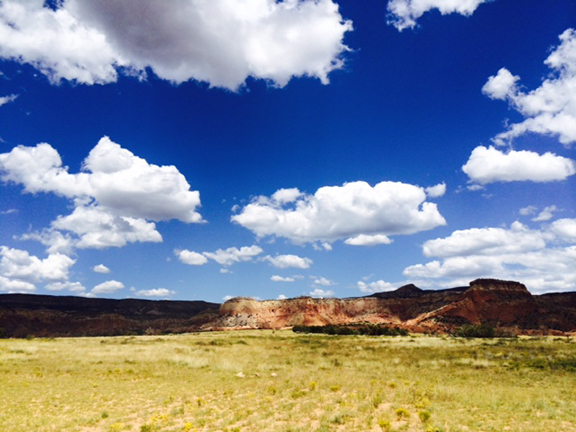 Drove on to Durango, Colorado arriving around six in the evening. The entire town is booked solid and had to scramble for a room. The True West Railfest starts tomorrow.

"I feel at home here—I feel quiet—my skin feels close to the earth when I walk out into the red hills, as I did last night—my cat following along like a dog."
—Georgia O'Keeffe