The Notorious Pit Jail In Lincoln

August 3, 2015
Going to Lincoln, New Mexico this week for the Billy the Kid Pageant. Did a painting for the museum. This was done from a field sketch. 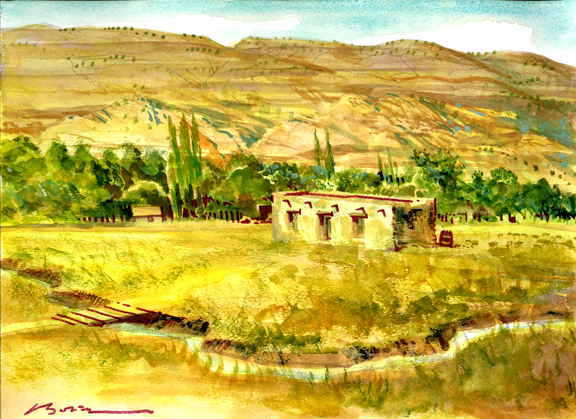 The pit jail was essentially a hole in the ground with a house built on top of it. The jailer lived in one end and the other end had a trap door that led to a cellar type jail. Because the area is down by the Rio Bonito River, and is surrounded by an irrigation ditch, the water table was a constant problem and the cell often flooded, making it quite uncomfortable for the inmates. But they did have running water!

I also had fun with this one. 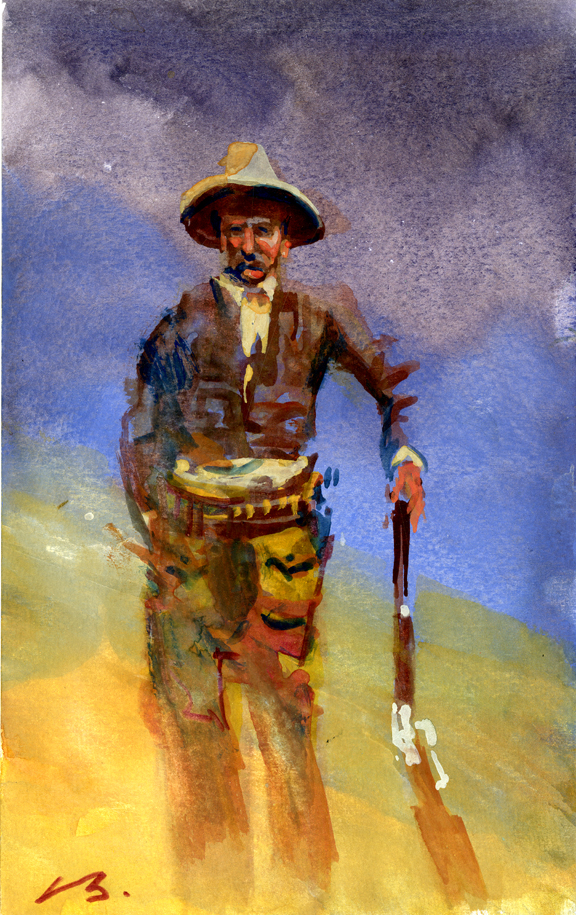 "You can starve in the middle of a field of wheat if your mind hasn't identified wheat as edible."—Robert Anton Wilson
Posted by Bob Boze Bell at 10:25 AM