Winged Monsoon Clouds & A Much Needed Map of Kingman


August 28, 2015
Landed this afternoon in Kingman, Arizona at the El Trovatore Motel, across the street from where my dad's Phillips 66 was in the 1960s. 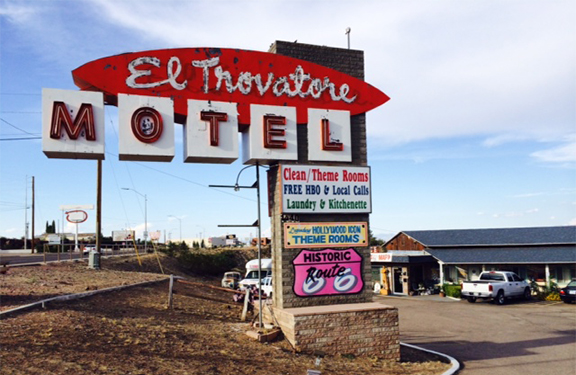 i spent at least four summers ogling the bikinis in the El Trove swimming pool when I worked at the station. Amazingly I never actually set foot in the place until today. The current owner is from Israel and he is gung ho about turning everyone on to Route 66. 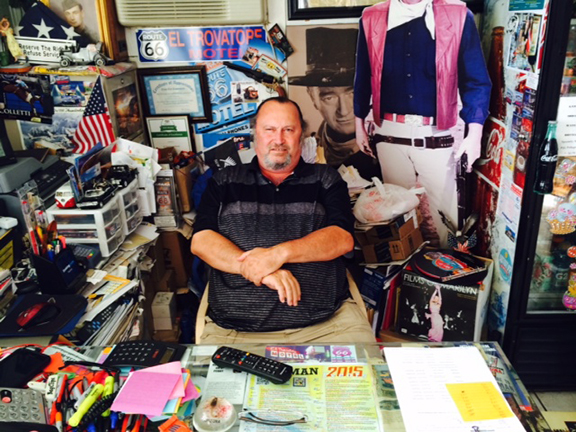 He is a sweet guy who saved the motel so I totally dig him, but he says, "First time in Kingman?" Well, actually no, I grew up here and my father owned the gas station across the street. "Do you want a map of Kingman?" I think I know where most things are. "Well, I''m going to give you a map anyway. You are HERE, the downtown is HERE and the new part of town is HERE. Clark Gable and Carole Lombard were married HERE.  ." Yes, I know, my parents were married in the same church. "The Episcopalian?" No, it was the Methodist Church. He shoots me a look that says you're going to need this map.

So I took the map. Now I know what Wyatt Earp would have felt like returning to Tombstone in the 1920s.

On the drive up I had to pee four times. For the kids, this is way more information than you want but a.) it's a warning of things to come and b.) on the bright side I got some good pics because I stopped. Here is Pee Stop No. 1: 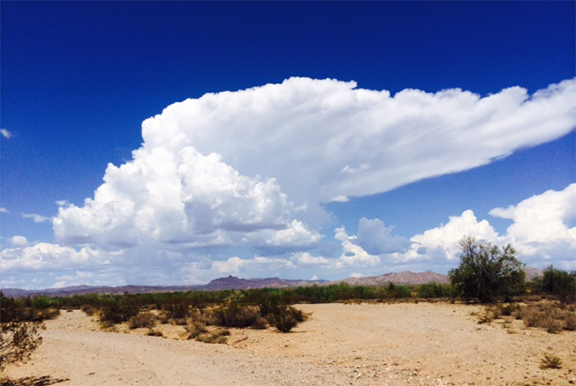 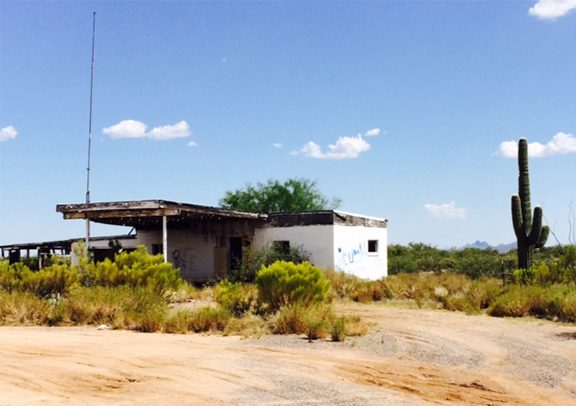 Abandoned Gas Station On The Road to Congress Junction

And here is pee spot Number 3: 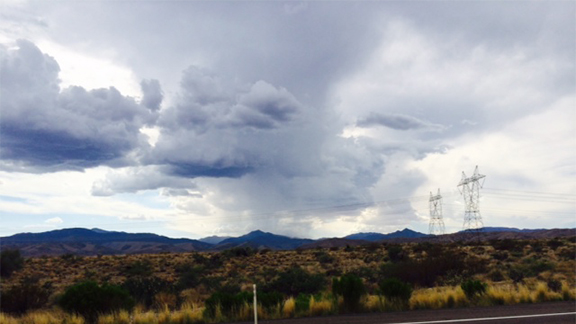 If you're counting the fourth pee stop was at the El Trovatore in the John Wayne Room.

"Nobody believes half the stuff you say anyway, so why not just go with it?"
—The little Boze who sits on my right shoulder
Posted by Bob Boze Bell at 5:51 PM