Too Hip For The Room

August 18, 2015
A long time ago, in an earlier century (1972) Dan Harshberger and I created a humor magazine, The Razz Revue. It lasted four years, 16 issues and made zero money. One of the lessons I learned from the experience is that you can be "too hip for the room," which I believe is a stand-up comic reference to going over the audience's head, by trying to be too clever. 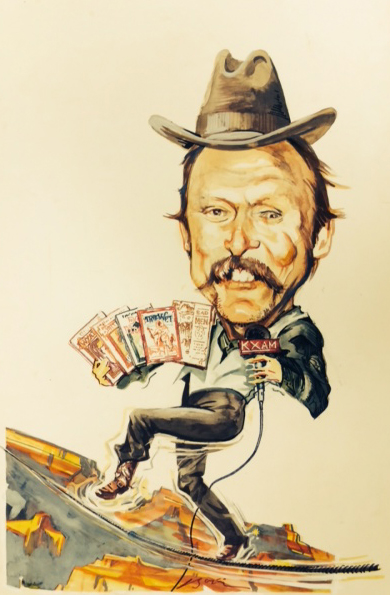 BBB with copies of the Razz Revue and a KXAM microphone
walking a tightrope across the Grand Canyon,
for an Arizona Republic feature, published in 2000.


Fast forward to last week when I "discovered" Georgia O'Keeffe after visiting her house at Ghost Ranch in New Mexico. I bought her biography and in it there is reference to a humor magazine called "291" published in 1915. So I Googled it and found out it was published by Alfred Stieglitz, the famous New York photographer and I believe husband of O'Keeffe. Anyway, it all reminded me of the Razz Revue experience. Especially this part:

Stieglitz had 500 extra copies printed of Issue No. 7-8, which featured his photograph The Steerage. Because it had recently been published for the first time and attracted very positive comments, he anticipated a huge demand for the image. The demand did not materialize, and none of the additional copies was sold.
Only twelve numbers of 291 were published, but three of them were double numbers so just nine actual issues were printed. It never attracted a wide audience, and the high costs of production became too much to sustain. Stieglitz had hundreds of unsold copies at his gallery when he closed it in 1917; he sold all of them to a rag picker for $5.80.

The only difference between 291 and the Razz, Stieglitz and me and Dan, is that he made $5.80 more than we did on all our back issues.

"Any life, however long and complicated it may be, actually consists of a single moment: the moment when a man knows forever more who he is."
—Jorge Luis Borges