How Much Did I Hate The H8teful Eight? Allow Me to Count The Ways

January 18, 2016
I wanted to like The Hateful Eight, I really did. I was up for an over-the-top Tarrantino take on the Wild West, I was really up for the 70MM film stock, with the Anamorphic lenses with the 1.25X compression and I was more than ready for a romping good time with an amazing cast: 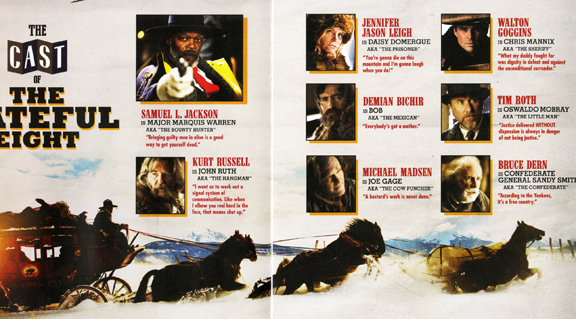 
I love everyone on that call sheet. The opening started out spectacular, with an extreme closeup on a snow covered crucifixion statue in the middle of nowhere. 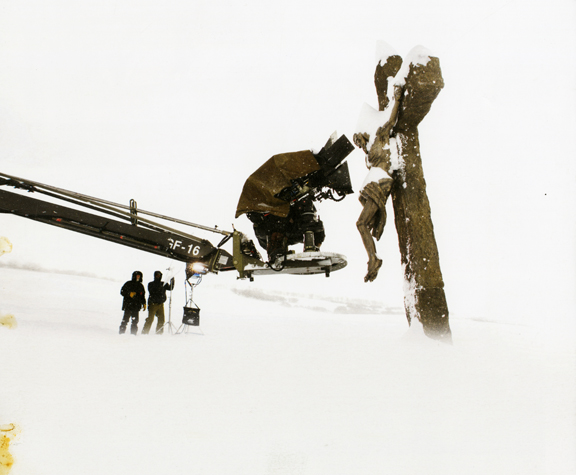 A 70MM closeup on a snow-covered crucifixion

As the camera pulls away from the cross we see a tiny blob in the distant whiteout. As the credits roll, the blob becomes clearer and we realize it's a stagecoach being pulled by four horses. Wonderful.

Two shots later, we see the stage plowing along only now it's a six-horse team. Really, Quentin? You went to all the trouble to get the opening shot and you couldn't match the team of horses?

As we move along we see shots of the side of the stagecoach: Butterfield Stage Line. Okay, so they are in Texas, New Mexico, Arizona or California. Nope. We're in Montana (most of the exteriors were filmed near Telluride, Colordao).

From there, the story rolls along with the usual Tarrantino whiplash plot twists and N-word laden dialogue (why does Louis CK and Quentin Tarrantino get the by on usage of the word that would get the rest of us fired, or worse?) until , at about the two-hour mark we get an out-of-nowhere narrator, who comes on for a couple of minutes and explains what happened while we were watching the scenes that just happened. It's so lame I can't even imagine how Harvey Weinstein let this slide. Acutally, I can't imagine why Harvey didn't kick Quentin's ass. Just amazingly lame. 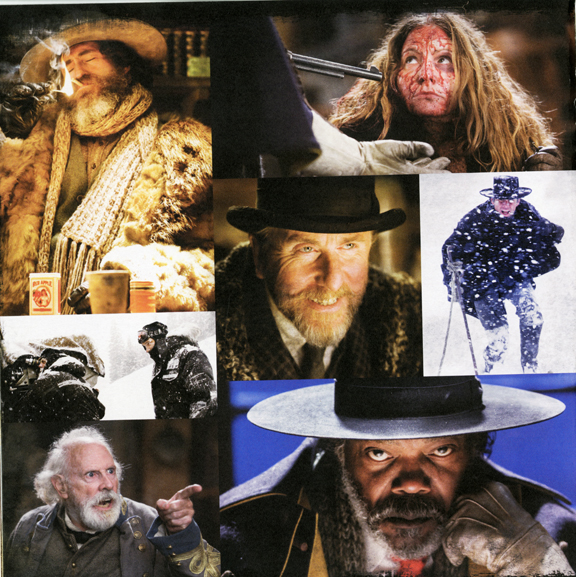 A room full of great actors try to carry an overcooked and exceedingly lame story.

I did really enjoy Jennifer Jason Leigh, who carries a certain integrity even though she spouts some of the ugliest dialogue a woman (who has her front teeth knocked out) has ever spoken in the history of cinema.

"All creative people should be required to leave California for three months every year."
—Gloria Swanson