The Strange Prejudice Towards the Mexican Sugarloaf Sombrero

February 9, 2016
It all started with the revelation that the producers of "Lonesome Dove" wanted Robert Duvall to wear this style of hat: 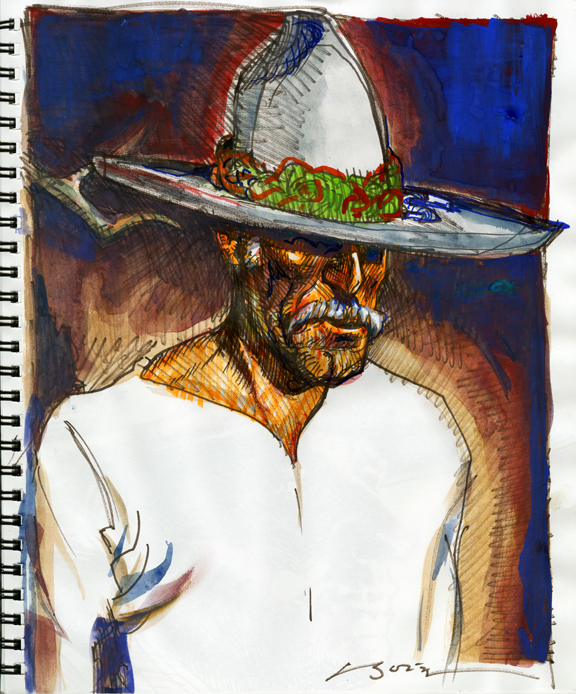 Daily Whip Out: "Gus In A Sugarloaf Sombrero"

This led to a vigorous conversation about whether Duvall made the right choice in terms of his hat style, which to my eye is historically wrong for that time period (1860s). Several fans of Westerns then made the claim that the much maligned sombrero would never be worn by big stars because they look silly and don't look right on 'Mericans. But then Jim Hatzell sent me this photo: An interesting thing happened when I sent this photograph of John Wayne wearing a sombrero to a well-respected historian friend of mine. My friend said, and I quote, "It looks like a gag photo." As i said, I received this photo from hat expert Jim Hatzell, who wondered why, if the Duke could sport a sombrero, why couldn't Robert Duvall in "Lonesome Dove"? (Duvall flat out refused to wear a sombrero in "Dove") I can't prove it, but I have a hunch this is a test photo, taken by the studio prop department, or the producers, to see how Wayne would look in a sombrero for the movie "Hondo." His outfit, with the exception of the hat, appears to be the same one he wore in "Hondo." And, if that's true, it's probably not too far of a reach to surmise that the studio had the same reaction as Paul Hutton, or, I mean, my well-respected historian friend.

But my friend put me on to something. The Mexican sombrero gets a bad rap and has for a very long time. It doesn't help that it's an over-the-top hat style (pun intended) and prone to more than a smidgen of clownishness. Exhibit A would be the beach town straw monstrosities every drunkard brings home from Cabo. Also, witness the salt and pepper shakers or yore with the "lazy" Mexican taking a siesta in a sugarloaf: 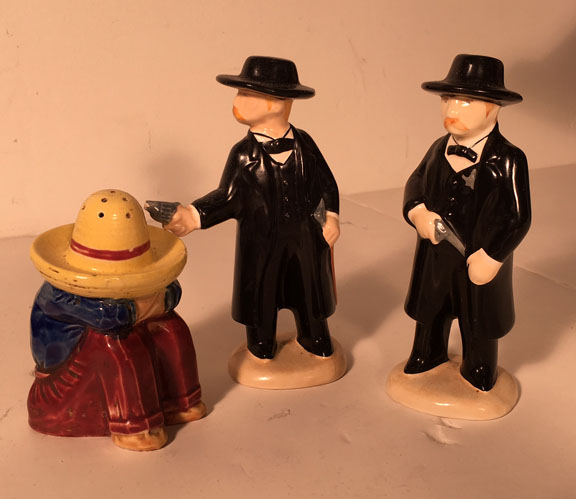 Food Fight at The BBB Kitchen Corral: "Get Your Ass Up, El Salto!"

The irony here is the two Earp brothers salt and pepper shakers were gifted to me by the friend who thinks the sombrero on the Duke is "a gag." Which brings us to the several exceptions to the rule, when Hollywood has opted to feature the sugarloaf on the head of the main character in a Western: 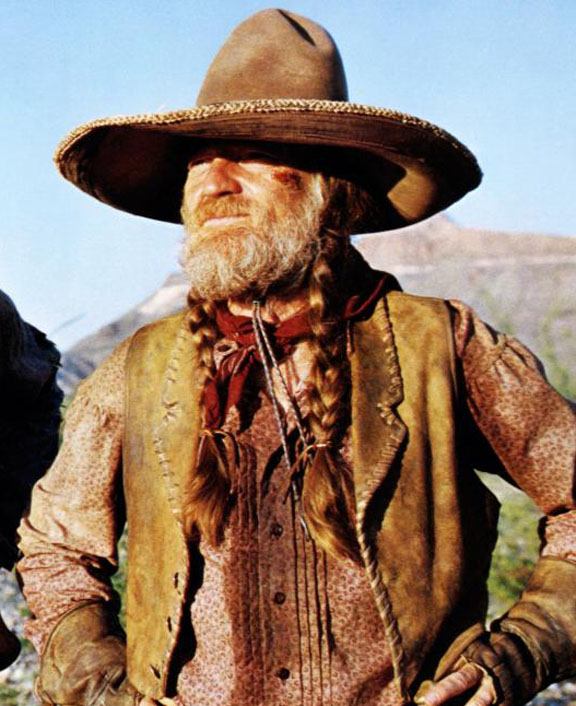 Now granted,  there are some who believe Willie looks "foolish," but I don't think so. I think it's damn cool. Here's another example: 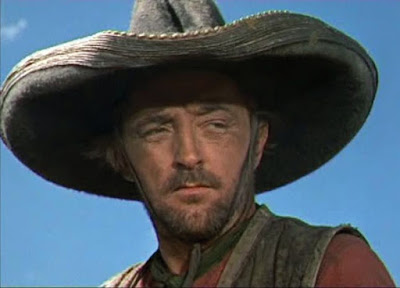 Robert Mitchum in "The Wonderful Country" 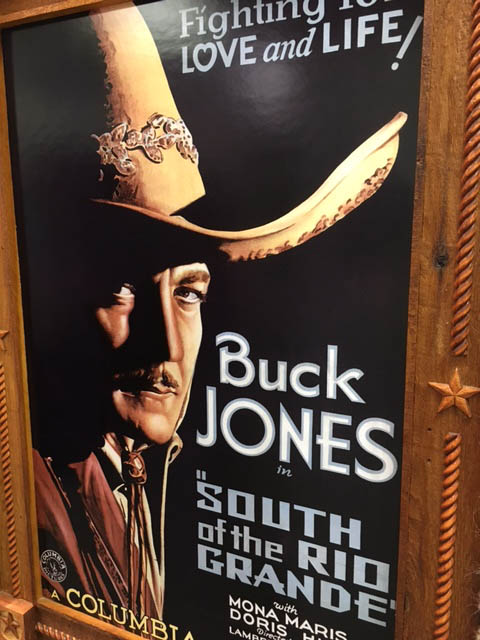 Buck Jones in "South of the Rio Grande"

And all of the big brim cowboy hats of the 1920s and 1930s were inspired by the Mexican sombrero: 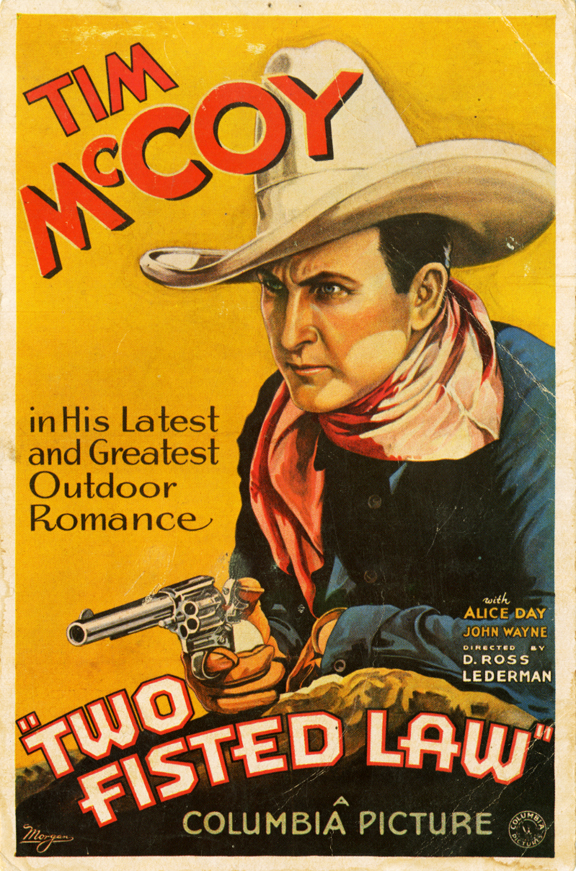 Tim McCoy In A Modified Sombrero

Back to my good friend, the distinguished professor: "I still think it's a gag [The Duke photo] 'cause the sombrero looks so stupid on him they never would have bothered with it. Mitchum and Willie Nelson pulled it off, but its a tough hat unless you're Yul Brynner as Pancho Villa."

And there is the rub. To me, the sugarloaf sombrero doesn't look "stupid." Granted it has become a caricature when it's actually a thing of functional beauty. And, it looks more authentic to me, than the anglo-conservative-twentieth-century head gear that Robert Duvall insisted on wearing in "Lonesome Dove." I hate to say it, but the disdain for the sombrero is on the border of prejudice.

"I can see by your hat that you are a lazy Mexican."
—Old Redneck Saying