A Christmas Eve morning to be thankful for

December 24, 2016
It's Christmas Eve morning and a big storm continues to roll through our little area of the world. As the sun peeked between the clouds, it lit up the cave that Cave Creek is named for and I just happened to be out traipsing around the back yard and caught this little magic moment. 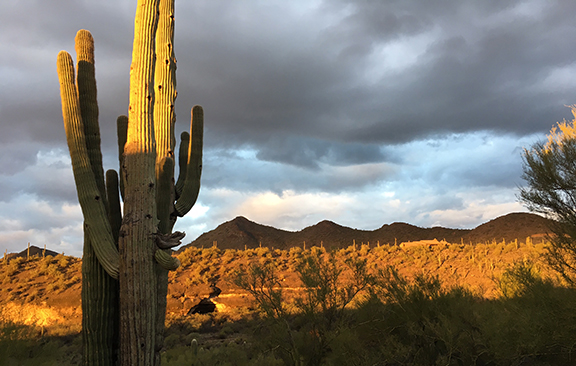 Christmas Eve morning in the cave (just to the right of the twin saguaros).

Very dramatic skies. I wandered around to the front of the house and spied my neighbor, Tom Augherton, out doing the same exact thing: shooting our neighborhood and surrounding scenery with his smart phone as well. We laughed and compared notes as we shot away. The scattered light made for some dramatic little scenarios, like this: 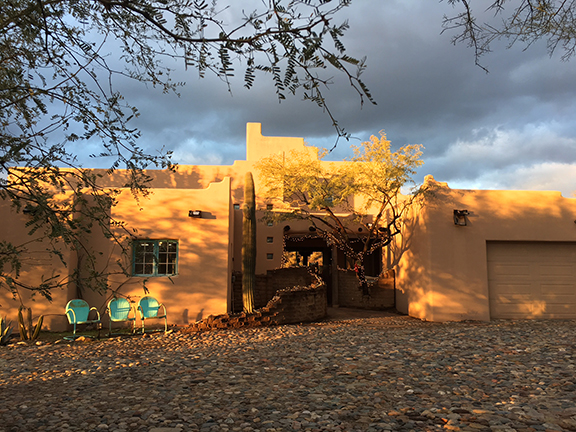 Three Christmas Eve chairs at the Triple B Spread

And, walking up Old Stage Road, I caught this little gem to the north: 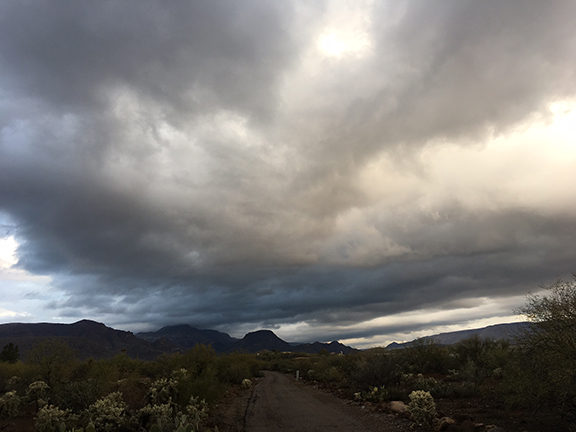 It's days like today that give me pause. I'm very thankful to be living on the beautiful Sonoran Desert and I'm also thankful that, so far, no one has run me down in a truck (see Germany). I'm also thankful for good friends, like Jim Hinkley, up Kingman way, who gave me some ink in my hometown paper:

Full Disclosure: I had sent the Mohave Miner newspaper a press release when Andy Devine and myself were inducted into the Arizona Music And Entertainment Hall of Fame, last month, and I thought for sure they would jump on two Kingman home boys getting such an honor, but they apparently never deemed it newsworthy. Leave it to a tireless promoter of Route 66 and Kingman to do their job for them. Thanks Jim. You are a treasure and someday the folks in Kingman will realize what they have. I just hope you live long enough to see it.

"Life began for me when I ceased to admire and began to remember."
—Willa Cather