December 20, 2016
Went home for lunch and had fun with another take on The Great Western. 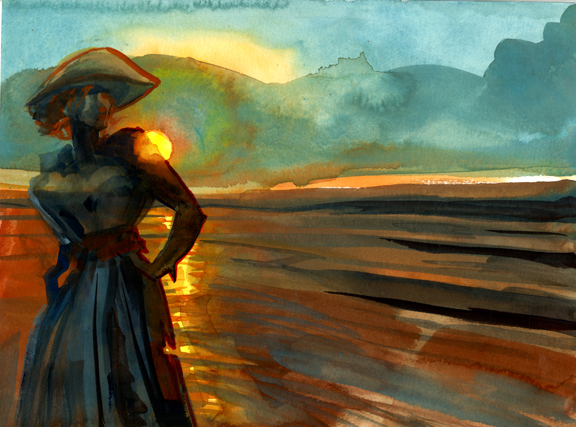 We're going to do a big feature on Sarah Bowman in an upcoming issue of True West.

Some guys don't mess around. This Christmas season I've been sending original artwork to all the people who have helped me in 2016. For example, Larry Winget came out last Tuesday and gave the staff a seminar on how to write good headlines. Larry is a master provocateur which includes the ways certain word grab people's attention and if you don't believe me, Google his book titles Anyway, as a token of my appreciation I gifted him a Daily Whip Out of Doc Holliday and 24 hours later he sent me this photo of the piece framed and hanging in his office: 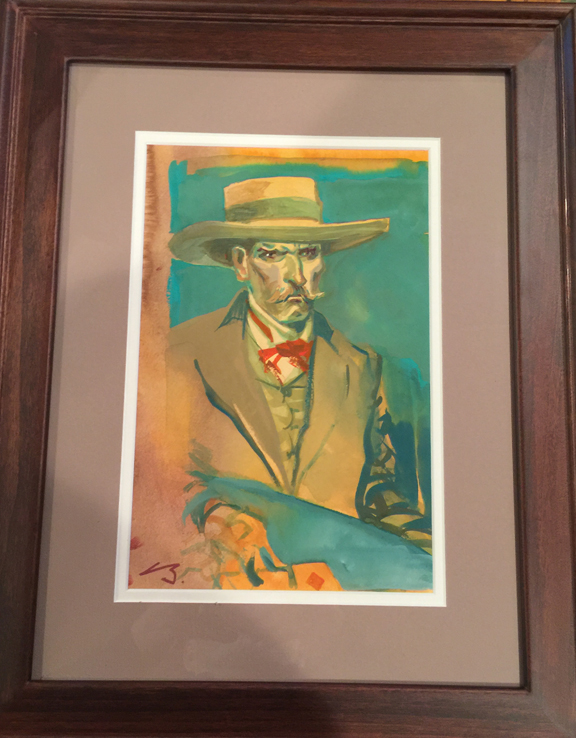 "I don't fart around."
—Larry Winget