December 15, 2016
By now, if you've been following along, you've seen a couple dozen sketches of one determined woman. 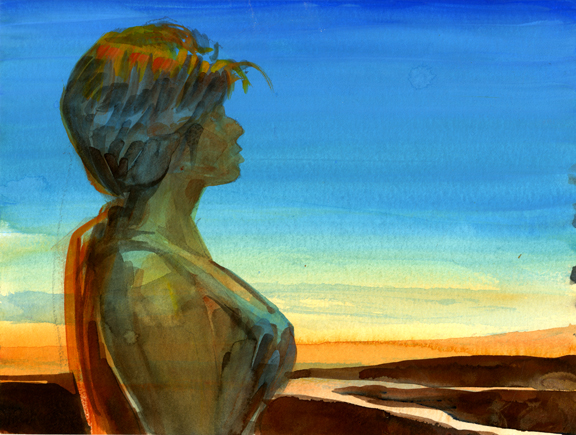 Daily Whip Out: "Sarah Brava On The Banks of The Colorado"


Although she comes down to us via the random and ridiculous contortions of history as Sarah Bowman, I am going to be calling her Sarah Brava for two reasons: one is her last name is a mess of alleged names, married names and vague guessing game names (see the contorted examples in the Elliott quote, below). And, two, I wanted her to have a solid name for my purposes and Brava is, of course, Spanglish for a brave and determined woman. Comprende? 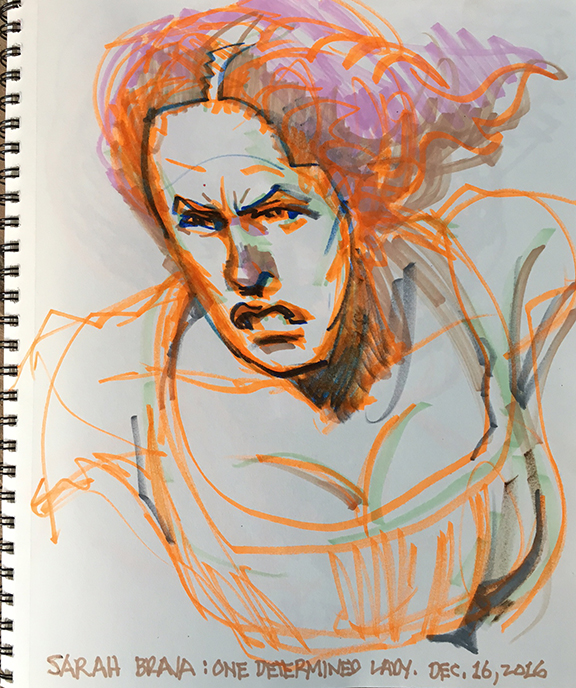 Sarah is the first resident of Yuma and that is a historic fact. She is therefore the Mother of the town, which, I believe, makes her Yuma-Ma! And yes, I did a cartoon back in the eighties using that exact name, which I came up with for an advertising slogan for the town that winter forgot (another facetious slogan I came up with which they never used.)

I see her visage as somewhere between Rosie The Riveter and Xena-Princess Warrior. 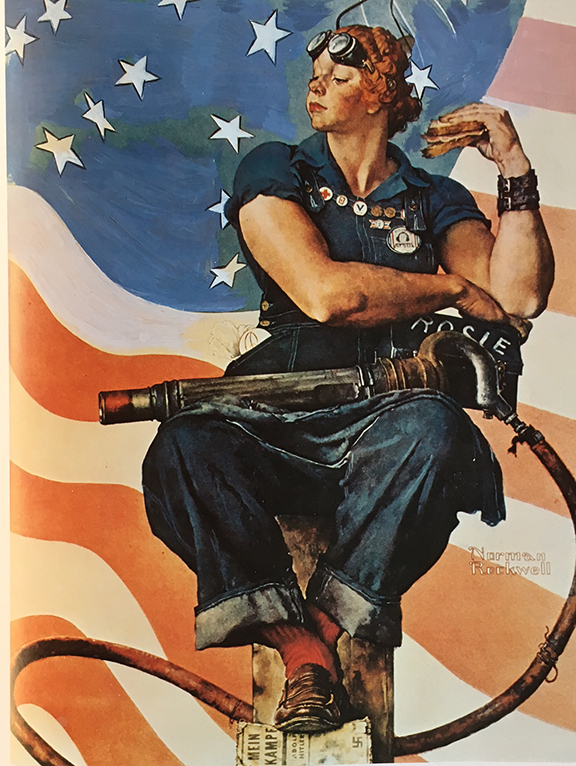 Rosie The Riveter, by Norman Rockwell

A large, muscular woman, but still attractive. Not easy to do, and my hat is way off to Norman. Damn, that guy was good.

I was interviewed by Jackson Polk and Melissa Sargent on El Paso KTSM radio last Saturday and spent most of the interview talking about The Great Western since Sarah spent some quality time in old Hell Paso. Here is the interview if you want to hear it (click on hour one):

One thing is clear: I am finally closing in on this brave and determined pioneer character and you can expect big things from this big woman.

"She was married to her second husband, whose name is variously spelled Bourdette, Bourget, Bourginnnis and Bourkyte. The man was probably Charles Bourgette of the Fifth INfantry, but he remains a shadowy figure, and his relationship with Sarah was less than permanent. Sarah was always looking for new romantic mountains to climb."
—J.F. Elliott, "The Great Western: Sarah Bowman, Mother and Mistress to the U.S. Army" in the Journal of Arizona History