An Angel Who Moonlights as A Massive Whore

December 2, 2016
Still haunted by the conflicting truths about The Great Western. By most accounts she was an angelic nurse, and, at the same time, more than one admirer described her as "an enormous whore." Sylvester Mowry wrote in a letter to a friend, "Among her other good qualities she is an admirable 'pimp,'" for having procured for the flamboyant rogue a 17-year-old Mexican girl: "she is living with the 'Great Western' and comes up nights to my room."  Horndog Mowry was kicked out of Utah for trying to seduce the daugher-in-law of Brigham Young and he also fought a duel in Tubac against the editor of Arizona's only newspaper, who claimed, in print that Mowry was exaggerating Arizona's population to encourage migration. They met on the square with Burnside rifles and, after both missed, everyone retired to a keg of whiskey.

Pioneer Jeff Ake claimed his father always called her, "The greatest whore in the West. . ."

And, yet, when Olive Oatman was released from captivity, her escort "delivered her at Fort Yuma and she was cared for by a woman known as the Great Western and finally sent to an uncle in California." The troopers loved her and she allegedly received "rations for life" from Co. H 4th Infantry. According to Lt. Edward Tuttle, who arrived in 1863, The Great Western "had adopted three Mexican children and raised them (one boy and two girls) to maturity; the boy a fine cook; the girls helpers in her Laundry." 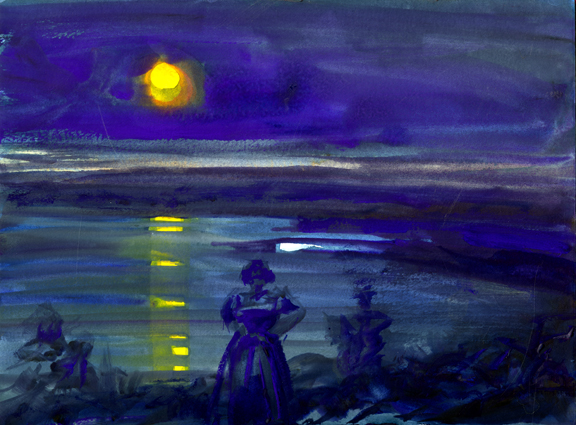 Is it any wonder, she is haunting my dreams?

"She was a splendid example of the American Frontier woman."
—Lt. Edward D. Tuttle
Posted by Bob Boze Bell at 4:01 PM