December 26, 2016
As a proud grandpa, it's always fun to pass on your passion by not-so-subtlety giving your offspring a nudge in the right direction. It rarely takes hold, of course, but this holiday season, the old man gave it his best shot. It started with a casual visit to grandpa's studio. "Do you want to paint?" I asked him. "Yes," he said without any hesitation. I grabbed a watercolor board that had a pencil sketch of La Gata on it, and placed it on top of my trash can, so the short guy could get a better angle on painting. 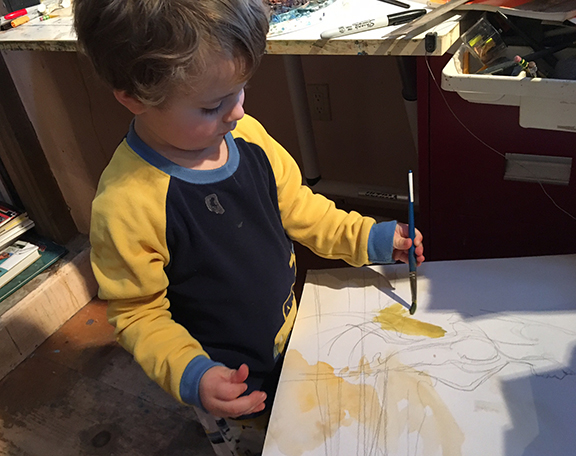 The very first Weston Whip Out begins and it looks like he may be left-handed. 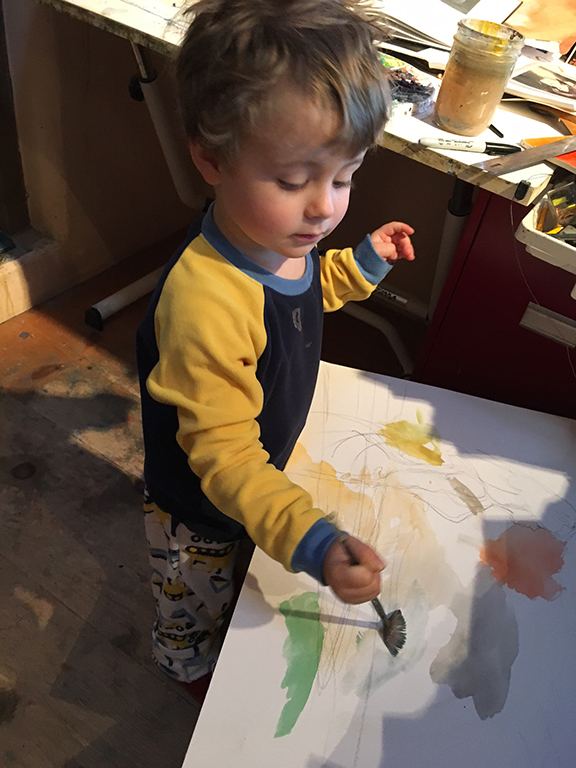 Oops. Nope. He has switched hands! I guess he was right-handed all along. 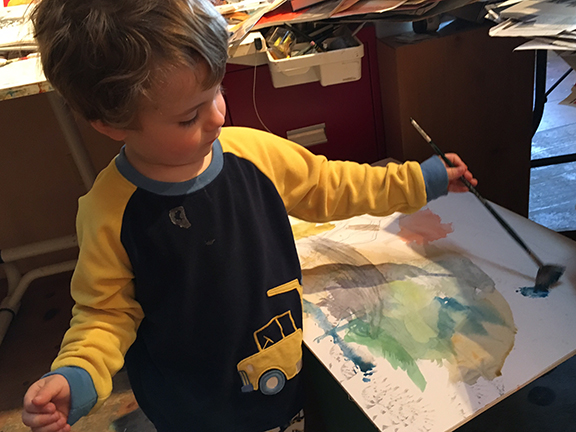 Nope. Back to the left with the Feather Brush. Good coverage, by the way. 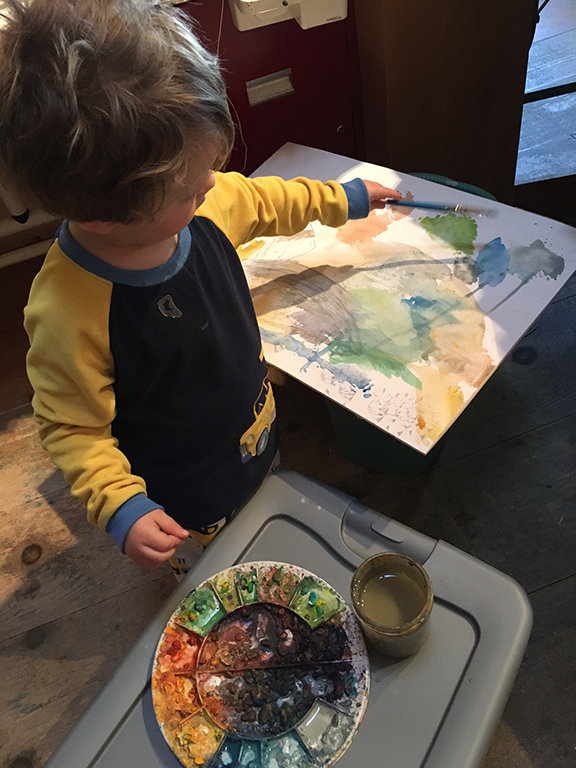 And then the Genius Reach to finish it off.

After about fifteen minutes of this bliss (for grandpa) he said, "I'm finished painting," and with that, Weston headed for the door. Dang, I wish I could be so sure when something is done like this. When I asked the three-and-a-half-year-old what the title of the painting is, he said, without pausing, "Shamrock." See last year's visit to catch the significance of that name (hint: I told him last Christmas I always wanted my own pony and if I ever got one, I would have named it "Shamrock.")

"The creative adult is the child who survived."
—Old Artist Saying