Calling All Dusters in Old Photographs?

December 13, 2016
We know the James-Younger boys were allegedly wearing dusters at the attempted Northfield bank robbery (1876) but, to my knowledge there has never been any photos of them in dusters (after the capture of the Youngers and Charlie Pitt's body, etc.). We have always assumed dusters were around because of this incident. Here is the closest Old West photo I can find that appears to show someone wearing a duster: 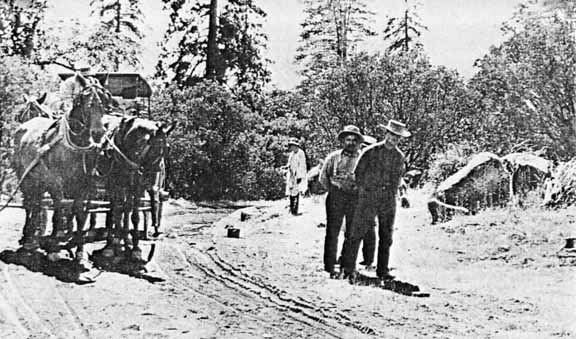 An alleged stage robbery in progress with the bandit wearing a duster.


I believe this photo was taken in the early 1900s and the highway robber is standing in the back with what appears to be a duster on, although it could also just as easily be described as an artist's smock. The story goes that one of the passengers had a Brownie and asked if he could take a photo. It seems a tad too precious to me—and also a tad late—but at any rate, this is the closet image I can find of an Old West character wearing a full blown duster. 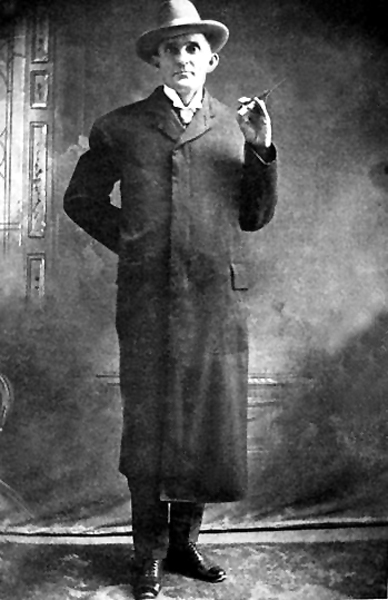 
Not really a duster, but it's long enough. I don't recall seeing dusters in photographs until the early auto era. Can anyone provide an image from the 1800s of anyone wearing a duster? Well, hold your horses, here's an image posted by Jerrie Jennings Paschal on Facebook: 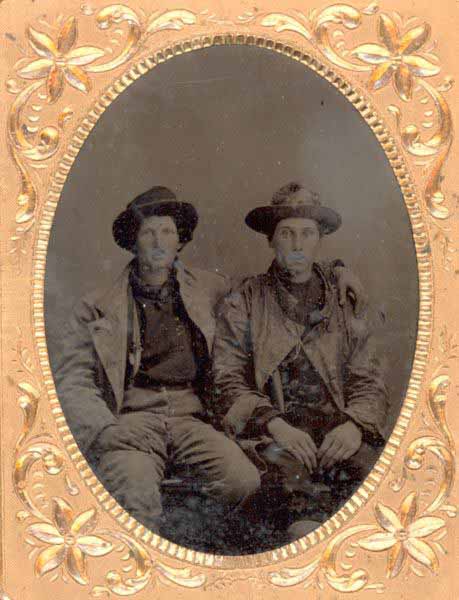 The man on the left wears a white or tan duster made of heavy linen or lightweight canvas with a small, split, flop-over collar. The duster's sides laid over both sides of the horse's rib cage. Introduced before the 1880s, the slicker (also known as saddle coat and pommel yellow slicker), worn by the man on the right, was made of heavy cloth, canvas or duck, and waterproofed with linseed oil. When worn, the slicker covered the entire saddle as well as the rider and ensured a dry seat.

And, of course, when it rains, it pours. Here's a certain Texas boy wearing a duster: 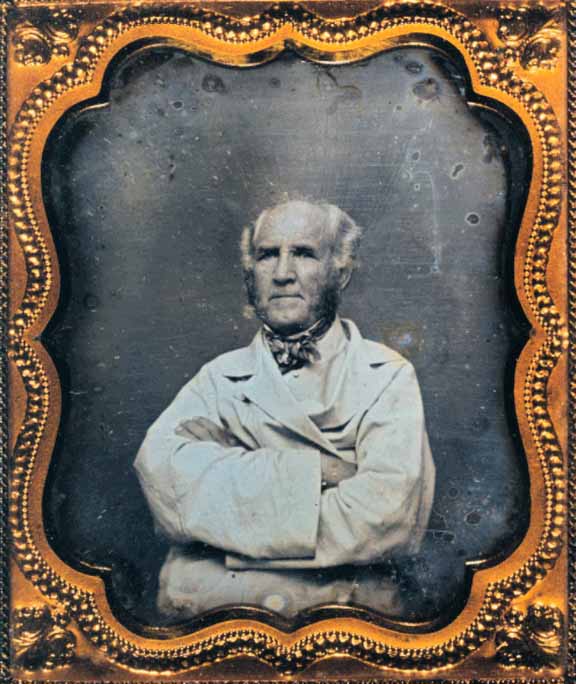 Sam Houston, circa 1857 wearing a duster. Courtesy of Gary Zaboly

And, leave it to Gay Mathis to find an even cooler image of a Texas Ranger: 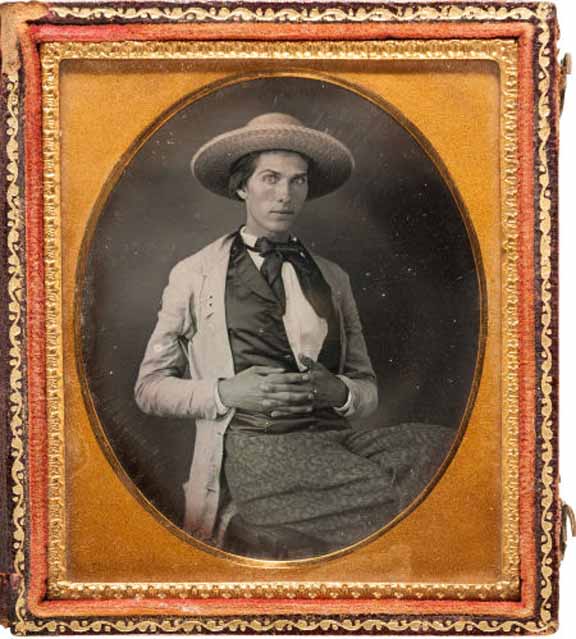 James Francis Blair, circa 1848, a private in Samuel Walker's company
of Texas Rangers during the early months of the Mexican War, wearing
a broad brimmed palmetto hat and a light-colored linen duster,
popular amongst the Rangers.

Of course, it's in the so-called Spaghetti Westerns in the late 1960s that we get the proliferation of dusters in a Western movie: 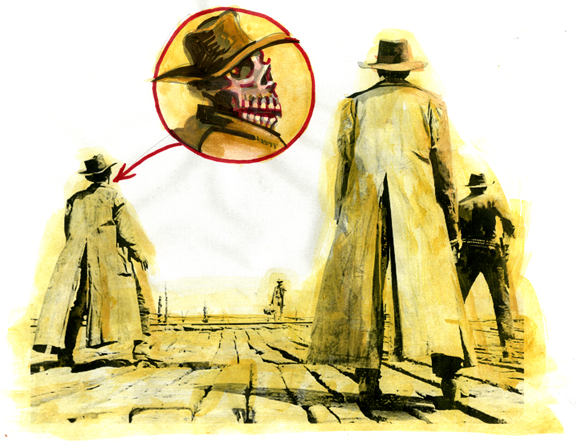 Al Mulock (at left), Jack Elan and Woody Strode face off against Charles Bronson
in the epic open of Sergio Leone's "Once Upon A Time In The West"


"The dusters were a mania of [Sergio's] and they became a mania of the time as well. We went to look at costumes at Western Costume in California, and we happened to find these beautiful dusters, which were dustcoats for riding. They had also been shown in the film by John Ford, The Man Who Shot Liberty Valance, in the flashback. They were white, so we changed them to chocolate brown. Before we changed them, they looked like they were worn by ice cream vendors."
—Carlo Simi, production designer for "Once Upon A Time In The West"