My Pledge to You

December 5, 2016
Last weekend I awoke in the middle of the night, still high on tequila and Neil Young. I had stumbled on a new song, "My Pledge," which was recommended to me by Napster, a name I hate, by the way, because of the little rat-bastard-music-thief who came up with the name and the shame. My current iPhone music provider was originally called Rhapsody ($9.99 a mo), but they inexplicably changed their name to align themselves with the Twat-head who has encouraged an entire generation that it is perfectly fine to steal from artists and not pay them. 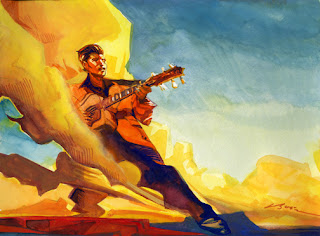 Napster aside, I was actually in a great mood, buoyed by the artistic genius of Neil Young ("A Southern man don't need him around anyhow. . ."). How many great songs has he written? I can think of a dozen that are in my top twenty of all time (see the lyrics to just one, below). Anyway, while the Stones are scraping the bottom of the blues barrel and Paul McCartney can't sing his way out of a paper bag anymore, much less write something original (Okay, Mac gets a pass here because he's probably way over his limit of hit songs anyway), but here comes this Old Man ("take a look at me, I'm a lot like you. . .") who pulls off this amazing new song, with a soaring creativity that takes my breath away. Imagine being in the studio and the singer says, "Okay, I'm going to do this as a talking song. You see this guy is talking to a judge and he swears to tell the truth and nothing but the truth and he's talking along, but on the first line of each stanza I'm going to sing over my talking voice, in a falsetto overdub, and I won't sing the entire stanza, just the first six or seven words and then I'll drop off. It's just going to be me, my acoustic guitar and a drummer. But I don't want ANY fills, just a snare and a bass drum. Trust me, it's going to be epic."

And for crying out loud, it is! Best song of the year: Neil Young's "My Pledge." Get yours today on Napster.

"Stick around while the clown who is sick does the trick of disaster, for the race of my head and my face is moving much faster. Is it strange I should change, I don't know, why don't you ask her."
—Neil Young, "Mr. Soul"