In Search of The Real Curly Bill

June 15, 2017
With the passing of Powers Boothe last month we made a commitment to build a wonderful tribute to him and to one of the most intriguing Old West outlaws, which he portrayed to perfection—Curly Bill Brocius. We have some new research on the historical outlaw's backstory, from the late great Paul Cool, and that scholarship will anchor the issue, but we will also feature a fitting eulogy to the actor best known for his role as the leader of the cow-boys: 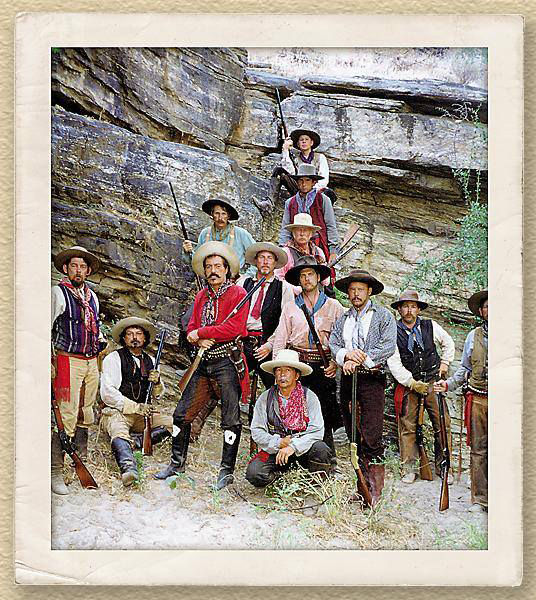 When we posted this photograph on Facebook (which ran in my Wyatt Earp book) it was viewed by more than 1.1 million people and received 2,121 comments and 6,149 shares. I'd say it struck a nerve. 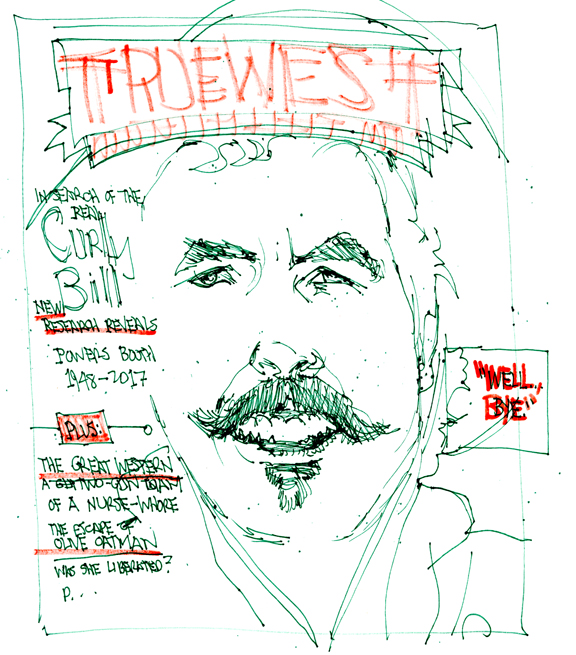 So Dan The Man Harshberger whipped out a few cover ideas to look at: 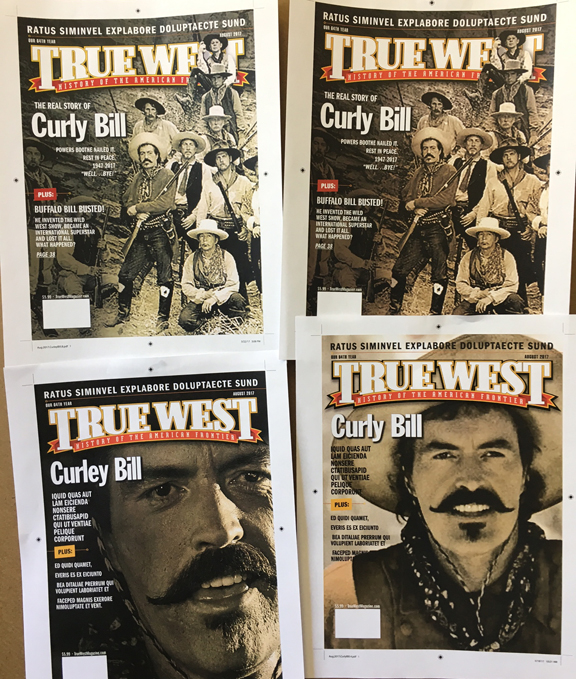 Dan The Man's first four passes at the cover.

He did two more this morning, and they are looking good. 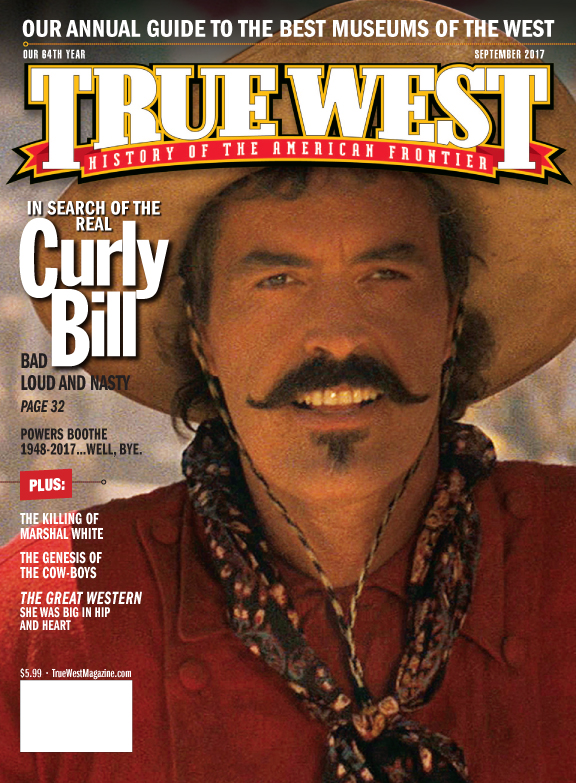 Still moving things around in terms of type, but we're getting closer to the final. Stay tuned.

"I should warn you that underneath these clothes I'm wearing boxer shorts and I know how to use them."
—Robert Orben