June 30, 2017
Spent all morning working on a hopefully more historically accurate version of the Great Western for our splash page opening. 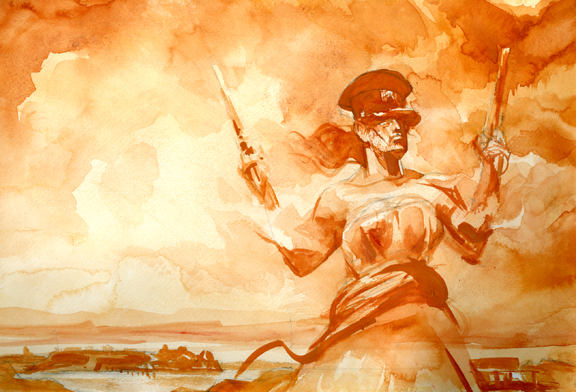 Daily Whip Out In Progress: "The Great Western"

I am channeling the French Revolution gal here, but that damn cap is giving me fits. She looks French, but unfortunately she looks like she's a French cop.

One of my problems with the "Raquel Welch" painting I posted yesterday is that I portrayed her wearing a big ol' cowgirl styled Mexican sombrero. because it is, well, sexier. In actual fact, Sarah was described as wearing "a gold laced cap of the Second Artillery," dating from the Mexican War (1840s). The problem with portraying her with this headgear is that it actually looks too modern, like a WWII hat or, even like a 1950s milkman hat. Or a service station hat. This headgear used to be really popular when I was growing up. Funny how styles like this move in cycles: what's old is new again. Here is a good likeness of the style of military cap I am seeking for Sarah: 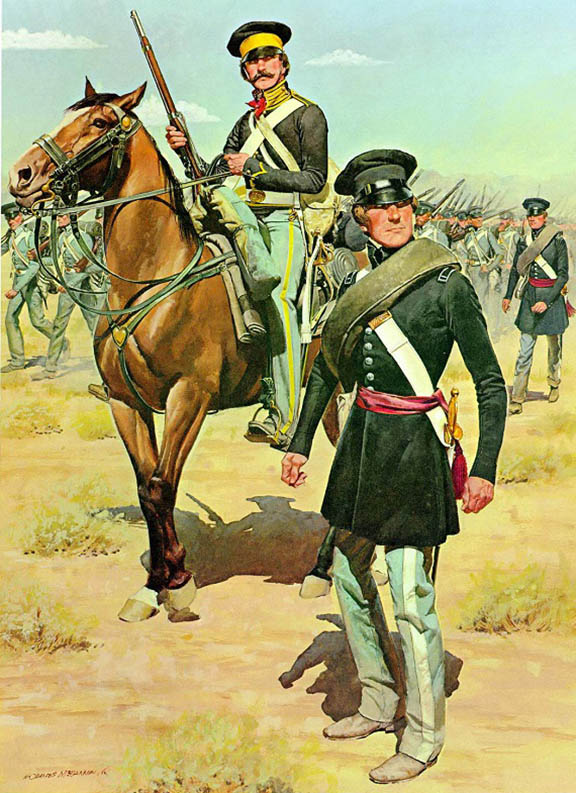 Here's a re-enactor wearing another good example of the cap. 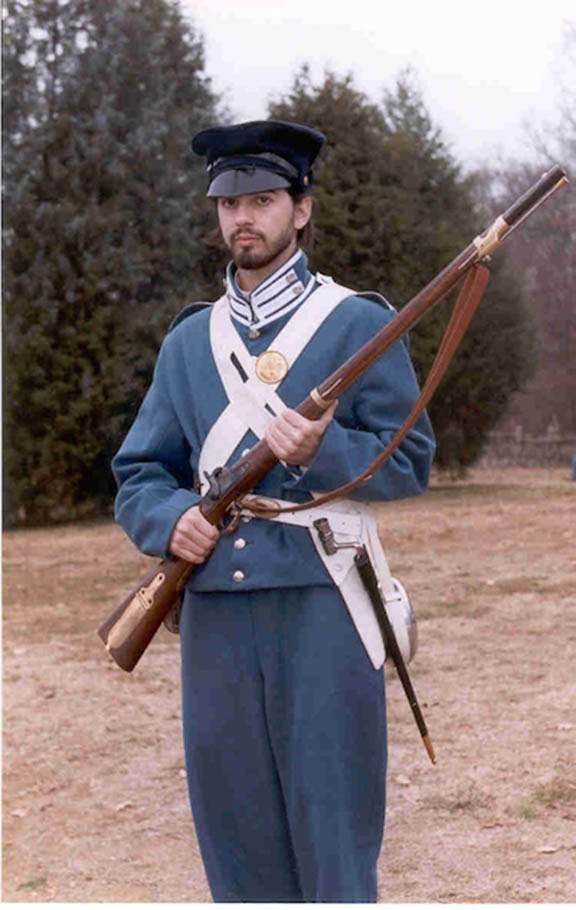 And here's an actual photo of a period American soldier wearing the cap: 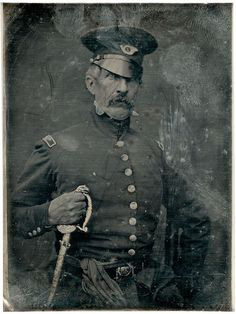 Crazy, but this old bird could be in the German Luftwaffe.

"I believe the future is only the past again, entered through another gate."
—Sir Arthur Wing Pinero