The Eyes Are The Window to The Soul

June 5, 2017
Worked most of the weekend studying Olive Oatman's time among the Mojaves. After her release, she gave very conflicting reports on her four year stay in the Mojave Valley. Was she merely property? This was the basic theme of the book she wrote with Stratton, and the basic theme of her lectures. After all, the Mojaves bought her, along with her sister, for a couple horses, blankets and vegetables. On the other hand she reveals affection for her host family and there are hints of a deeper connection, although never proven.

Sometimes getting lost in a drawing gives me a perspective I didn't start with. This morning I have a new-found appreciation for the vulnerable position Olive Oatman found herself in after her release from the Mojaves. Everyone wanted to know: How bad was it? Did they try to. . .you know? 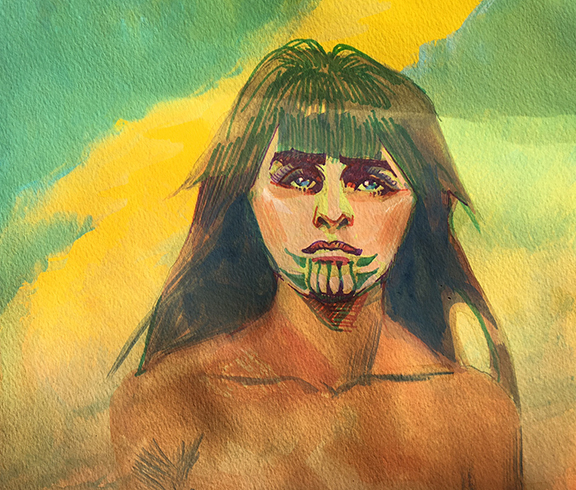 Daily Whip Out: "The Eyes Have it"

"The eyes are the window to the soul."
—Old Vaquero saying (or, Shakespeare, or Leonardo DaVinci, or Max Beerbolm, or Ralph Waldo Emerson)
Posted by Bob Boze Bell at 7:46 AM