June 19, 2017
Spent the weekend noodling images for both The Great Western and Olive Oatman who famously met at Yuma Crossing in late February of 1856. 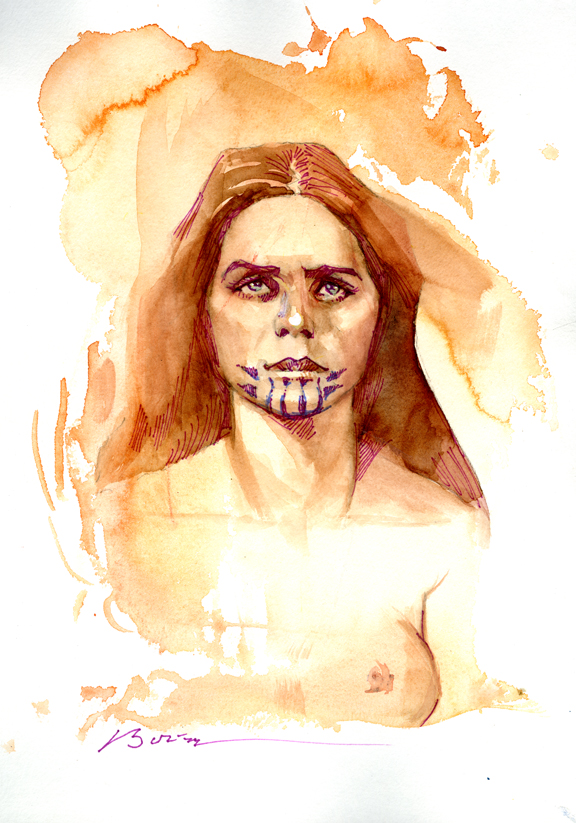 This would be how Olive looked when The Great Western took her in after the famous captive arrived at Fort Yuma in February of 1856. As would be expected, Miss Oatman was quite distraught and confused. She couldn't remember her English (both the Yavapai and the Mojaves forbade her and her sister from speaking Engish to each other and after Mary Ann's death, the year before, Olive had not heard nor spoken English since then) and she often resorted to Mojave, blurting out she wanted to return to her Mojave family and trying to escape. This happened more than once. Each time she tried to flee, the strong and gentle giant, Sarah Bowman, reeled her back in.

The Perfect Nurse for Olive

Sarah Bowman had a saber scar across her cheek from the Mexican War. She was a giantess—well over six feet—and she a reputation for being a hard woman. But at the same time, she was known far and wide as a gentle soul, and she was beloved for being a nurse to wounded soldiers from Texas to Mexico and back. She was the perfect fit for Olive Oatman's return to anglo culture after five years in captivity and one can only imagine the challenges Sarah faced with her wild, hysterical charge. It took her a month of tender loving care to bring Olive back to some form of normal.

To give you an idea of how difficult this transition was, when Olive's brother Lorenzo showed up to reclaim her, the two did not recognize each other and sat in silence for an hour, before either one of them spoke! 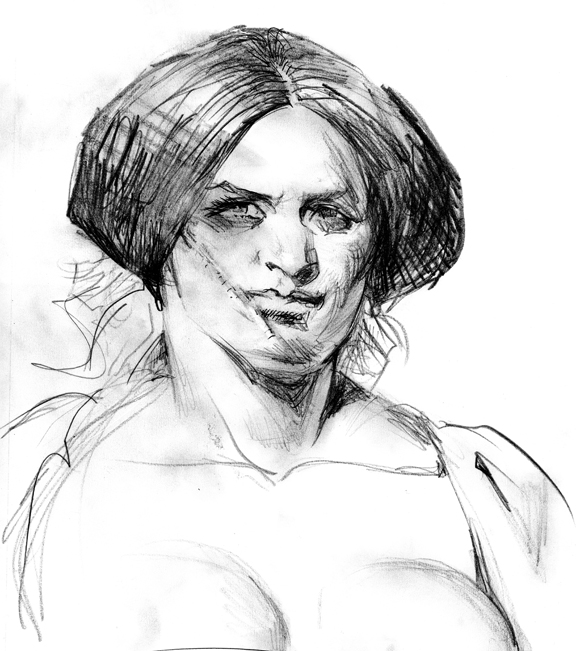 "I attribute my success to this – I never gave or took any excuse.
—Florence Nightingale
Posted by Bob Boze Bell at 1:17 PM