The Return of Olive Oatman

June 18, 2017
Everyone agrees Olive Oatman left out some of the more sordid details of her five years in captivity.

"Much of that dreadful period is unwritten, and will remain forever unwritten."
—Royal B. Stratten, Captivity of the Oatman Girls, 1857

But did one of the unwritten periods include having children? 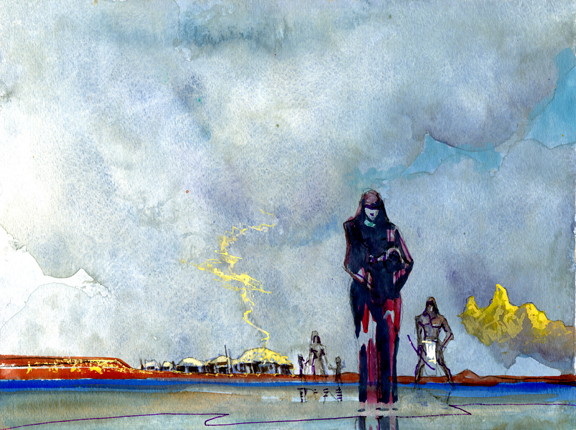 The head chief's daughter, Dakota, accompanied Olive to Fort Yuma, partly as a friend (the two had grown close) and partly as an emissary of her father and the Mojaves. Part of the trade included a horse, which Dakota was promised on delivery of the American captive.

Before she left the Mojave Valley, Olive was approached by the chief's son, who told her she could not take certain trinkets. Might these trinkets have to do with their relationship as a couple?

After a nine day journey, the small party arrived on the eastern bank of the Colorado, across from Fort Yuma. The Colorado River in the old days—before the five dams—was a muddy, silty, roaring quagmire. 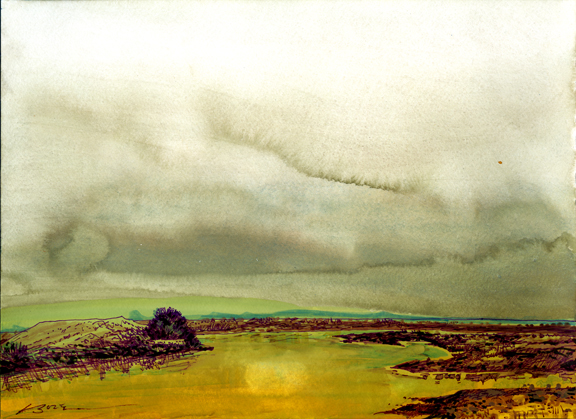 Daily Whip Out: "The Lower Colorado: Too Thick to Drink, Too Thin To Plow."

Most historians believe Miss Oatman was put in the care of Sarah Bowman. However, several accounts avoid giving The Great Western credit, the most obvious one being Royal B. Stratten's account in the best seller, Captivity of the Oatman Girls.  Stratten writes that Olive "was taken in by a very excellent family residing at the fort." The choice of the word "excellent" appears to be used to exclude Ms. Bowman. 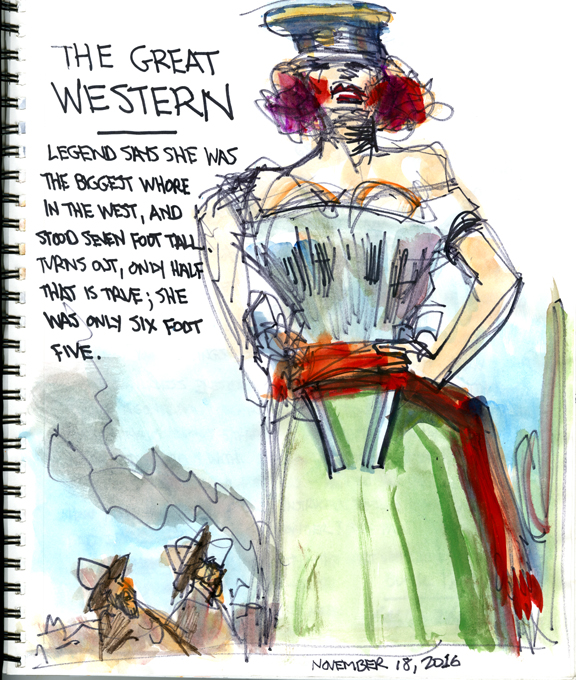 To confuse matters even more, Olive herself told a reporter in San Francisco, four months after her arrival at Yuma, "I was taken to Fort Yuma and remained there a month in the family of Sergeant Reuben Twist." Twist was stationed at Fort Yuma at the time, but other than that we know nothing about him. Some believe Twist could have been boarding with Sarah, but that is just speculation. It's probably safe to say, even if she did care for Olive, Sarah was denied the credit in some circles because of her shady past.

The one person who could have told us exactly what happened, was not asked, did not write anything down and died too soon. That would be Sarah Bowman, herself, who died of a spider bite on December 23, 1866. She was 53 years old.

"This is the last I shall see of you. I will tell all about the Mohave and how I lived with them. Good bye."
—Olive Oatman, shaking the hand of Tokwatha (Musk Melon) at Fort Yuma on the day she departed