The History of Political Correctness vs. Seeking the Truth 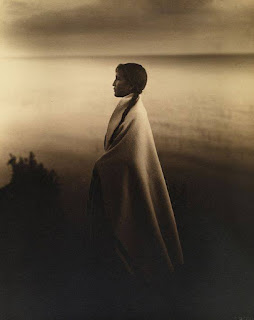 My whole deal from day one has been to find out the truth, warts and all. I was asked to come speak to a group of horse enthusiast publishers last Friday in Scottsdale and here is their report on what I said:


Surviving the New Media Landscape
Bob Boze Bell took over True West Magazine in 1999 and quickly was losing $30,000 a month. “If you try to do something different, it takes a while for people to catch on,” True West’s CEO and Executive Editor commented. “Content is king. Ask readers what they want and give it to ’em.” The enthusiastic Bell discussed survival in today’s digital world, including the use of Facebook to invoke reader feedback, and also shared some of the mistakes that he’s made along the way. True West is now in its 64th year of production telling tales of the Wild West. “My job here today is to tell you what not to do,” he said to a room of laughs.
End of newsletter report.
I can't tell you how refreshing it is to be quoted correctly. On the other hand, if you chanced to read my take on the swinging Mojaves (blog post "Enter The Talking Vaginas") I knew it would get some blowback, like this remark on the True West Facebook page:

"DISGUSTING! I THOUGHT THIS IS ABOUT THE OLD WEST!"

The inference being, evidently they didn't have any sex in the Old West, or, at least this woman doesn't want to hear about it. But the discouraging blowback from the post, at least to me, are these two comments:

"I call Bull Crap. Neither the first nor last time a "scientist" has made up lurid tales re the sexual practices of primitive cultures."
—Andrew Gribble

"Totally agree about your comment about scientists. The adding of lurid tales were found in many of the anthropology books I had to read while in college."
—David Quin

First a clarification is in order: Koebler was not a "scientist" but rather an anthropologist, and he was not alone in his conclusions about the sexual practices of the Mojave, and, in fact, Mojave historians (that would be Mojaves who are historians) concur with the major points.

What I read into these two comments is that the rejection of seeking the truth is part and parcel to the current culture wars.

Here's another attack on "revisionist history":

"McGinty's book ("The Oatman Massacre") is revisionist history. While he did his research, there is a definite slant to his conclusions that Olive did want to stay with her captors while if you read her book, page after page details her longing to leave, her hate for her captors and her desire to be free. It's a little too convenient to dismiss all the things she says in the book Stratton helped write as his 'editing.' McGinty and folks like him try to filter her experience through 21st century glasses when it was a totally different time back then. As Olive describes in the book, the Indians hated the whites."

About half true. Not all Indians hated "the whites," just as not all whites hated the Indians. I really hate—he said ironically—how we have arrived at this cultural crossroads where anything that even hints at inclusiveness or PC is automatically rejected as only something a "libtard" would buy into.

That said, I too am tired of lockstep PC as it relates to In-dins (I refuse to use Native Americans, or, Italian Americans because it smacks of Vidal's quip: "tyranny with manners"). But, then again, I do see where it came from and the desire to regain some pride in one's ancestry. At the end of the day, we are all human beings and at least some of us are merely trying to look for clues at the scene of the crime.

“Unless you’re ashamed of yourself now and then, you’re not honest.” —William Faulkner

I'll let a historian have the final word:

"A decade and a half into the 21st century, what do we love in common? The painful but unavoidable answer is: not enough."
—historian Jon Meacham