June 13, 2017
Our big Fly Shoots Geronimo at Embudos issue is out on the newsstand and we are getting some stellar reports. These were forwarded to me by Lynda Sanchez in Lincoln, New Mexico, who starts off her email with this:

All,  Wow, what a great issue.  Just got my copies of the July issue.  I am going to mention it on my list that I use for my own historical buddies and those who care about the history of the West.  The CS Fly info is amazing.
[Linda included responses from her friends who found the issue]:

The July issue is out, I bought two at B & N today. Although I have yet to read the article, it looks to be good. I never tire of looking at the Fly photos.Hola Lynda, Just got the July issue of TW and saw your great article. I didn’t know who the proud warrior was in the middle of the photo and obviously what happened to him. Outstanding information. I also note the photo of Ingstad and Yanosha in the next article. By the way, I can’t remember if I mentioned it earlier, but saw a National Geographic program that’s a series about a man who lives with primitive peoples and learns their skills for living and survival. The piece I saw was him living with the Cree Indians in Canada and going out in the middle of winter to find the caribou in the deep woods. He only took what any caribou spotter would have carried for survival. Reminded me of Ingstad with the Chippewa and how the Chippewa are first cousins to the Apaches.

End of comments. More to come. Decided today I was going to emulate the late-great Stevie Ray Vaughan, who could shred a guitar like nobody I have ever seen. I was watching him do his thing to "Pipeline" on an old Youtube video and I noticed that his strumming hand kept up a solid rhythm, but his fret hand was doing all the crazy stuff. I made a vow to be more like Steve and Let It Shred! 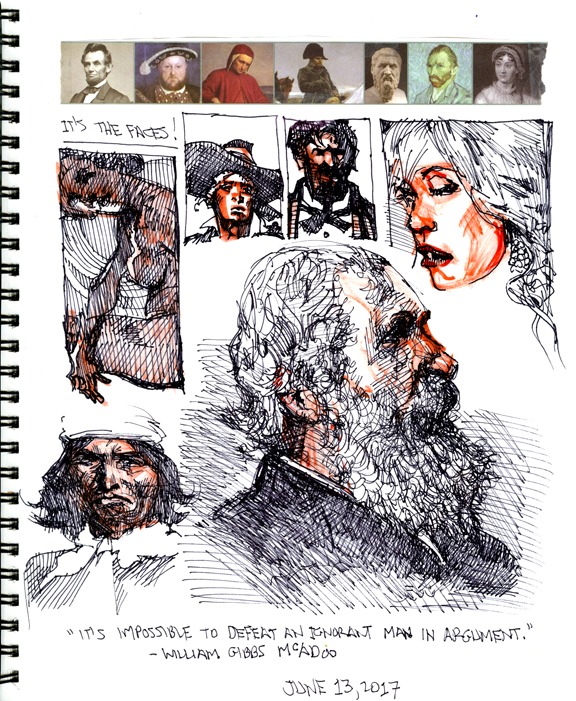 Finding a variety of old images this week, with some decent effects, like this:

Daily Whip Out: "The Midnite Visitor"


According to the Whipple report, Mojave warriors painted their faces black and then applied four, red, stripes. Not sure this is right, but it's a start. 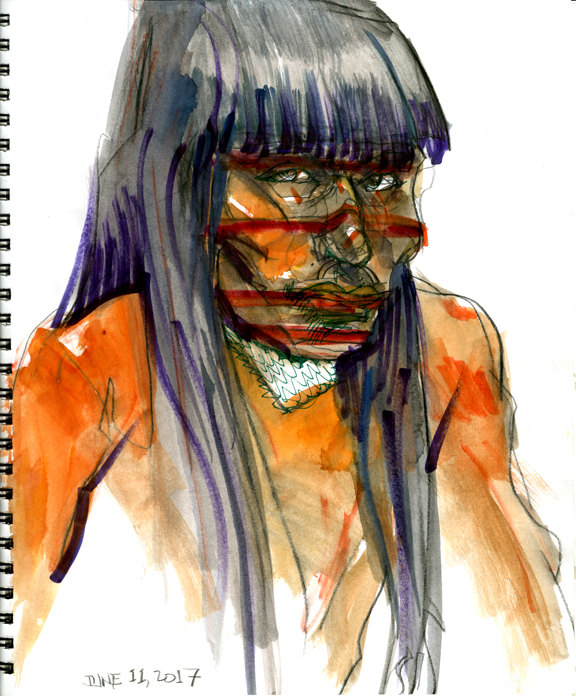 This led to some splashy noodling: 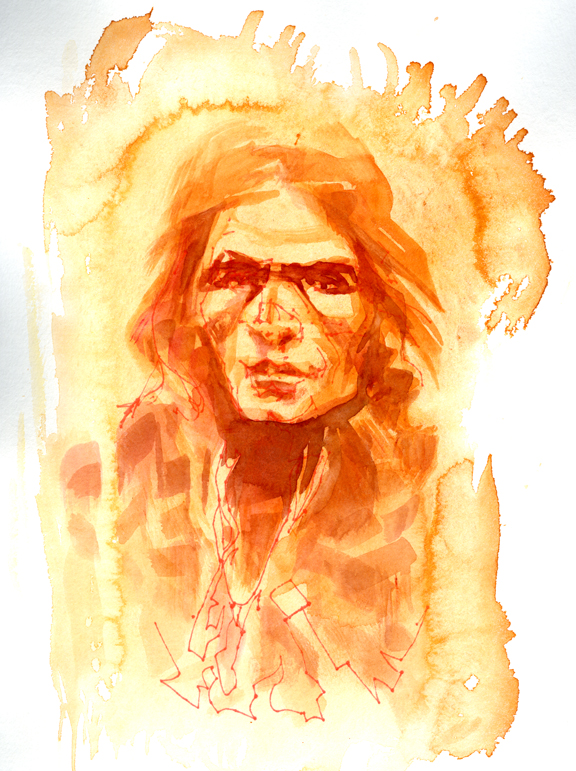 I couldn't resist adding a few strokes this morning. 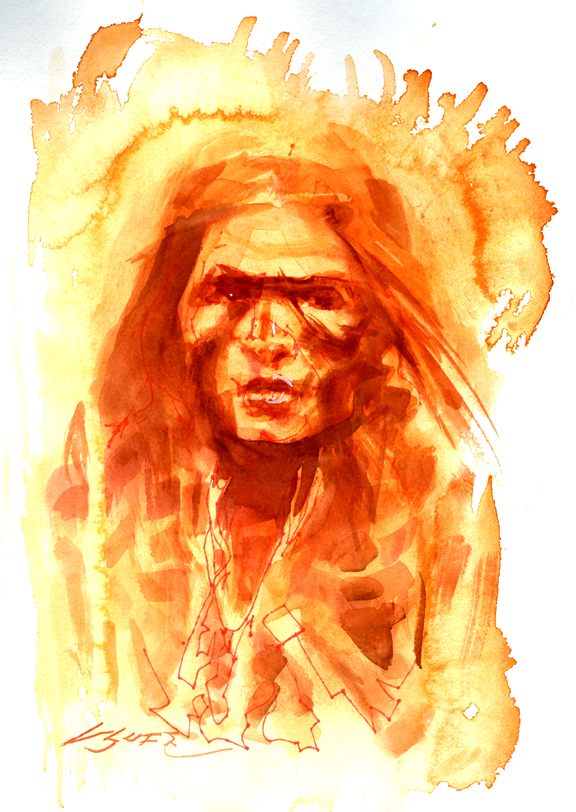 "He who hesitates is a dmaned fool."
—Mae West