December 20, 2017
Like so many bad trips, it started out as a fun adventure. The so-called Brewster wagon train left Independence, Missouri on August 10, 1850. Ninety-three religious pioneers seeking a life in the Land of Bashan, were headed West in 43 wagons, loaded down with eight months worth of provisions. One of the young women accompanying the train described their stock of foods and preparation: "Each wagon had a supply of jerked meat, dried apples and berries, flour corn beef, meal, preserved fruits, bacon and beans that we had prepared during the spring months. . ."

Young Susan Thompson also said of their journey, "It was a continuous picnic and excitement was plentiful." They stopped every two or three days and "while the women baked and washed, the men hunted for antelopes and buffaloes or smaller game. Often when we were camped near a stream, we had quantities of fresh fish." 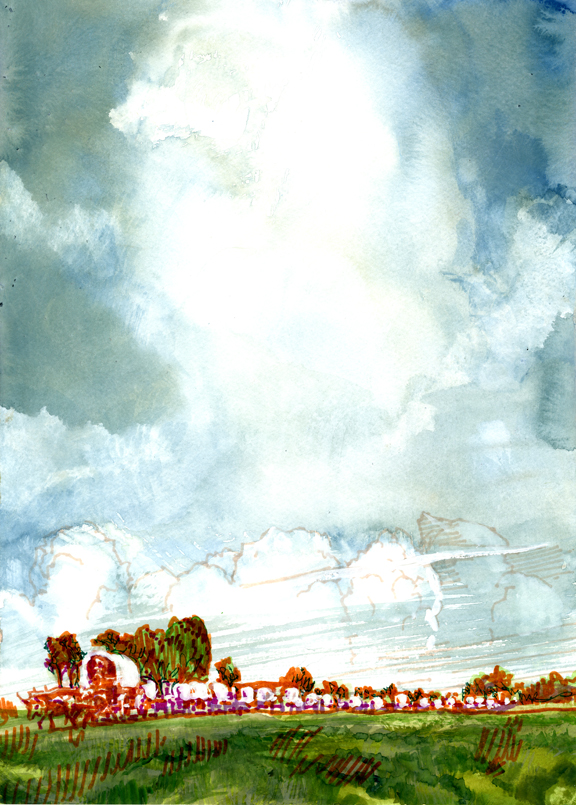 "In the evenings we gathered about the campfires and played games or told stories, or danced. . .as the young folks danced in the light of the campfire and lard burning lanterns. There was plenty of frolic and where there are young people gathered together, there is always plenty of love-making." 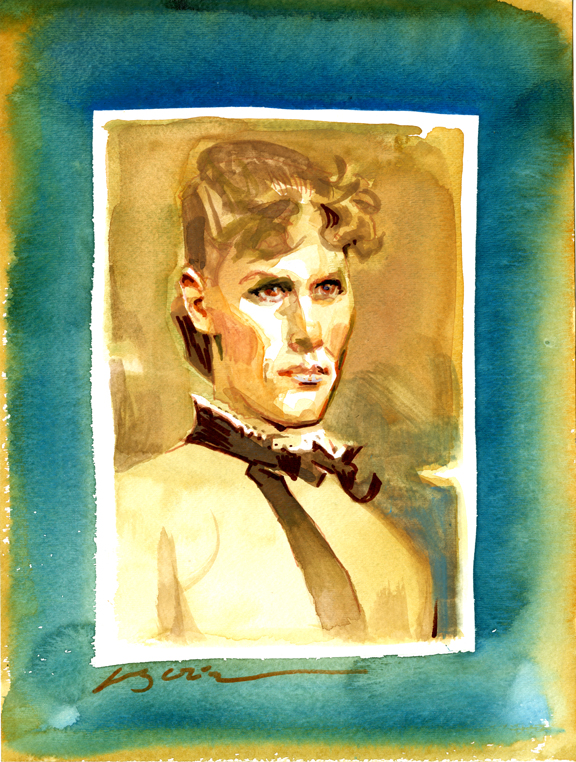 Daily Whip Out: "Susan Thompson,  from a photo"

Of course, the good times didn't last. Petty infighting, alternative visions and illness took its toll. So much so that by the time the wagon train reached Socorro, New Mexico Territory, their ranks had been cut in half. And by the time the dwindling number of immigrants reached Maricopa Wells (south of present day Phoenix, Arizona) the wagons had been reduced to three.

A month later, one wagon pushed on towards the Colorado River, where the Edenesque Land of Bashan allegedly awaited, at the confluence of the Gila and Colorado rivers. That wagon was piloted by Roys (also styled as Royce) Oatman.

"Owing to the religious peculiarities and strange prejudices of certain restless spirits in our company; friction was produced and harmony broken in upon. Some resolved to give up the enterprise and return, but a majority resolved to proceed, and after some wise counseling and delay, peace and unanimity was restored and we were on our journey again."
—Olive Oatman

"Mother, I know something dreadful is about to happen."
—Roys Oatman, on the evening before the attack