The Mapinator And The Nude Duel That Will Not Die

December 16, 2017
This is what happens when whores and gamblers meet in the park late at night. 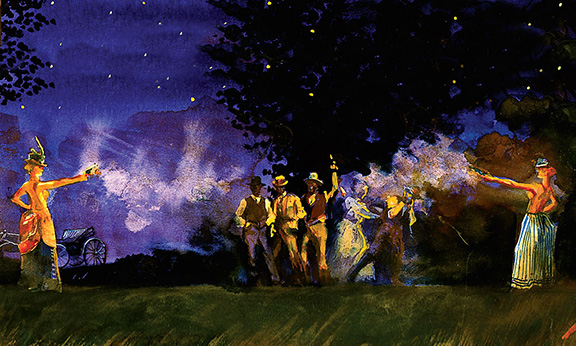 Daily Whip Out: "The Nude Duel That Will Not Die"

I did a Classic Gunfight on this famous "duel" that came off between two Soiled Doves in Denver. Allegedly the two stripped to the waist so as not to inhibit their shooting ability. One poor bystander got it in the neck (see scalawag grabbing his neck, at right). Turns out the whole thing is a myth, but it's such a Good Myth, it gets repeated almost every year in the Denver Post, and every year the historian Clark Secrest sends the real version and every year the Denver Post runs a retraction. May I suggest a headline for this coming year? 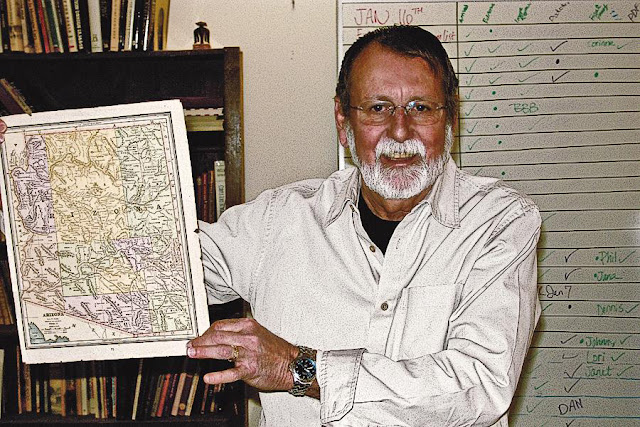 Gus passed in November of 2014. We really miss him and his wonderful maps. He was the best. 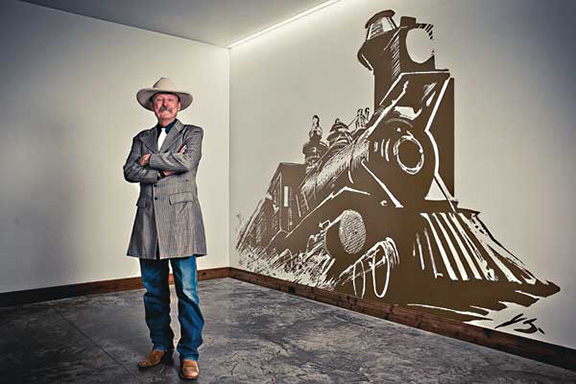 Taken at the Scottsdale Museum of the West shortly after their opening. They had this giant blow-up of a scratchboard of mine, which you ran into if you were on the way to the bathrooms. Needless to say I was very proud of the placement. It has since been replaced with other artwork, but this is a proud memory.

"There is no truth, no history—there is only the way in which the story is told."
—Richard Avedon