December 11, 2017
Carole Glenn was cleaning in the office (we are getting new carpet) and she found a couple large boxes of True West promotional postcards. We used to send these out every month to advertise the next issue, but with the rise of digital, we discontinued the practice about five years ago. Some of these little boogers were quite groovy, especially this little sucker: 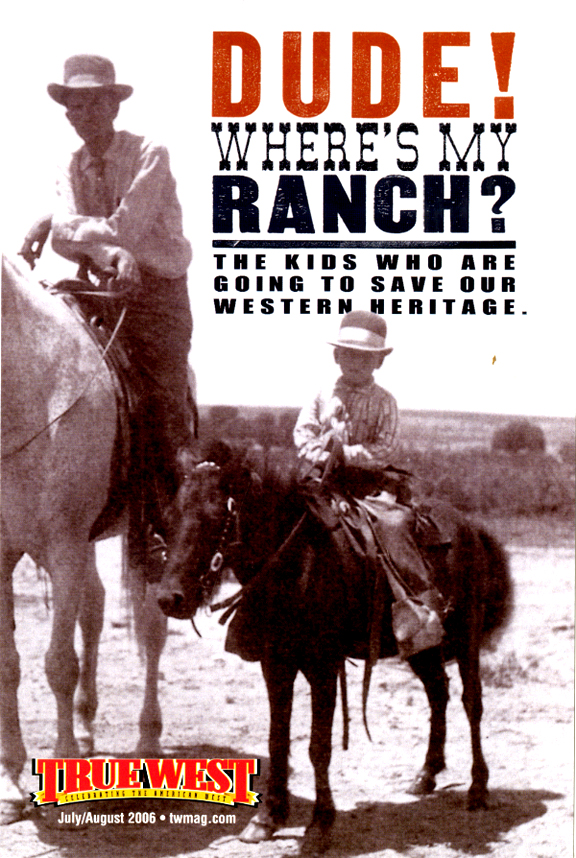 Some were quite risque and I can't quite imagine sending them out today: 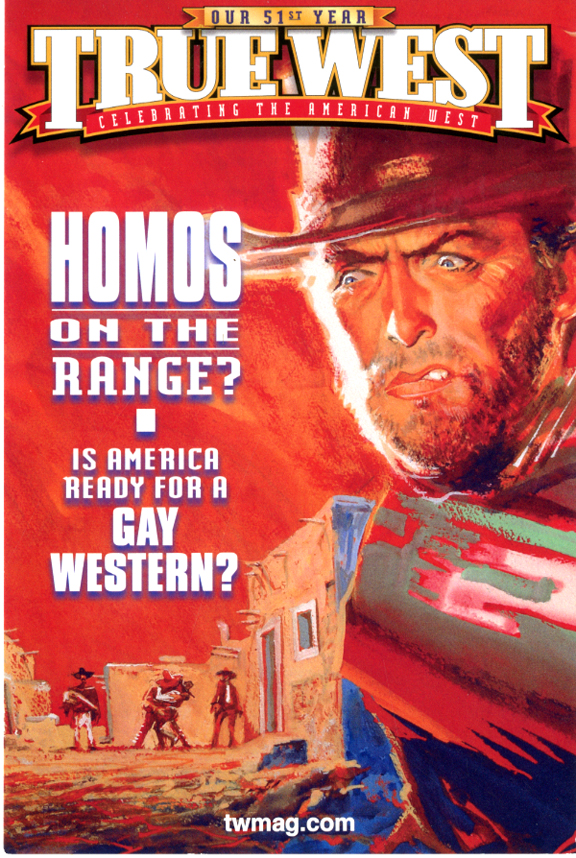 We did a cover story on Ang Lee's "Brokeback Mountain" in 2005. Needless to say, we got some interesting phone calls after it hit the streets and our subscriber's mailboxes. 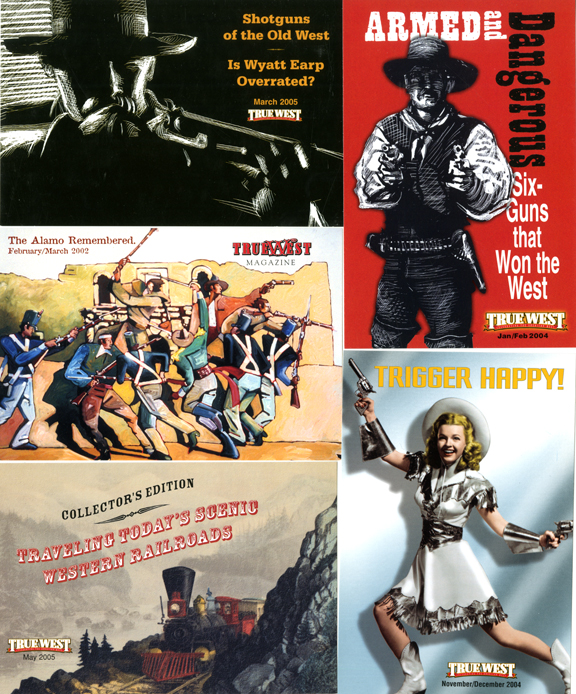 If I sent you one of these recently it's because I like you and thought you'd get a kick out of them. If you want some for your own, to send to people you like, they are a dollar a piece, while supplies last.

"You can't hate someone whose story you know."
—Old Vaquero Saying