December 29, 2017
As my old bandmates will be the first to tell you, I'm not a musician, I'm a drummer. But in our defense, we percussionists see things so-called musicians sometimes miss. It probably has a lot to do with the fact that we drummers are put in the back on the bandstand and those pompous asses with the guitars stand in front of us and shake their butts in our face.

Not that I'm angry or anything.

And while they are looking out at the audience, we are forced to look at them. To be honest, here is what we see. Most bass players are frustrated guitar players and lead guitar players are the divas of the stringed, instrument set. From there, steel guitar players, are invariably borderline neurotics, but the most, ahem—high strung—and the craziest-of-the-crazy, are the fiddlers.

The crazy fiddler phenom has some history: Nero fiddled while Rome burned, all that. 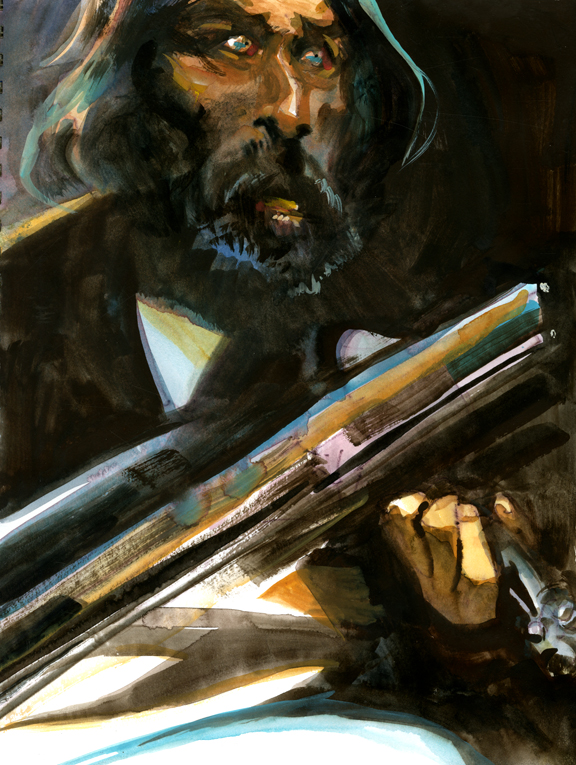 Daily Whip Out: "The Mad Fiddler"

Slightly unhinged, a spaz with a bow. And where did I get the model for this crazy fiddler? Oh, I don't know: 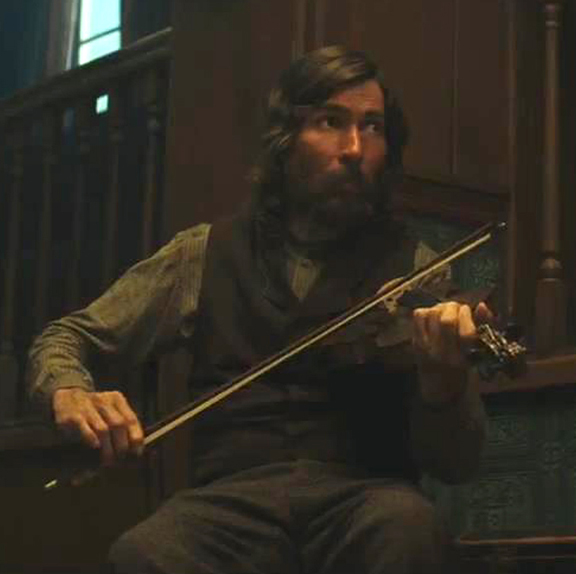 He's been in a ton of movies, as a fiddler. Did you see Wyatt Earp? He was a fiddler in that. Oh, and he's a damn good fiddler. He and Mark Lee Gardner came by the True West World Headquarters several years ago and put on a concert right in our reception area. For free!

"He who looketh upon a woman loseth a Fender."
—Old Musician Saying
Posted by Bob Boze Bell at 10:48 AM