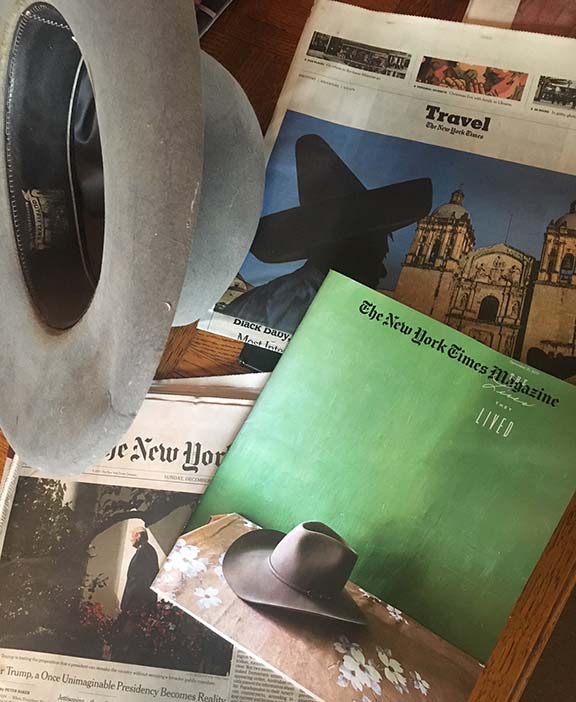 "Utter blasphemy!" cried cowboy hat wearers
from around the world.

Here's The Deal
You never, ever place a cowboy hat with the brim down on a flat surface as these east coast yahoos have brutally done. They have sullied the late Sam Shepard's hat on the cover of New York Times Magazine. Mr. Shepard was a true lover of the West and all of its traditions, and I have no doubt Sam himself would be upset as well. An apology is in order.

What Would Sam Say?
Thanks to my friend Red Shuttleworth here is Sam in the hat featured on the cover, above. It's from Don't Come Knocking. The caption is my own, but I think it's pretty close to what Sam would want to say here: 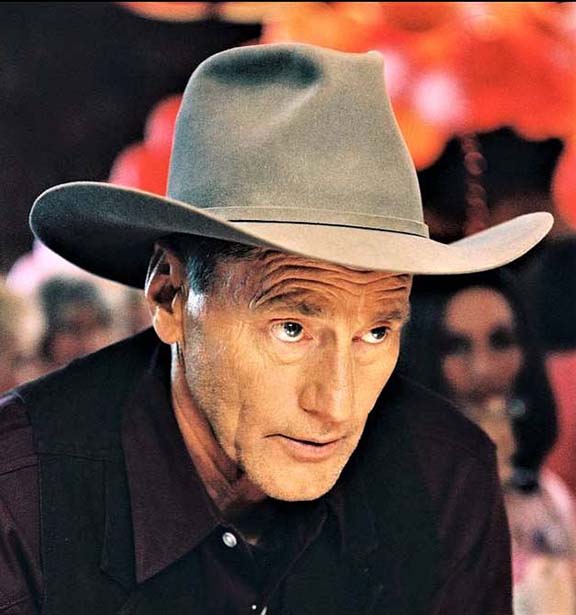 "Whatever you do, son, do NOT place my hat on a table
with the brim down."


"It appears someone at the Times is in serious need of sensitivity training."
—Squibe Nish, spokesperson for Hat Manners Matter
Posted by Bob Boze Bell at 9:36 AM