A Response to Paul Hutton's commentary

December 18, 2018
Ah, yes, it's that time of year when the mail brings daily tidings of Yuletide cheer and, in some isolated cases, massive Zane.

Forty Degrees of The D's
It was forty years ago that Dan and Darlene Harshberger came down to Tucson where I was living with Terry Townsend, and the four of us went out to Saguaro National Monument to take a look see. I took this photo of Dan and Darlene (we call them the "D's") in front of a massive saguaro and the two love birds have now used it for their 2018 Christmas card. 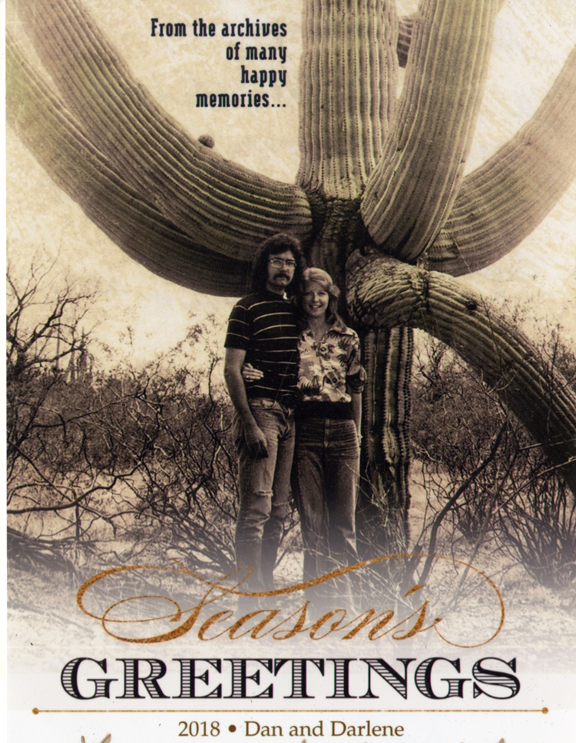 Who is that long-haired Hippie dude? Wow! That is forty years ago. Even then, especially then!—Dan and I were designing covers and laying out articles for our humor magazomic, the Razz Revue. In fact, we had just done a cover featuring Darlene on it, that made her mother cry. Not my proudest moment, but at least Darlene has forgiven me. 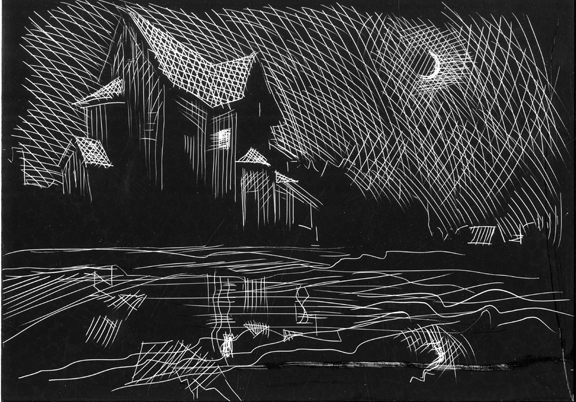 Sliver of The Moon, Part II

A Response to Hutton's Commentary

"Americans remain mired in the exceptionalism fallacy, a self-conception that they are a people committed to freedom and justice, and have a God-given duty to disseminate their way of life to the world, even to the point of interference and intervention in foreign nations. The myth that subsumes us makes us emotionally susceptible to appeals of a sinister nature; “a perennial disposition that can be readily exploited for ideological purposes.”1 When American propaganda and myth are inseparable, benevolence shares the saddle with bellicosity."
Michael Kammen, in Mystic Chords of Memory, provided many cogent, sustaining insights: Americans have highly selective memories; invocations of the past can be used for innovation or resisting change; history is used for defining national or personal identity; the past can be used to serve partisan purposes; and memory is hard to separate from patriotism. Where ancient myth-making centered on taking gods and goddesses and making them more human, American myth-making was the reverse: we took ordinary men, some very unsavory, and made impossible idealized abstractions out of them. “We prefer plasticized apotheosis to historicized memory developed in judicious doses.”2
We deified frontiersmen and cowboys and called them us. Frontiersmen could be ignorant, avaricious, swindlers, terrorists, racists, bigots, and bullies who could neither shoot straight nor be straight shooters. But old frontiersmen never die—they don’t even fade away. Today, modern Jacksonian populists wistfully seek a non-existent mythical past, offering a cure that is worse than the disease. They walk among us, still toting guns, still anti-intellectual, still in fear of those who dress or worship differently, and still assured of their righteousness—their legacy a haunting reminder of James Madison’s warning that “Ignorance will be the dupe of cunning.”3 In the wake of the latest acts of gun violence, or racial, religious, and ethnic intolerance, Americans offer up their thoughts and prayers and repeat, “This is not who we are.”
"Maybe it is."

"Here is your country. Cherish these natural wonders. Do not let selfish men and greedy interests skin your country of its beauty, its riches, or its romance."
—Teddy Roosevelt
Posted by Bob Boze Bell at 11:54 AM