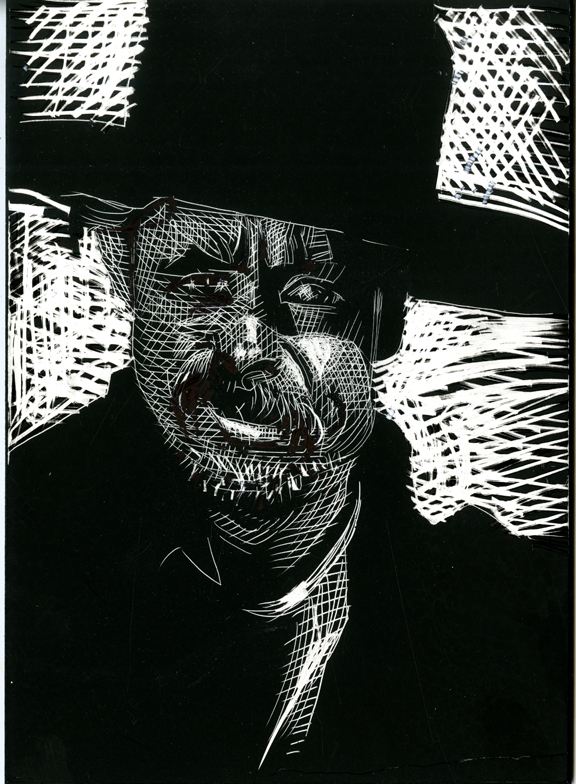 He has a bit of Doroteo Arrango in his face. Or, at least more than I intended. Doroteo was better known as Pancho Villa.

I grabbed a little sketchbook this morning and gave that a go. 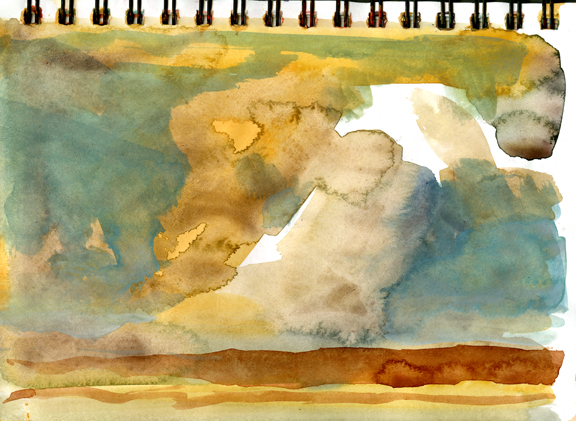 Andy Sansom posted a photo this morning and wanted to know where it was taken. I immediately recognized it as a familiar landmark outside of Kingman, on the way to the lake (Mohave). 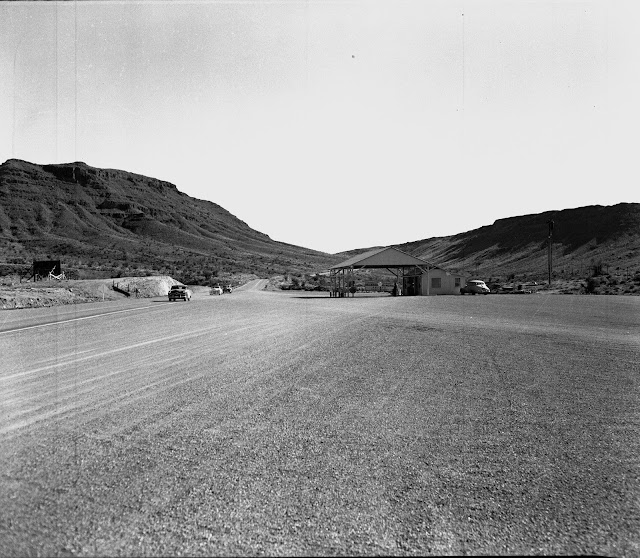 It was at this inspection station in October of 1963 that Sheriff Bob Tarr was shot and killed in a stolen car incident.

My good friend, John Langellier, came by for lunch today and brought along rocker Jack Blades of Night Ranger and Damn Yankees fame. Great guy. He loves and collects Spanish American War materials and is an expert on Teddy Roosevelt's Rough Riders. We went next door to Janie's and , over lunch, talked about all things Western. 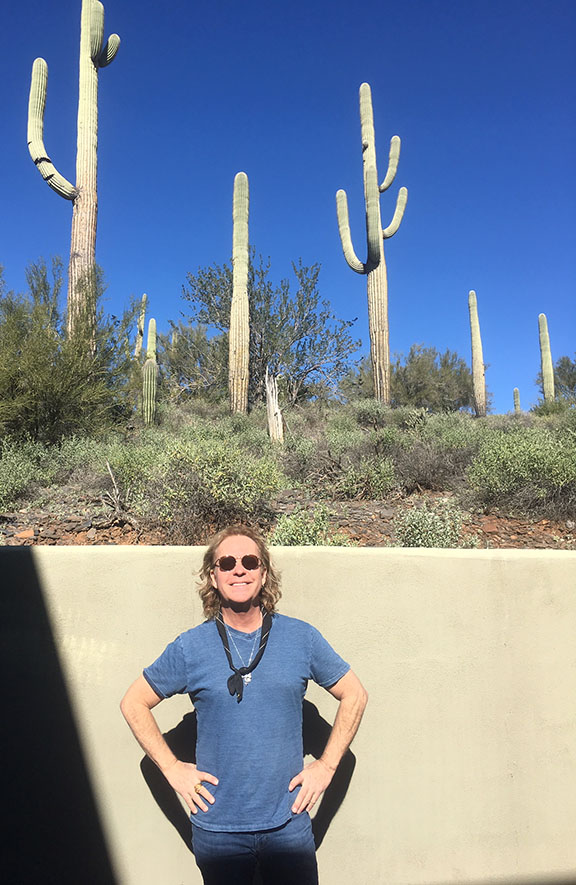 "You have to remember one thing about the will of the American people: it wasn't that long ago that we were swept away by the Macarena."
—Jon Stewart
Posted by Bob Boze Bell at 1:28 PM