Smoke of A Forty-Five and Del Webb Makes the Catch

December 13, 2018
Grabbing boards right and left, splashing paint all around. 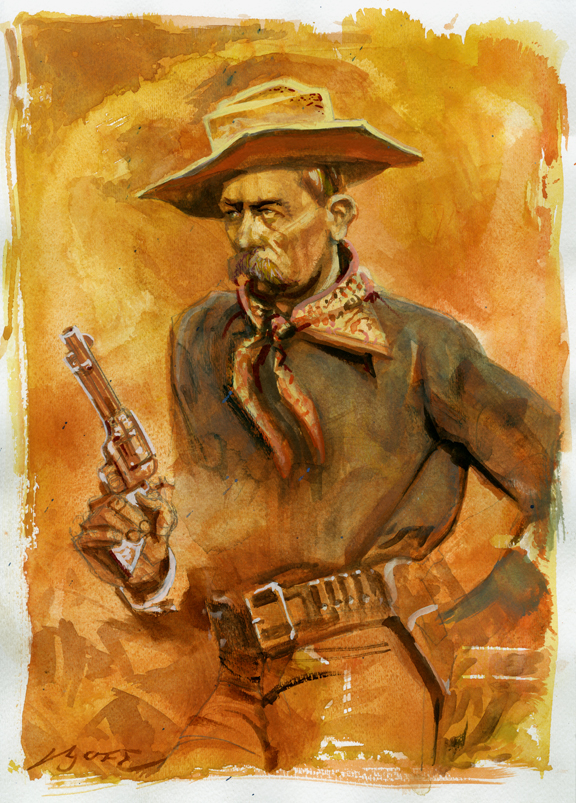 Daily Whip Out:
"Smoke of A Forty-Five"

Got a request from researcher and writer, Erik Wright who wants to inquire about using one of my scout images for a book he's doing. 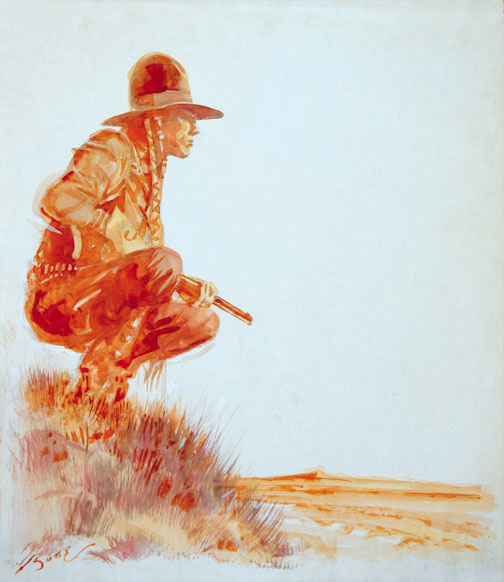 For all you Zonies, yes, the model for this one is Flint Carney, In-din model extraordinaire. Meanwhile, here's a work in progress: 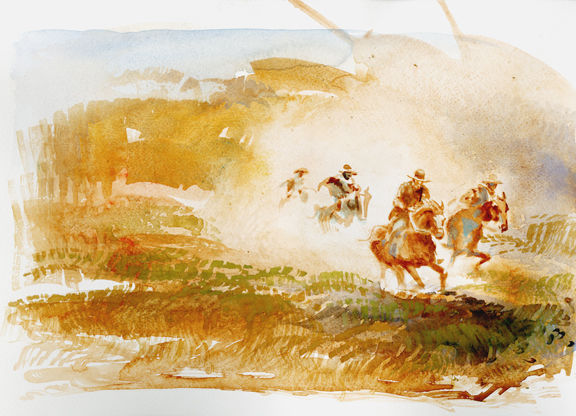 And here's a second wash on the same board: 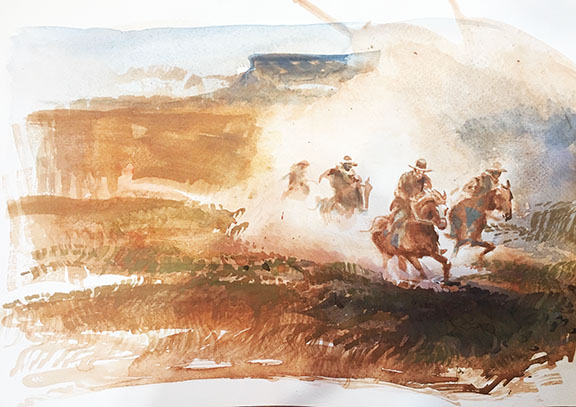 This second one was shot on my phone on the floor of my studio, so the color is slightly subdued (as you can see in the first one). Expect a third wash. Speaking of good catches. 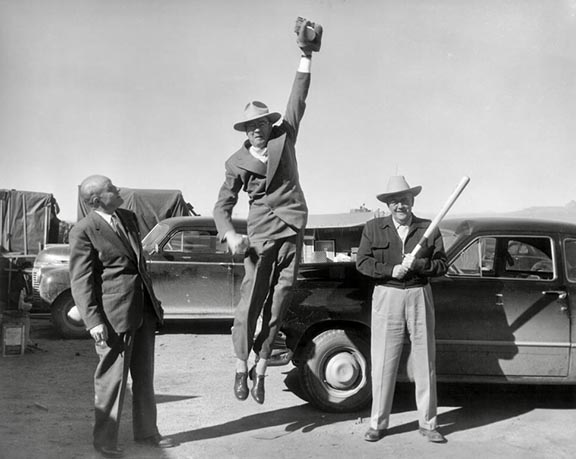 A humorous publicity shot of land developer and builder Del Webb, who built much of Sun City and other mega-subdivisions in the Valley. Webb was a huge baseball fan and advocate and, in fact, owned the New York Yankees from 1945 to 1964.

My good friend Juni Fisher has just published her first book and this morning I took a few minutes to start reading, "Girls From Centro," which refers to a part of Nogales, Sonora.

"She sounded like angel music played on goat bells, far off in the hills."
—Juni Fisher, in her new novel "Girls From Centro"