For The Love of Outlaws In A Big Old Goofy World

December 21, 2018
Dealing with a whole bunch of artwork for our big Doc show on January 24th. Here's a monoprint that will be at Cattletrack: 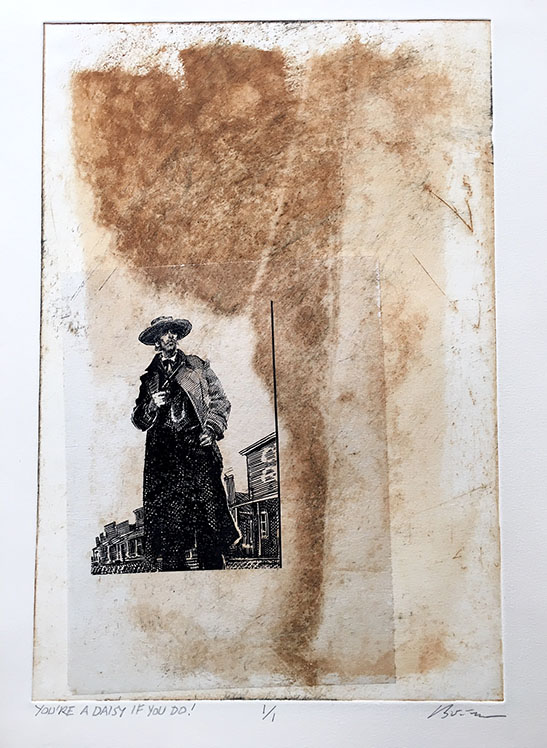 Got the dust dog moving and grooving as well: 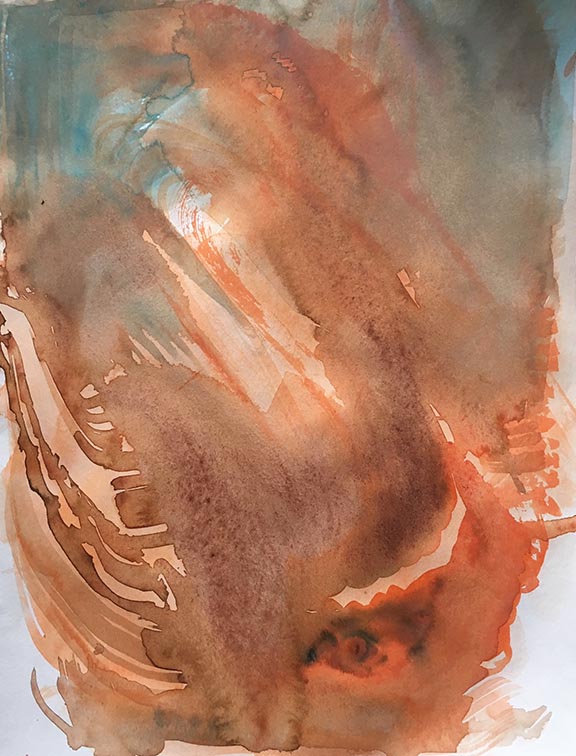 
My artist friend Thom Ross often sends me random postulations on the history of the world, mostly as it relates to myths and legends of the Old West. The thing I especially like about the Kid (some of us call Thom "The Kid") is that he likes to dig deep. Case in point:


"My ex-wife was over here a few weeks ago and I was watching this Australian outlaw film about the noted bushranger, Ben Hall, and she went off her rocker asking me why I enjoy movies about bad men and why I celebrate them.

"She was in no condition to listen to my explanation (if I had one) but her question does raise a valid question of WHY we find such thugs and murderers of such interest that we make movies about them, write poems about them, and do art work about them.

"What IS that thing that draws us to them?

"They become the focus of our attention while the really good and decent people who had to deal with them (and often got killed by them) are forgotten.

One of those two men has had a LOT of movies made about him.

For The Love of Outlaws
Years ago, I had a similar encounter with Kathy. She is a therapist, of course, and she just could not get her head around the fact that I love "psychopaths" (Billy the Kid") and "sociopaths" (Black Jack Ketchum and several hundred other outlaws). 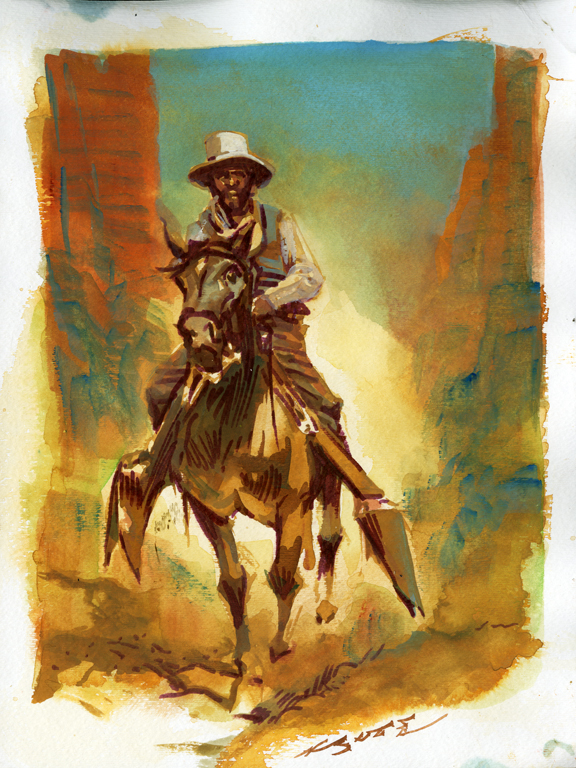 
What's the deal with this love for outlaws? My armchair self-analysis is that the outlaws of the Old West hit a damaged nerve in me. The part of me who not only got slapped down by a variety of teachers and adult authority figures, but I was also knocked down by bullies. The outlaws took none of that guff and gave back as good as they got. One time I was out at Winter Range to take some photos of the Boys posing in all their cowboy-gunfighter finery. I don't know why, but when I got back to my car I looked in the mirror and said to myself, "Scared little boys. We're all just scared little boys."

Speaking of My Therapist Better Half:    Kathy and I have been groovin' on some deep John Prine cuts. Discovered this one last night on the road home from my birthday celebration at Rancho Pinot in Scottsdale.

It's A Big Old Goofy World

Up in the morning
Work like a dog
Is better than sitting
Like a bump on a log
Mind all your manners
Be quiet as a mouse
Some day you'll own a home
That's as big as a house
I know a fella
He eats like a horse
Knocks his old balls
Round the old golf course
You oughta see his wife
She's a cute little dish
She smokes like a chimney
And drinks like a fish
There's a big old goofy man
Dancing with a big old goofy girl
Ooh baby
It's a big old goofy world
Now Elvis had a woman
With a head like a rock
I wished I had a woman
That made my knees knock
She'd sing like an angel
And eat like a bird
And if I wrote a song
She'd know ever single word
Kiss a little baby
Give the world a smile
If you take an inch
Give 'em back a mile
Cause if you lie like a rug
And you don't give a damn
You're never gonna be
As happy as a clam
So I'm sitting in a hotel
Trying to write a song
My head is just as empty
As the day is long
Why it's clear as a bell
I should have gone to school
I'd be wise as an owl
Stead of stubborn as a mule.
—John Prine, "Big Old Goofy World"
Posted by Bob Boze Bell at 12:43 PM