Eyes of A Gunfighter And Other Ridiculous Efforts

June 27, 2019
We're wrestling with another cover. The problem is that we want to feature John Ringold on the cover but there's only one known photo of him and he looks like a stuffy banker. So I noodled this before I came into work this morning. 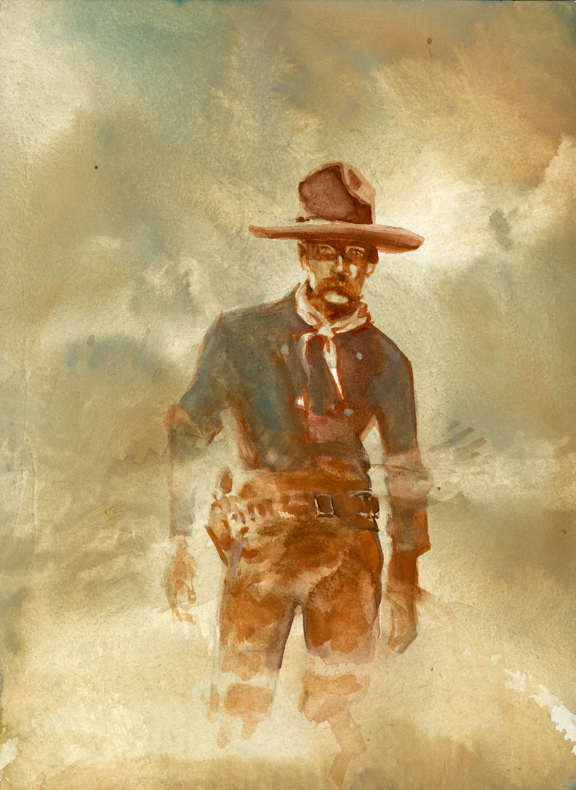 Daily Whip Out: "Eyes of A Gunfighter"

Not quite strong enough, although we may use it inside.

So, our intrepid art director, Dan The Man, put together the following composite, utilizing the only known photo of John Ringold  and marrying his face to a pretty cool sombrero clad warrior. 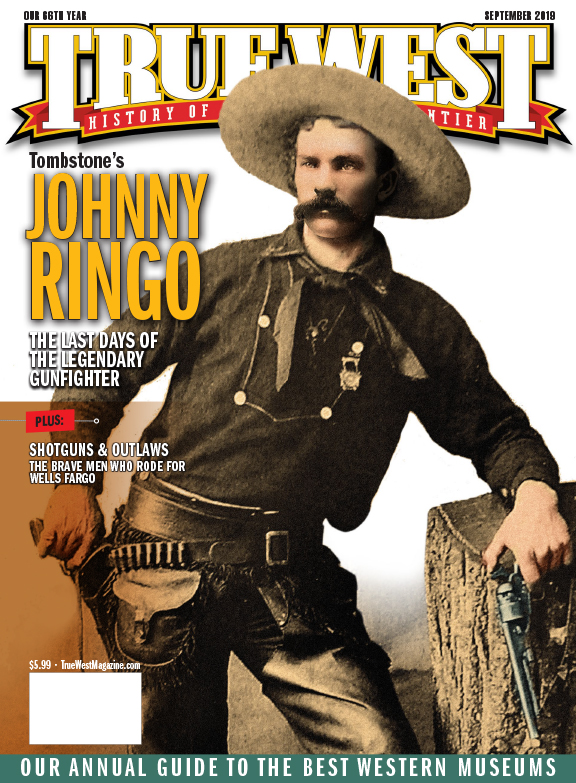 Unfortunately, our editor, Stuart Rosebrook does not like this and thinks it looks fake (which it is, but it's a cover representation of what Ringo might have looked like in his cowboy gear). But our production manager, Robert Ray also says it's a little too "Monty Python." So that killed this effort, much to my disappointment.

Meanwhile, I just got the artprints from JC Printing for this little puppy: 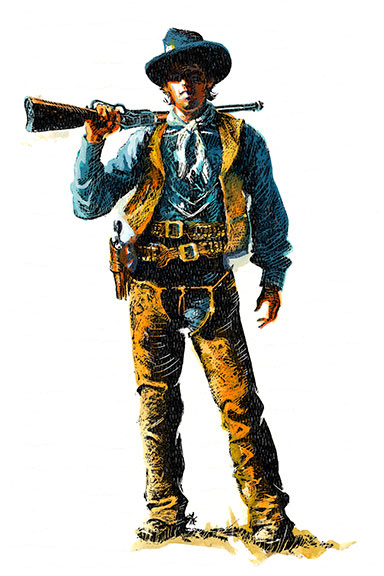 "Art should comfort the disturbed & disturb the comfortable."
—Banksy