June 16, 2019
Received a forward from my artist pard Buckeye Blake, who, in turn, received it from his Cowboy Artist son, Teal. According to Buckeye, Teal woke up this morning and snapped this photo of Shiprock on a cool morning and sent it to his dad as a Father's Day greeting. 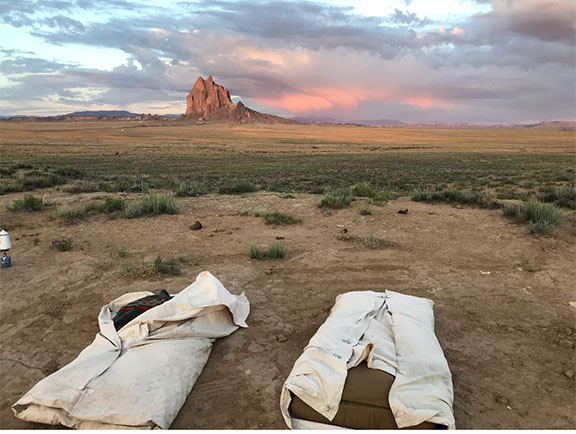 And so now I'm sending it on to you to do the same. According to his dad, Teal and another Cowboy Artist camped out last night on their way to an artist ride in Logan, Utah and woke up to this sight.

A thoughtful son he is. 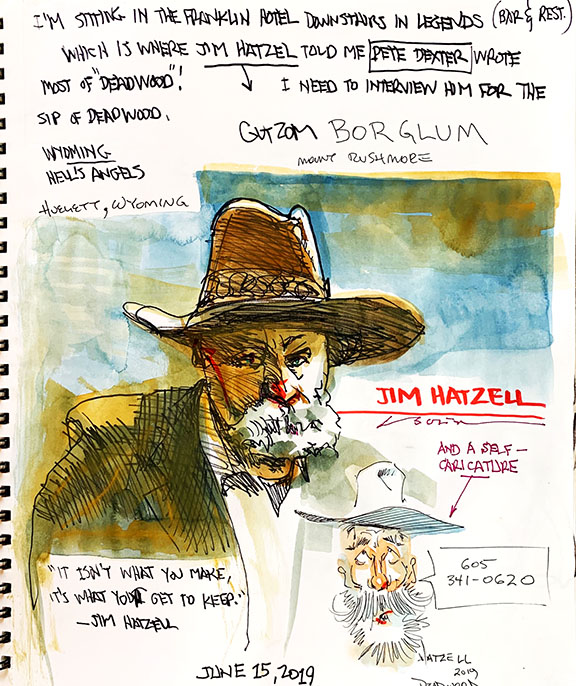 On Saturday, after my book signing at the Adams Museum in Deadwood, I hung out with another one of my artist pards, Jim Hatzell. We had dinner at Legends Restaurant, in the basement of the Franklin Hotel. Jim showed me where Pete Dexter wrote most of his classic book, "Deadwood," and I made a point of going back there for breakfast the next morning, so I could soak up the vibes. When I asked the waitress about it, where he sat, etc., here is what she said: "I don't know."

Not even a, "I've never heard about that." Or, "Where did you hear that?" Or, "That's interesting. You old people sure know a lot for looking so clueless."

Now, is it just me, or is there a creeping lack of polite, personal exchange skills among a significant part of the Millennial kids? Is it the phones and living on them? I must say I had this encounter several times over the weekend, every time with young, service staff where they just couldn't be bothered with talking to you on even pretending on a superficial level. A level that was drilled into us on any job where you had to deal with the public. Somehow, it seems to me, that old ethos is being lost: The customer is always right.

Or, maybe they're just more direct and don't want to even pretend they care?

Left Deadwood at ten, drove back to Rapid City, South Dakota and met Jim and Jackie Hatzell for lunch at Perkins, then hoofed it out to the airport and took a puddle jumper to Denver with a two hour layover.

Used the time in both airports to sketch. 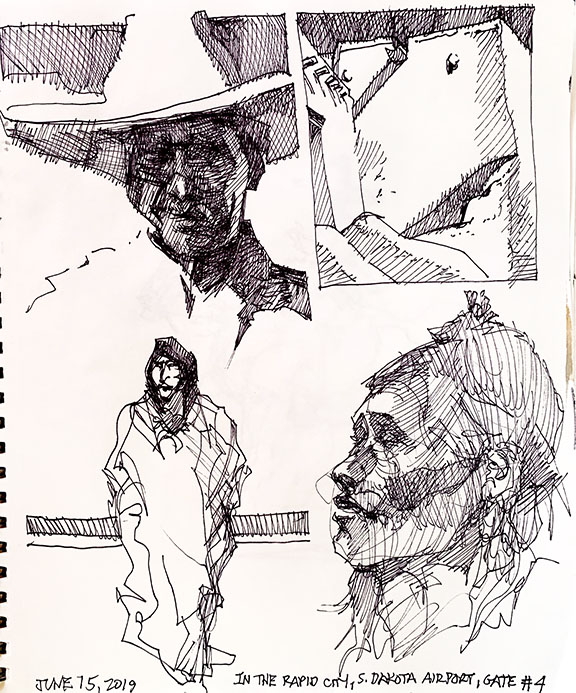 Then hopped on a United flight down out of the Rockies and into the furnace (Phoenix) and then another hour drive out to Cave Creek. Eleven hours, door to door.

Almost too old to do this anymore. Or, at least I'm more cranky about it. "Get off my lawn!" 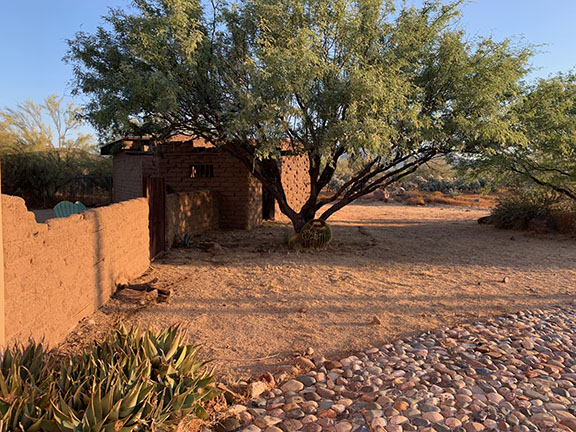 Early Morning Light On The Pumphouse

Had a nice morning and watered. It's cool out (mid-sixties) until around ten when it gets oppressive.