June 30, 2019
It was Fred Nolan who first informed me that behind every successful man, is a "surprised woman." That's clever in a Brit kind of way, but I discovered another side to this bromide when we bought a certain magazine, twenty years ago this September. 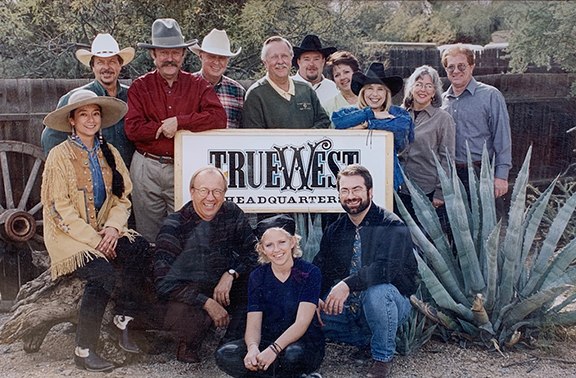 
My original two partners (standing behind me, above) and myself, put up $250,000 each. We quickly burned through that money and one of the partners bailed. After another $200,000 infusion failed to turn the boat, the second partner left, and soon enough we were out of money with a payroll in two days. It looked very, very bleak.

Two people stuck with me. 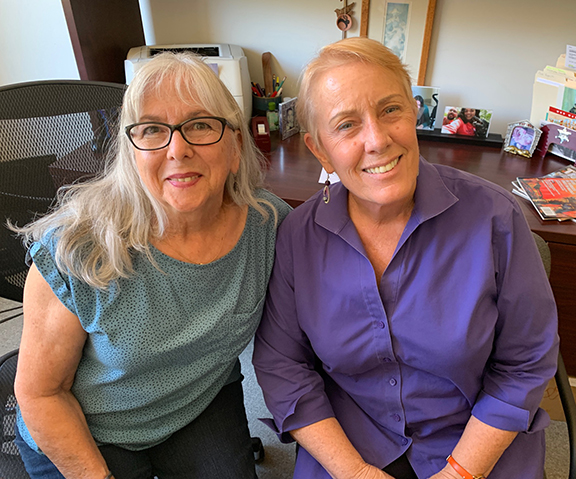 Both put their houses up for loans and we somehow, some way managed to squeak by.

Both women have interesting back stories. Kathy Sue survived teaching eighth grade math and she once dated the "Sexiest Man Alive" (Nick Nolte) and she did her share of hobnobbing with rock stars when she was with the legendary "Voice of God" William Edward Compton. 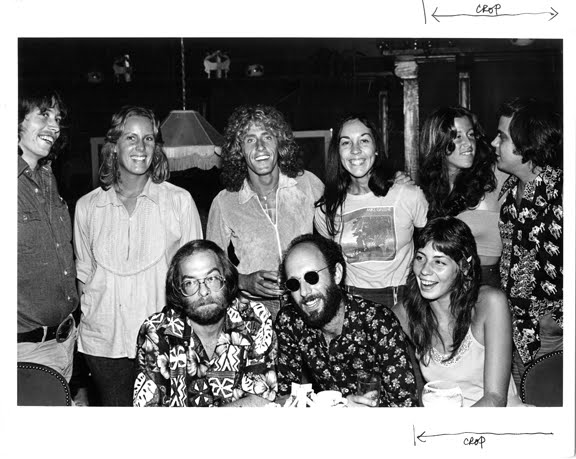 Kathy, second from left, standing next to
Roger Daltry of The Who and that's William Edward, bottom left.

Carole (William Edward's sister) could also be found in the company of hipsters and shakers. 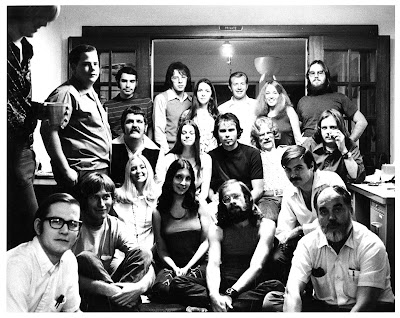 
So, the next time you pick up a True West magazine, you should definitely give thanks to its continued existence because of two strong women who stepped forward when everyone else ran away. They stepped into the breech and backed a kid from Kingman who will forever be grateful to both of them.

"Behind some successful men, stands a woman, or two, who have his back."
—Old Vaquero Saying

“Women are like teabags. We don’t know our true strength until we are in hot water.”
—Eleanor Roosevelt