Write Every Day, Without Hope, Without Despair, Then Grab A Bean at The Heatwave

June 18, 2019
Thanks to my curator, Kristi Jacobs, I've been reviewing my old comic strips about the Heatwave Cafe. 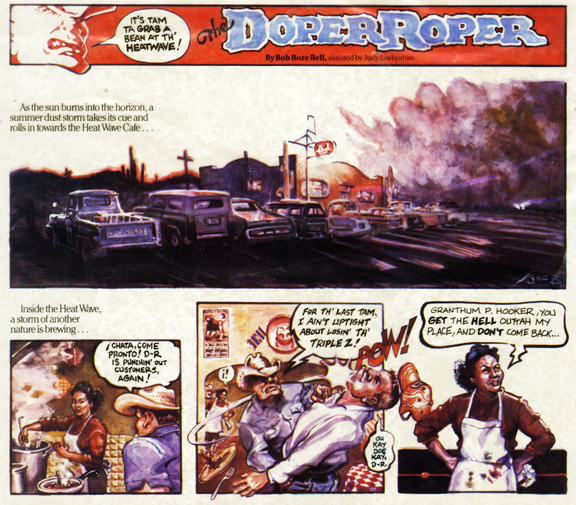 All of which reminds me that when I was trying to make Honkytonk Sue into a movie the last time around, my muse, Kathy Sue Radina, told me I needed to learn how to tell a story, so she signed me up for a writing class at ASU. 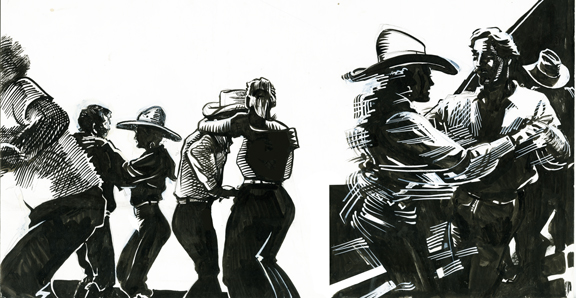 The Queen of Country Swing in action, circa 1987. Dang that girl could move and she made every guy she danced with look like a country prince.

Yesterday I was purging crap out of my studio and I stumbled across a blue, "Expert Steno Notebook" 80 sheets, 6" X 9", greentint and something called "Gregg Ruled." Inside, were all my notes from the class I took.

I carved out time from my art director job at New Times Weekly in order to drive out to the Tempe campus for the classes. This was in the fall of 1987. I missed a few classes because of deadlines and other commitments, but I did write down the teacher's office hours: (11:30—1:30), and my notes indicate he had a keen sense of knowledge about the architecture of space and third person limited narrative. Here are a few highlights from the class:

"You'll end up in jail again." (implying something we'll perhaps never find out in the story).

"Not every snap needs to be buttoned before the story is sent off to school."

"When you are building a house, you don't start with the door. it makes sense, but that's where you go in. Start on page 120 with something you know."

"We're responsible for interpreting the world in a new way."

"Our secrets are all the same." [I use this example ALL the time!]

"We're writing so we can see."

"You always think everybody has more information than you, but they rarely do."

"Write a little every day, without hope, without despair." [This is my favorite saying in the world, period. In fact, it's why I write this blog.]

The 16th and final class came off on December 8, 1987. I learned a ton from the teacher and, irony of ironies, the two of us are now talking about working together on a project, which has the working title of:

"The Last Fandango at The Heatwave Cafe" 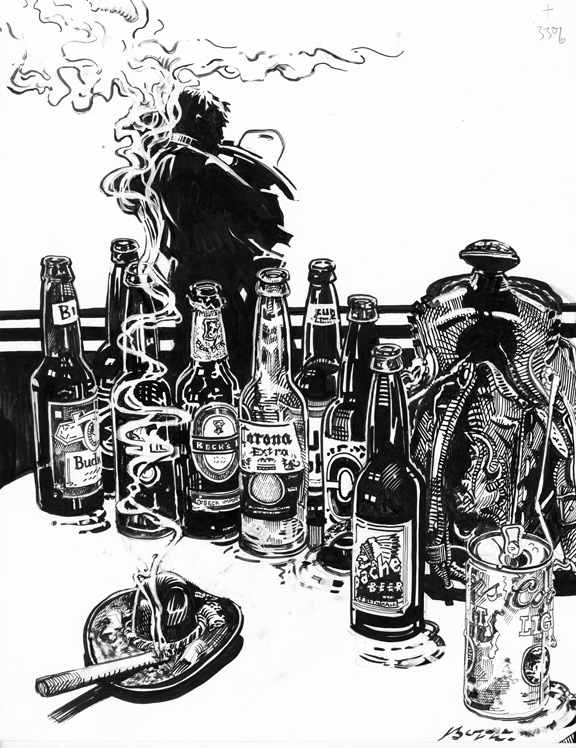 "Success is the ability to work."
—Ron Carlson
Posted by Bob Boze Bell at 3:59 PM