The Graduate Chapel Gets Zonie Usage 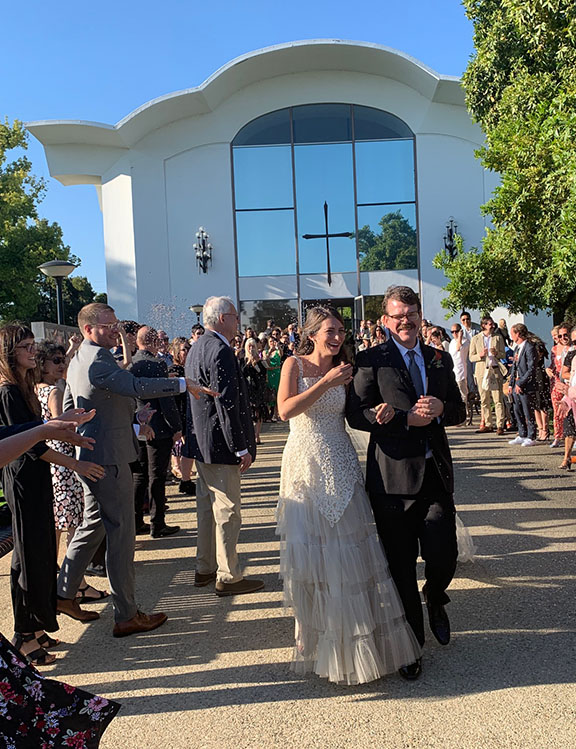 The Mells go for a walk

Kathy and I were in LA this weekend for the wedding of Carson Mell to his lovely bride Kelly, who will forever more be known as Kelly Mell. She is a documentary film maker, of course, and has a penchant for offbeat subjects (the jury selection questions in the Timothy McVeigh case?)

The ceremony was totally zany and inspiring right down to the choice of the church, which is the chapel used in the classic film "The Graduate." 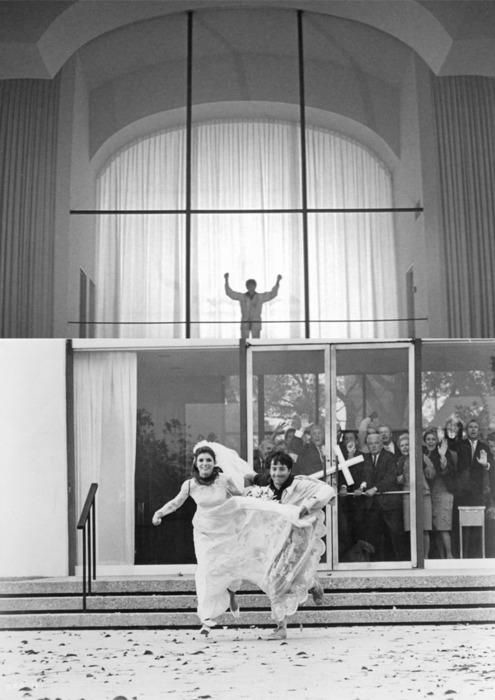 You may remember, at the end of the movie Dustin Hoffman's character bangs on the glass in the balcony of the church to disrupt the wedding of Katherine Ross's character. 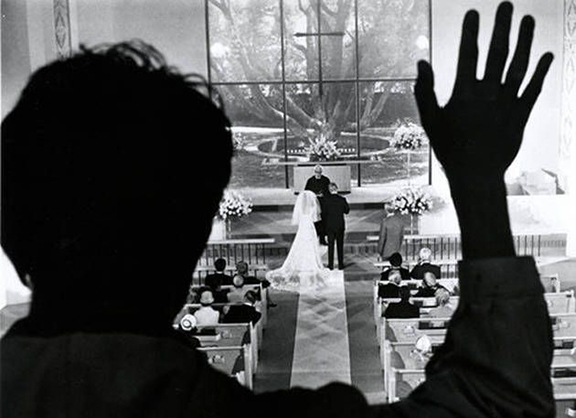 Carson and Kelly got married on the same exact spot as in this scene from "The Graduate." Kathy and I were sitting to the right of Dustin's right elbow.

This is so Carson that he would want to be married there. 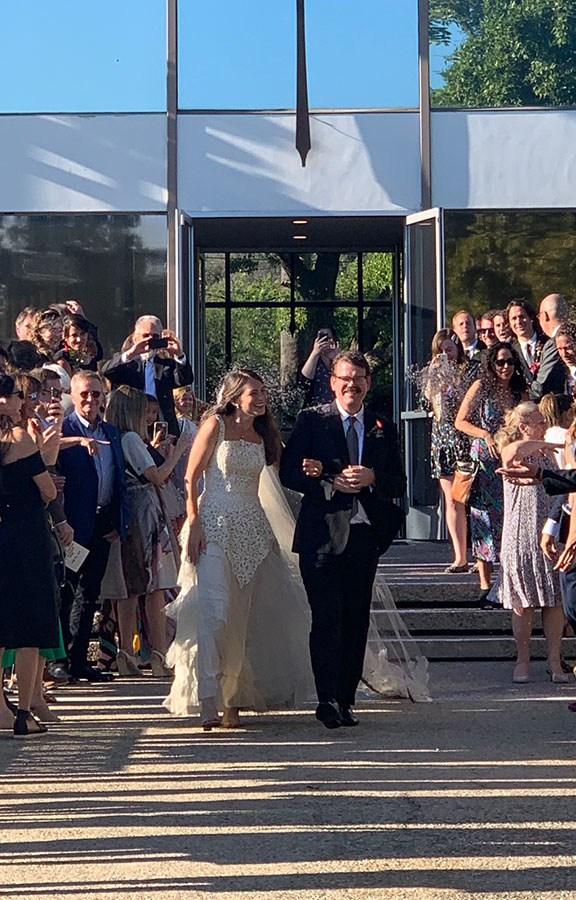 After the wedding we met at a historic museum and ranch. 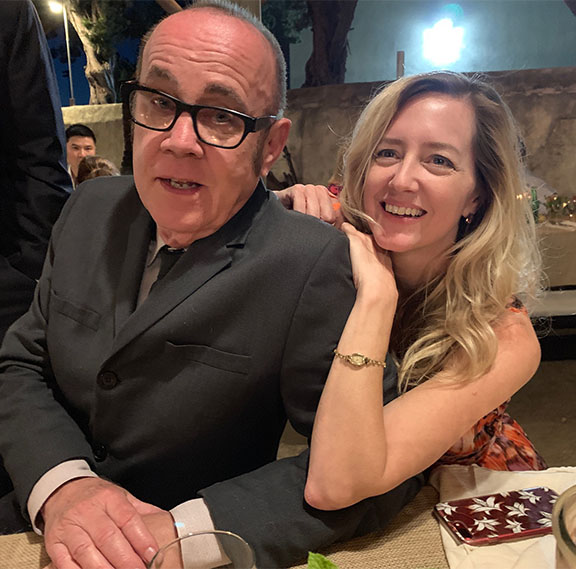 That Guy With the Multiple Business Cards

At the reception we sat across from Jim Cherry and Evie Ryland. Evie is a bit of a pioneer as she started the first art gallery on Roosevelt, in downtown Phoenix, which has blossomed into a wonderful street of galleries and on a weekly basis, 10,000 people are on the street on Thursday evenings. Evie is the founder of that feast.

Jim is a hep cat, one of the heppest I know. Through the course of the evening, he gave me at least six different business cards, all foisted on me with Jim's best oily-networker voice. A parody of earnest networkers and media savvy social climbers. In short, we laughed and laughed. Jim's prose has been described as "Hilarious, disturbing, heartwarming." That pretty much sums him up.

Here's some of Jim's work:

"There's nothing worse than an idiot with a valid point."
—Old Vaquero Saying