Four Is The Toniest Number

June 17, 2019
Four is a magic number to the Apaches. Here we see the G-Man with four distinct stars in a grizzly bear sky. 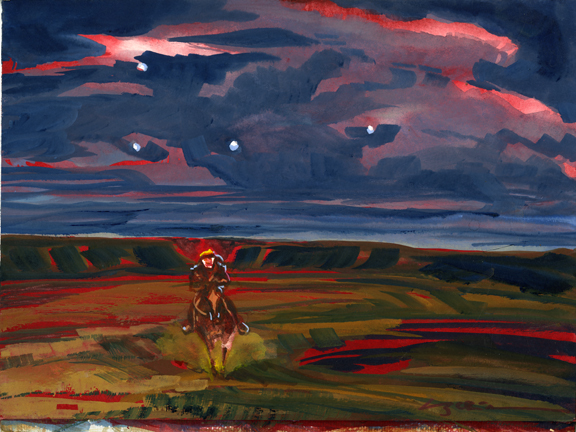 Daily Whip Out:
"The G-Man Rides Under a Grizzly Bear Sky"

I bought a bunch of lillies before I left for Deadwood last week and when I returned they were all in full bloom. Made for a nice homecoming treat. 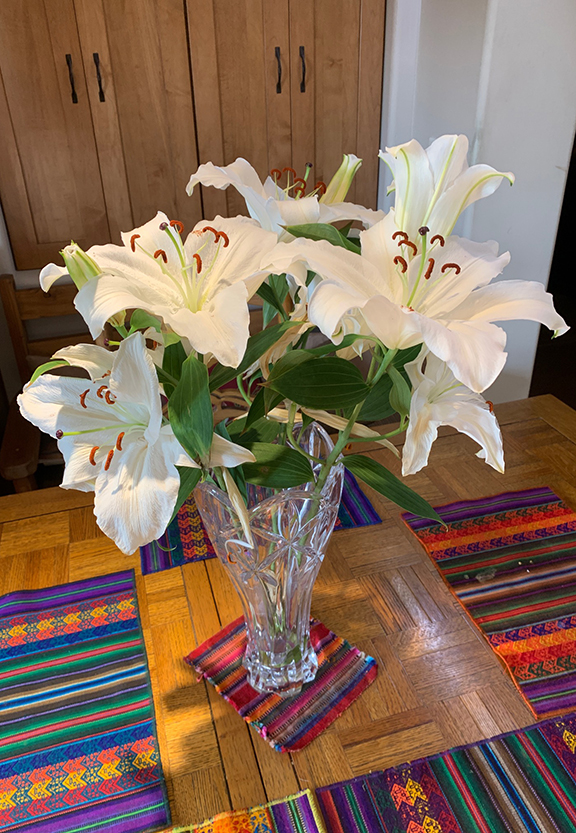 Lillies of The Field

Got this flashback photo from the Top Secret Writer of a book signing in Prescott a couple years ago when Paul Andrew Hutton (in vest) launched his "Apache Wars" book at the Peregrine Bookstore. Some big dogs, right there. 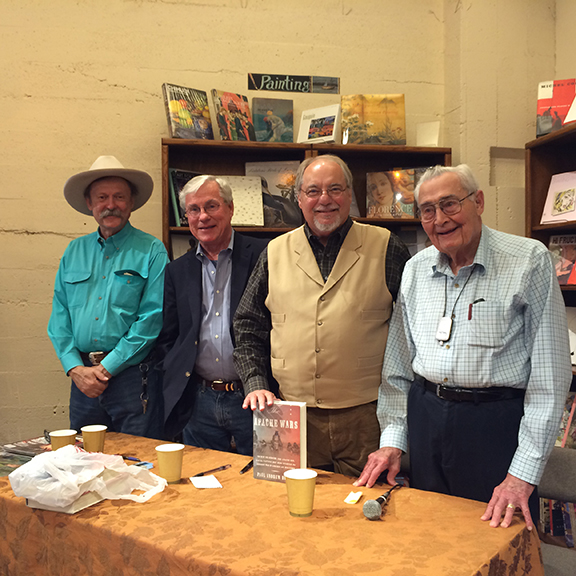 Three Giants of History and a Humor Ringer

Watched the Bob Dylan "Rolling Thunder Revue" doc by Martin Scorcese, on Netflix last night. I knew most of the story, but I was intrigued by the great hat Bobby Zimmerman wore for the tour. 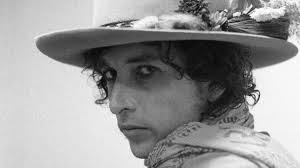 And I must say I was quite intrigued by the massive amount of seemingly random, non-sequitur lyrics that boy from Minnesota was able to spout off so succinctly in song after original song.

"Someday everything is going to be different when I paint that masterpiece."
—Bob Dylan,